Founded in 2014, MPavilion is Australia’s leading architecture commission and design event. Every year the Naomi Milgrom Foundation commissions an outstanding architect to design a temporary pavilion for the Queen Victoria Gardens, in the centre of Melbourne’s Southbank Arts Precinct. Each MPavilion brings creative collaborators together to present a free, four-month-long program of talks, workshops, performances and installations, and more, from October to February. MPavilion spotlights Melbourne as the creative and design capital of Australia, and with Melbourne as a world renowned leader in liveability, MPavilion continues to foster discussion about the role design, architecture and culture have in creating a city that is liveable, creative and equitable. Taking its cues from the ancient amphitheatre, MPavilion 2017 blurs the lines between inside and outside, in a skillful yet empathetic manipulation of the surrounding landscape in Melbourne’s Queen Victoria Gardens. OMA’s MPavilion design seeks not only to employ the qualities of the amphitheatre, but to build on them and to bring to life a flexible space that can function as a stage, tribune or even playground. Rem Koolhaas and David Gianotten said: “MPavilion is a project that hopes to provoke discussion around what architecture can do both globally and in an Australian context. We’re interested in treating this pavilion not just as an architectural object, but as something that injects intensity into a city and contributes to an ever-evolving culture.”
MPavilion is an initiative of the Naomi Milgrom Foundation, supported by City of Melbourne, State Government of Victoria, through Creative Victoria and ANZ. The Naomi Milgrom Foundation is a not-for-profit organisation that exists to initiate and support great public design, architecture and cultural projects. 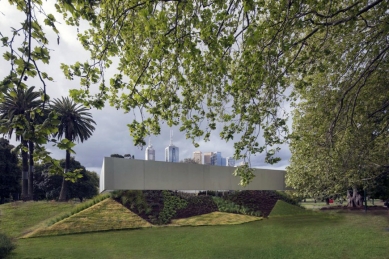 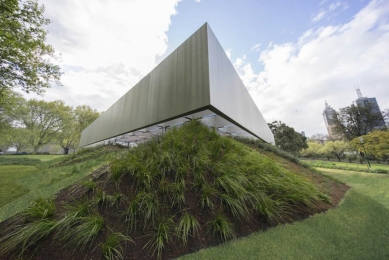 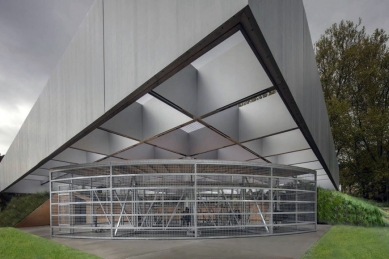 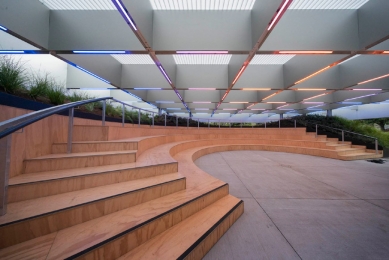 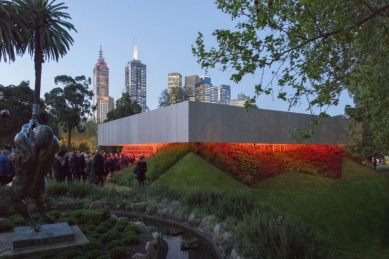 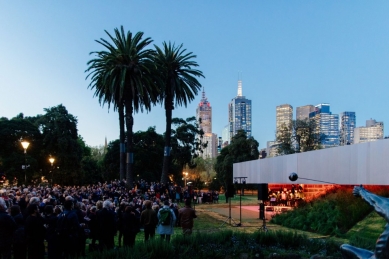 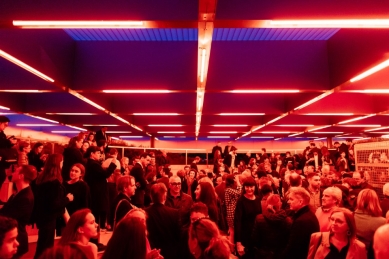 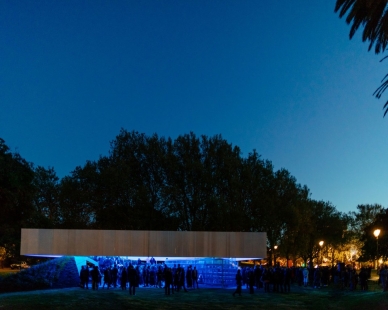 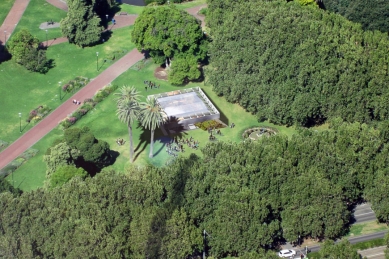 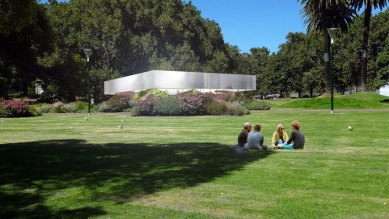 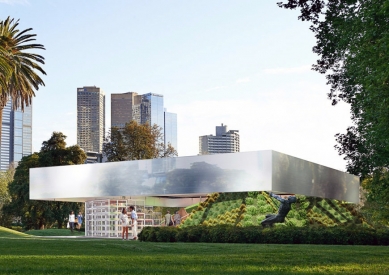 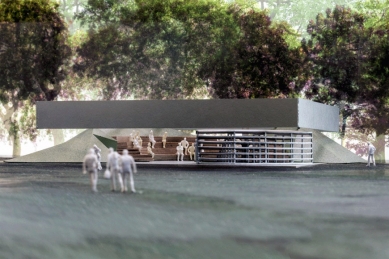 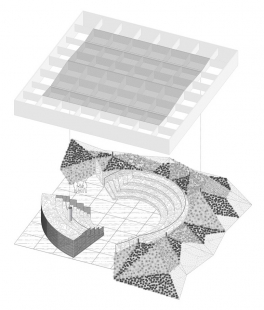