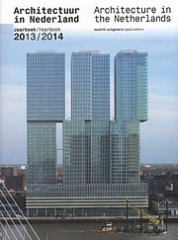 Architecture In The Netherlands
Yearbook 2013/14

900 Kč
De Rotterdam is conceived as a vertical city: three interconnected mixed-use towers accommodating offices, apartments, a hotel, conference facilities, shops, restaurants, and cafes. The project began in 1997. Construction started at the end of 2009, with completion in 2013. The towers are part of the ongoing redevelopment of the old harbour district of Wilhelminapier, next to the Erasmus Bridge, and aim to reinstate the vibrant urban activity - trade, transport, leisure - once familiar to the neighbourhood. De Rotterdam is named after one of the ships on the Holland America Line, which departed from the Wilhelminapier in decades past, carrying thousands of Europeans emigrating to the US.
The three towers reach 150m high, with a gross floor area of approximately 162,000 m², making De Rotterdam the largest building in the Netherlands. OMA's architectural concept produces more than sheer size: urban density and diversity - both in the program and the form - are the guiding principles of the project. De Rotterdam's stacked towers are arranged in a subtly irregular cluster that refuses to resolve into a singular form and produces intriguing new views from different perspectives. Similarly, the definition of the building changes according to its multiple uses internally.
The various programs of this urban complex are organized into distinct blocks, providing both clarity and synergy: residents and office workers alike can use the fitness facilities, restaurants, and conference rooms of the hotel. And these private users of the building have contact with the general public on the ground floor, with its waterfront cafes. The lobbies for the offices, hotel, and apartments are located in the plinth - a long elevated hall that serves as a general traffic hub for De Rotterdam's wide variety of users. 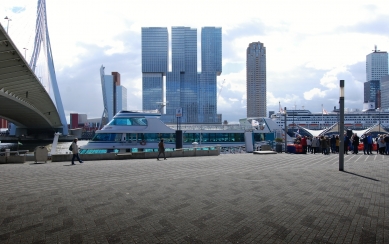 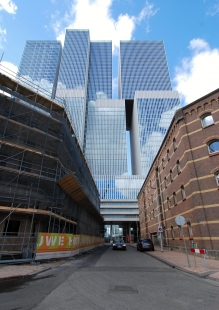 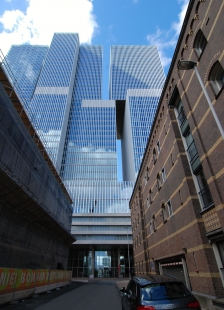 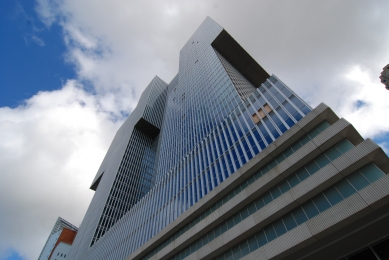 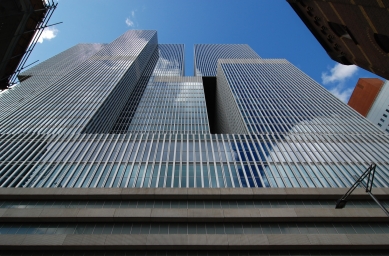 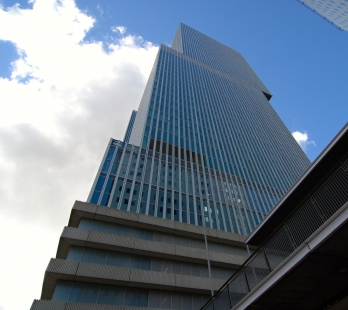 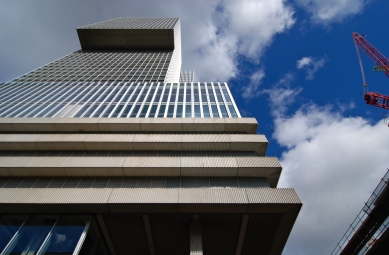 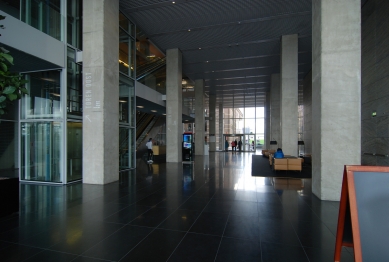 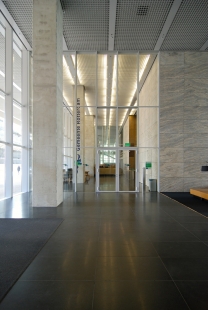 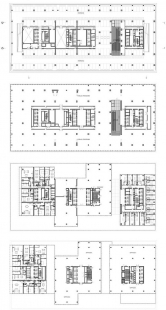 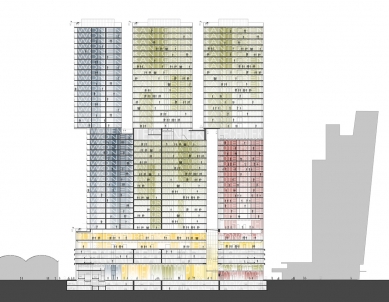 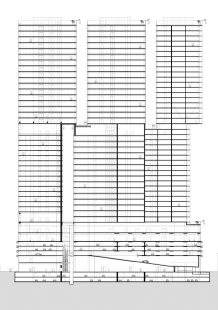 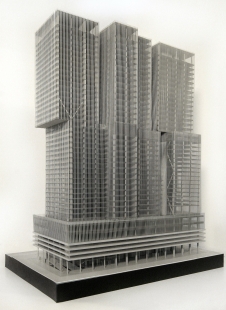 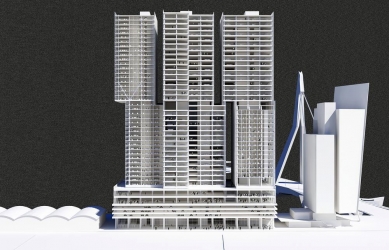