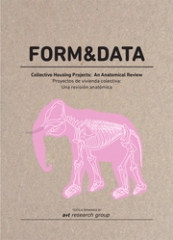 850 Kč
For Rotterdam's Timmerhuis, a new building for the city hall that accommodates municipal services, offices, and residential units, OMA conceived a modular building with repeated units gradually set back from the street as they rise into two irregular peaks. The building's composition of smaller cells creates an impressive, complex form when viewed from Coolsingel, one of Rotterdam’s main arteries, and allows for subtlety and adaptability as the new building meets the Stadstimmerhuis (a municipal building, from 1953), which surrounds it on two sides.
The Timmerhuis’s innovative structural system generates maximum efficiency and versatility both in construction and in program: units can adapt to either office space or residential parameters as desired. Green terraces on higher levels provide the possibility of an apartment with a garden in the heart of urban Rotterdam. On the street level, the structure allows for generous open space, with modules overhanging rather than encroaching into an interstitial area, encouraging an active and open engagement between the Timmerhuis and the city.
The design brief stipulated that the Timmerhuis must be the most sustainable building in the Netherlands. OMA tackled this imperative through the building’s core concept of flexibility, and also through the two large atriums, which act like lungs. They are connected to a climate system that stores warmth in summer and cold in winter and releases this energy as warm or cold air as required. The building’s triple glazed curtain wall facade uses hi-tech translucent insulation that allows for unprecedented energy efficiency.
Rather than being yet another statement in Rotterdam’s crowded history of revisionist planning and cacophony of architectural styles, the ambiguous mass of the Timmerhuis tries to mediate between the existing buildings surrounding it. The axis between the existing town hall and the post office coincides with the axis of symmetry of the Timmerhuis, and the street between these two buildings continues into a passageway to the Haagseveer. The Timmerhuis integrates with the neighboring Stadtimmerhuis by maintaining the same floor heights, while the plinth height of 20m conforms to the character of the surrounding Laurenskwartier. 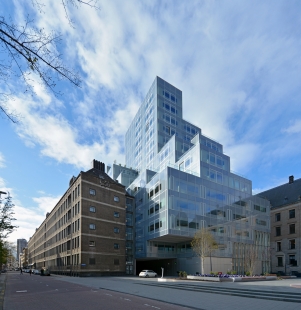 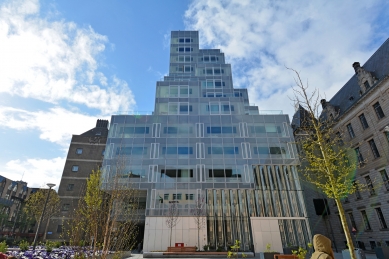 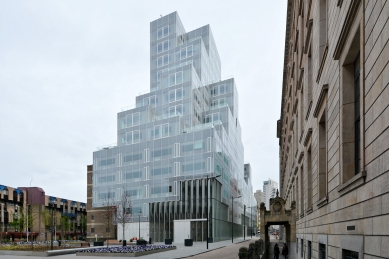 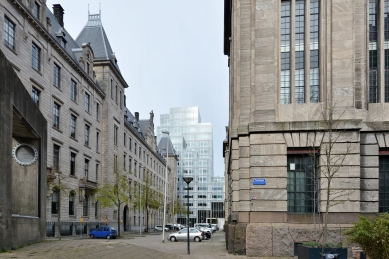 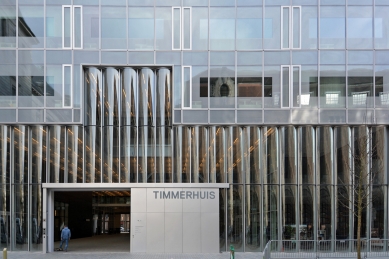 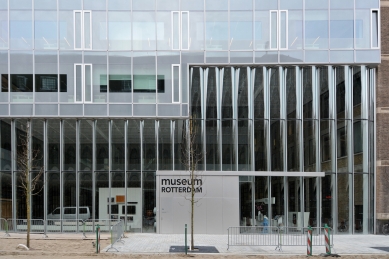 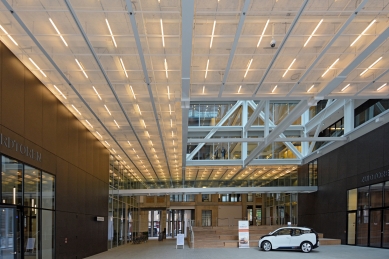 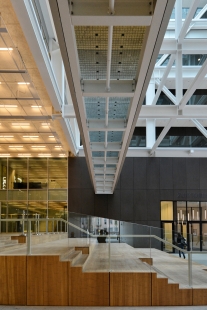 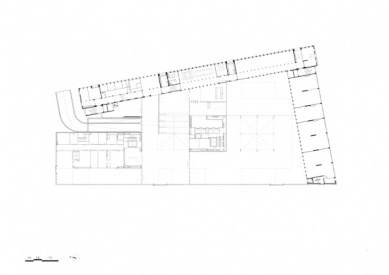 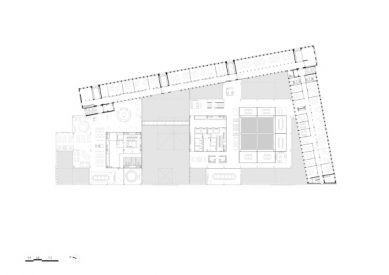 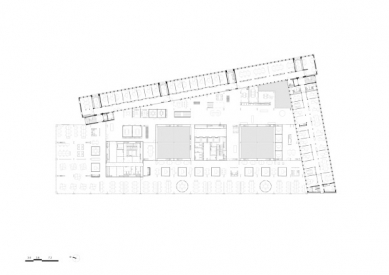