First constructed in 1228, and located at the foot of the Rialto Bridge across from the fish market, the Fondaco dei Tedeschi is one of Venice’s largest and most recognizable buildings. It was used as a trading post for German merchants, a customs house under Napoleon, and a post office under Mussolini. Depicted by Canaletto and other masters, and photographed countless times as the impressive but anonymous backdrop of the Rialto bridge, the Fondaco stands as a mute witness of the Venetian mercantile era, its role diminished with the progressive depopulation of Venice.
Twice destroyed by fire and rebuilt (in its current form in 1506), manipulated in the 18th Century, and then subject to a series of radical architectural interventions in the 20th Century to accommodate the central post office under the fascist regime, the Fondaco quietly embodies Venice’s secret brutality. Almost entirely reconstructed with modern concrete technology during 1930s, the Fondaco is a historical palimpsest of modern substance, its preservation spanning five centuries of construction techniques. Regardless of the history of its adaptations (towers removed, courtyard covered with glass, windows added, structure rebuilt …) and the objective lack of authenticity of its structure, its legal status of ‘monument’ (granted in 1987) forbade almost any change.  OMA’s renovation scheme is based on a finite number of strategic interventions and vertical distribution devices that support the new program and define a sequence of public spaces and paths. Each intervention is conceived as an excavation through the existing mass, liberating new perspectives and unveiling the real substance of the building to its visitors, as an accumulation of authenticities.  The project – composed of both architecture and programming – opens the courtyard piazza to pedestrians, maintaining its historical role of covered urban ‘campo’. The new rooftop is created by the renovation of the existing 19th Century pavilion, standing over a new steel and glass floor which hovers above the central courtyard, and by the addition of a large wooden terrace with spectacular views over the city. The rooftop, together with the courtyard below, will become public venues, open to the city and accessible at all times.  New entrances to the building are created from the Campo San Bartolomeo and the Rialto; existing entrances into the courtyard, used by locals as a shortcut, have been retained; escalators have been added to create a new public route through the building; rooms are consolidated in a way that respects the original sequences; crucial historic elements like the corner rooms remain untouched. Some aspects of the building, lost for centuries, have been resurrected: the walls of the gallerias will once again become a surface for frescoes, reappearing in contemporary form.
The Fondaco dei Tedeschi will unlock its potential as a major destination and vantage point for tourists and Venetians alike; a contemporary urban department store staging a diverse range of activities, from shopping to cultural events, social gatherings and everyday life. OMA’s renovation, both subtle and ambitious, continues the Fondaco’s tradition of vitality and adaptation, its preservation yet another chapter of the building’s illustrious and multi-layered history. It avoids nostalgic reconstructions of the past and it demystifies the ‘sacred’ image of a historical building. The project was led by Ippolito Pestellini Laparelli, Rem Koolhaas and Silvia Sandor. 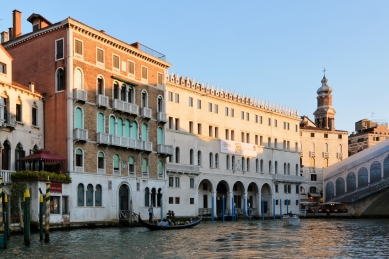 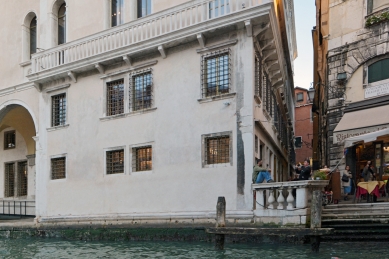 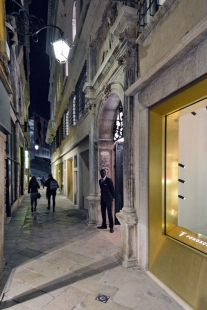 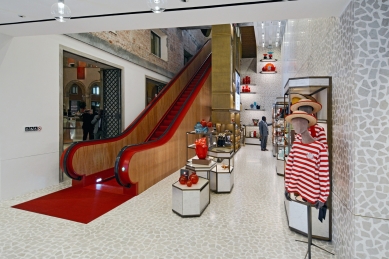 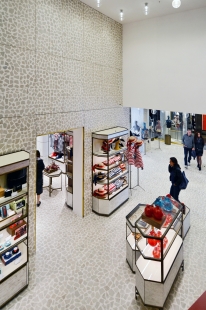 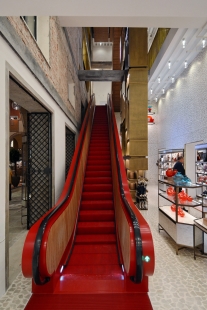 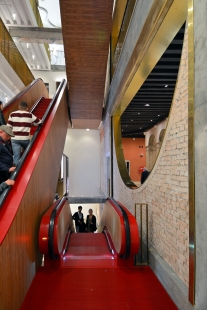 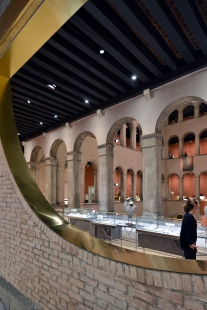 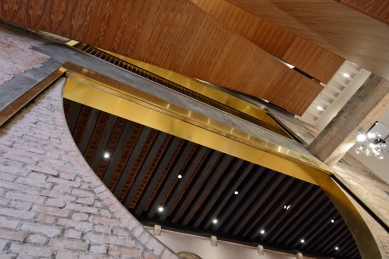 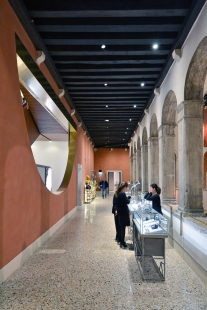 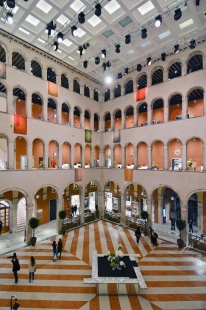 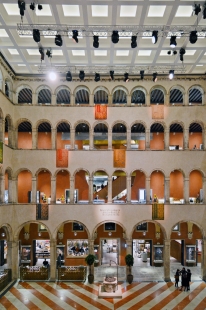 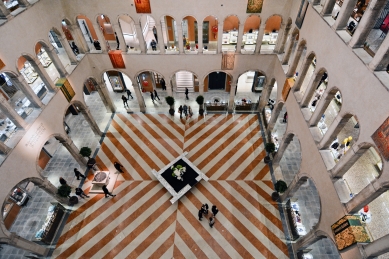 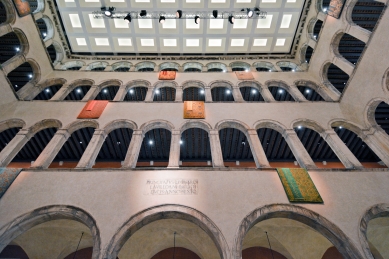 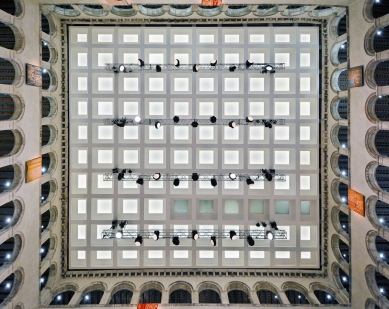 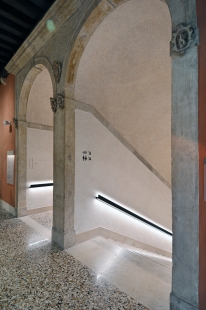 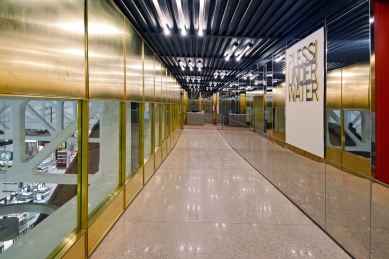 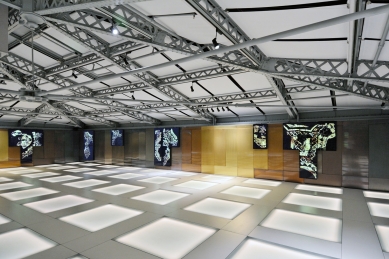 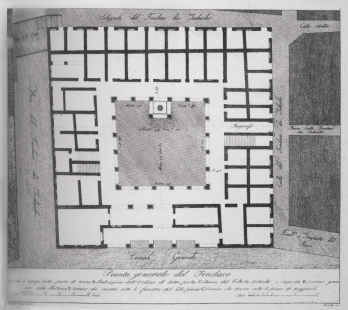 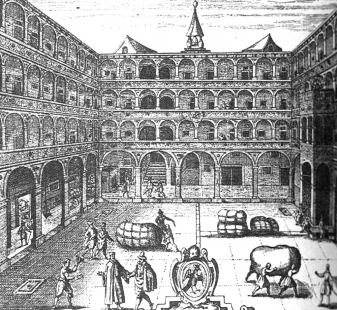 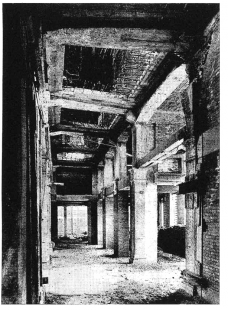 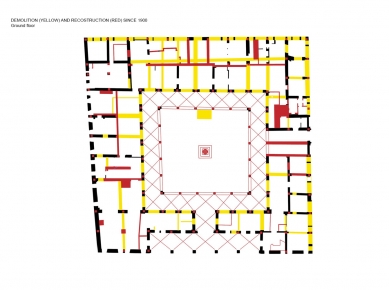 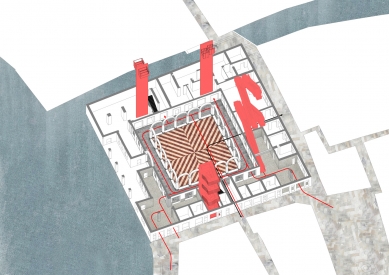 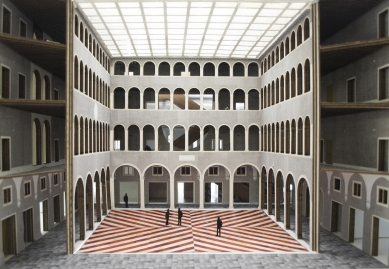 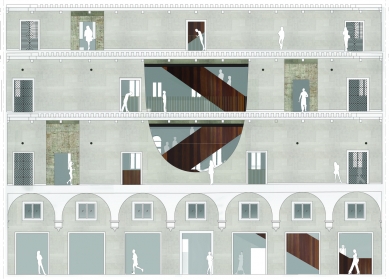 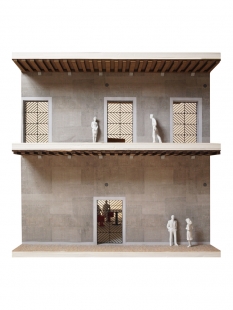