The basis of this proposal is the preservation of a building on the corner of Calle Serra Xic and Plaza Sant Agustí Vell which was to be replaced. Although its exact construction date is unknown, it is almost undoubtedly part of the common typology of old districts, which began with a mud-brick wall structure and later had stone masonry walls added on top, with the final 18th century addition of brickwork. The building has two facades on plaza Sant Agustí Vell and Calle d'en Serra Xic, the entrance point – and two party walls shared with adjacent constructed properties.
This is an unusually large, powerful unit in the context of the local allotments, and is also significant in the configuration of Plaza Sant Agustí Vell. The building, which is virtually bereft of an architectural language, stands out due to its perimeter and height. These features are highlighted by two cornices on different scales that complete the unit. These reasons, the basis for the important urban role of this building, led us to propose its preservation despite its deterioration. The building's renovation will make full sense when the operation is completed with construction of two completely new social housing alongside. 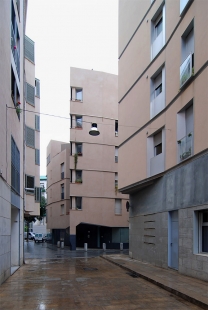 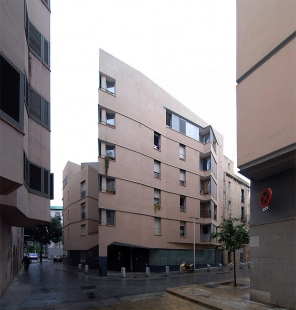 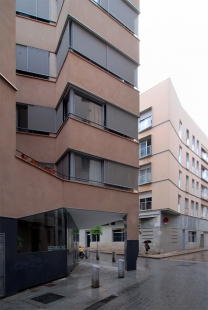 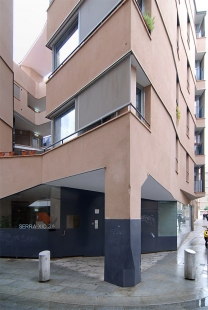 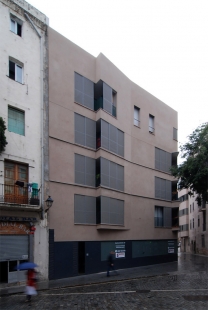 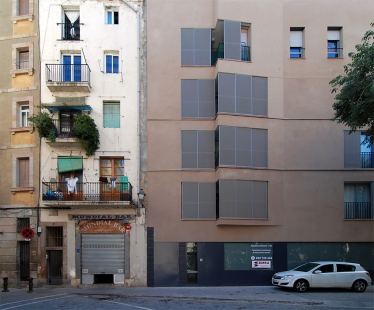 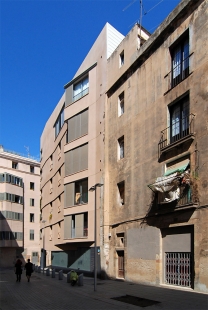