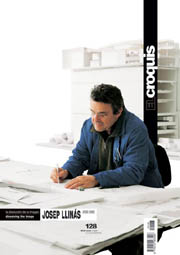 1400 eshop.czk
This proposal arises from two considerations: in the first place, understanding the importance of the facade as a backdrop to the Library site - the sum of the large-scale rear facades of the buildings on Avenida República Argentina -, and secondly, taking up the radical change to the direct link between the ‘green belt’ (bounded by Av. Hospital Militar and Calle Bolívar) and Plaza Lesseps caused by the use and consideration of this part of the city. In the first case, we try to merge the Library volume with building behind it.
This is transferred to the plan by defining its boundary with a rhomboid geometry that completes the volume begun by these buildings. With this operation, the Library confronts the large open area of Plaza Lesseps with the scale and protection afforded by the volume of the buildings behind it.
In the second case, the aperture of this green belt north of Plaza Lesseps is used as a public backbone that expresses and takes in the unusual topography of this part of the city, a mountain slope, green mixed with construction -, for which the square is presented as the end or starting point.
One could say that the hills (Collserola) descent into Lesseps, and that beyond this point, the city has a different consistency that is closer to the street alignment than the topography or the slope.
Expressing the condition of Plaza Lesseps as a mountain-city boundary led us to shape the library volume almost as a building which, descending from Collserola, settles in the city with the attributes of the surrounding hills. 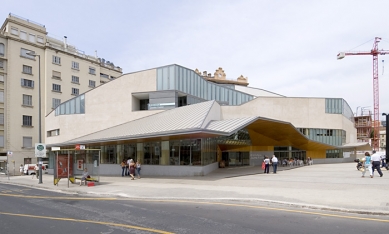 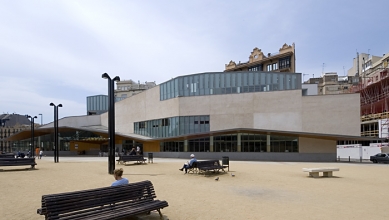 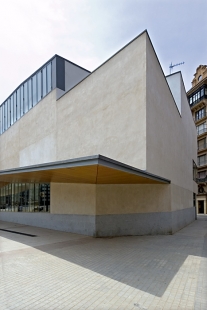 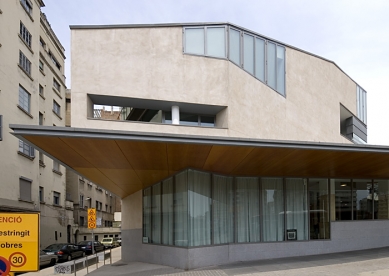 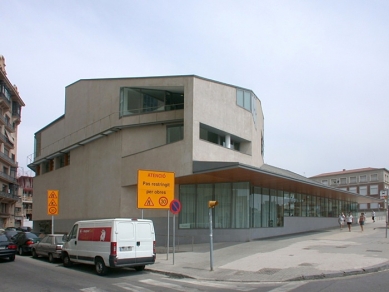 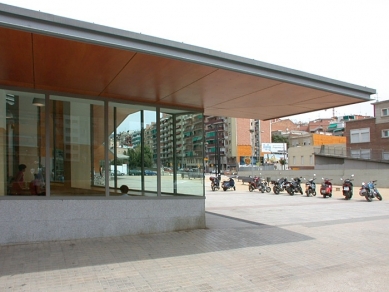 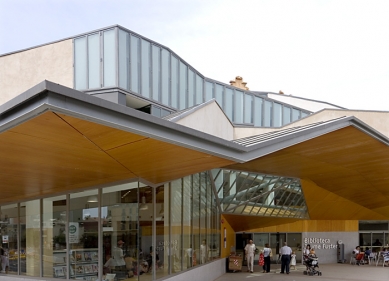 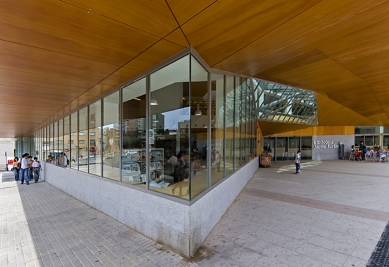 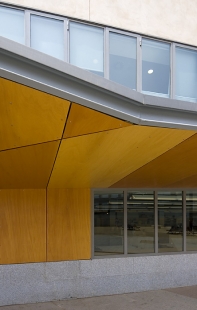 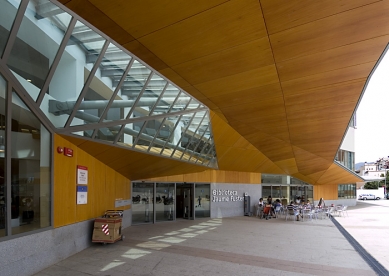 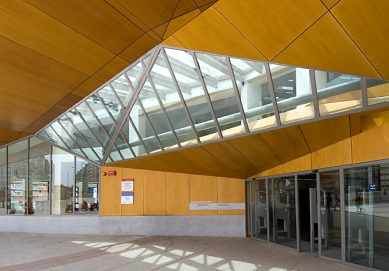 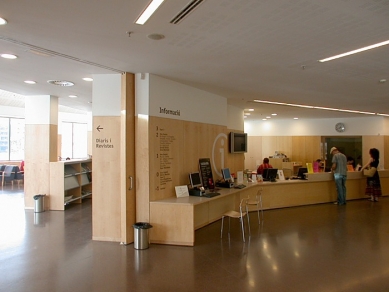 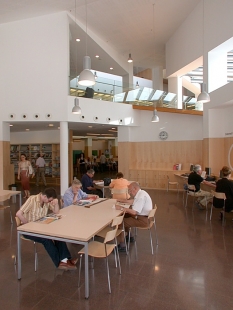 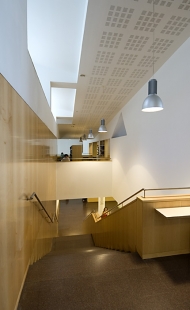 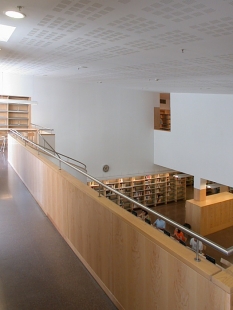 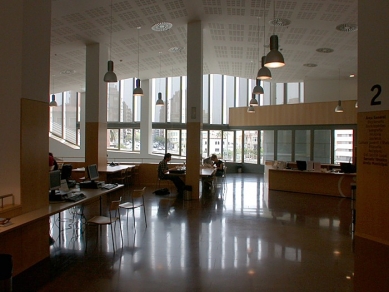 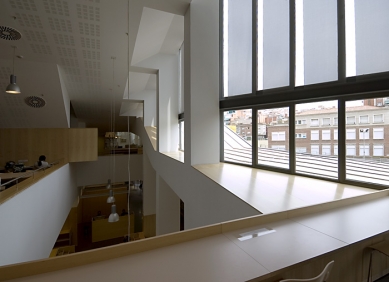 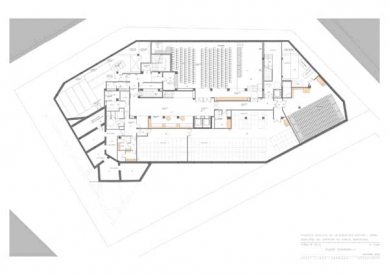 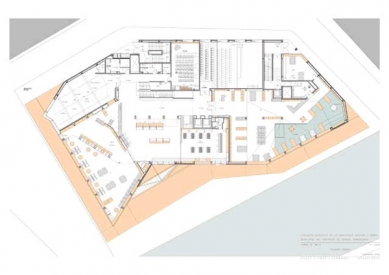 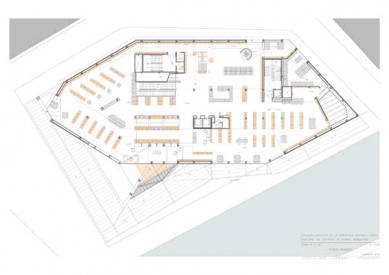 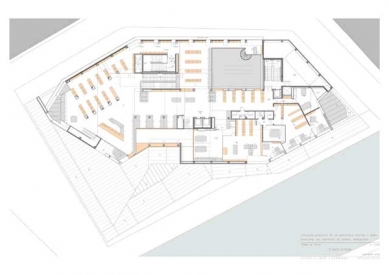 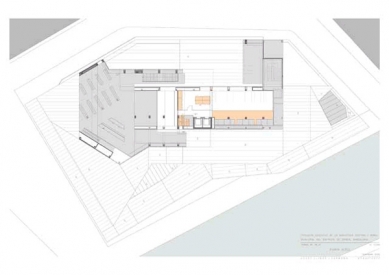 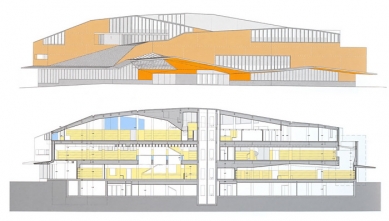 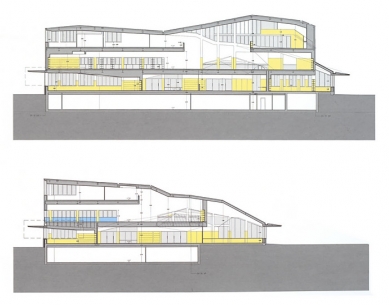 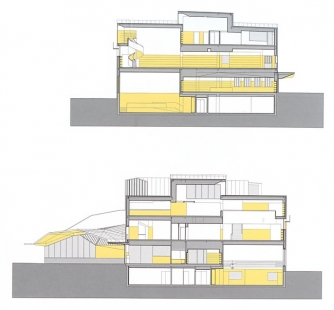