Revitalization of the town centre 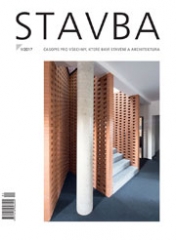 100 Kč
This project finds an answer to the problem of the town centre in Bílovice nad Svitavou. The brief requested the creation of new buildings for the municipal office, the library, the ceremonial hall, the post office, the establishment of a summer bar and garden as well as toilets for the local pub, and to adjust the adjacent areas, i.e. to create the up until that time missing main square, incl. parking, and eventually to rearrange a small square and to create a new courtyard between the said buildings.

We considered it important to follow the grown form of the historical urbanism and its intimate scale. Therefore, the new buildings aim to keep and complete the line of Žižkova Street. Four trees screen the new square from the street coming out of the parking lot. In the middle of the square, there is a water element in the form of five water injectors in the pavement. The library building is situated on the second plan, in the quiet part of the square. A giant order and an overhanging roof supported by laminated timber columns give the building dignity. Between the library and the municipal office, there is created a passage to the courtyard, which is a front space of the ceremonial hall and at the same time serves a summer garden of the Bílovice pub's bar. Also social facilities common for these rear buildings are located here. A newly broken through passage leads from the courtyard to the small square in front of the town pub. The whole passage between the squares is lockable with grilles by night.

The architectural form of the municipal office and the post office is simple, temperate, clean, almost trivial but with well thought-out and well-made detail. Viewed from Žižkova Street, they are single-storey buildings with a gable roof and ceramic ecru coloured roofing. The objects fit well into the surrounding mainly family houses. Stone facing of the pillars between the windows underlines the dignity of the public administration building. The two-floor part of the office is oriented onto the courtyard. Structurally, it is a three-winged object because of economic and spatial reasons; the middle hallway is naturally illuminated through roof windows. Wooden lined niches along one side of the hallway serve as seating for waiting people. 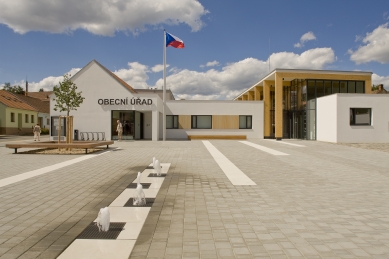 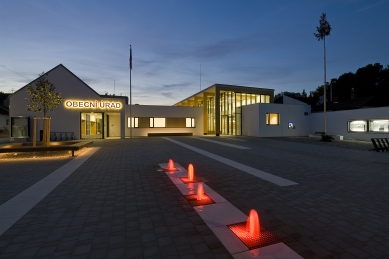 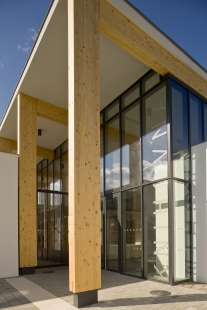 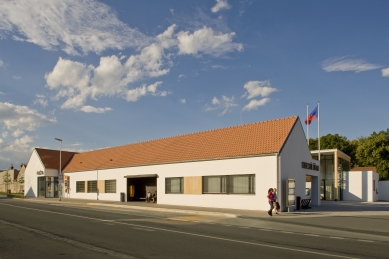 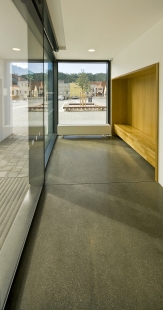 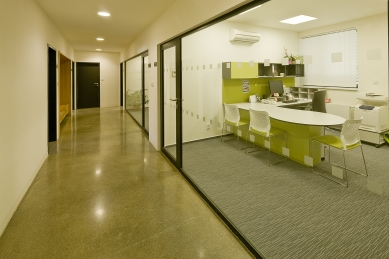 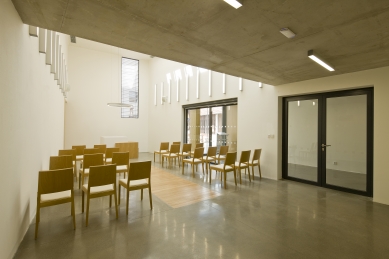 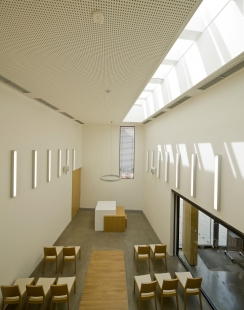