The Netherlands Dance Theatre, completed in 1987, was originally conceived in 1980 as an extension to a circus theatre in Scheveningen, a seaside resort in The Hague. In 1984, the design was adapted to a new site - the Spui Complex - in the centre of the Hague. This new context - an area undergoing substantial change - was dominated by two slabs, the slope of an abandoned project for an innercity motorway to be overbuilt, the axis towards the houses of parliament, the site for the future townhall, and a seventeenth century church - a lonely testimony to the once historical centre.

The Dance Theatre shares the Spui Complex with a concert hall (van Mourik, architect) and a hotel designed by Carel Weeber (also the planner of the complex). What would have been a flamboyant exterior reflecting the holiday vernacular of Scheveningen, became, in the city centre, a humble building (with the exception of the billboard/mural), which almost disappears between its extroverted neighbours.
Although there was minimal collaboration between OMA and the architects of the concert hall, the buildings` physical proximity generated a shared foyer - a 7m wide alley between the two buildings - in which an exterior wall of the concert hall becomes part of the NDT interior. The foyer consists of three levels: the lowest slotted beneath the auditorium tiers, above it a half-moon balcony, the highest - a 'floating' skybar.
The plan, which is partially determined by the grid of the parking garage below, divides the building into three parallel programmatic zones. The large zone contains the stage (35x18m²) and 1001 seat auditorium, the middle accommodates rehearsal studios, and the smallest includes offices, dressing rooms, the dancers' common rooms. An independent restaurant and an expresso bar are contained in the gold cone, which also services a cafeteria for dancers and staff.
The theatre has structure of steel beams and girders, using metal cladding with sheet rock covered with stucco, marble and gold foil. The roof has a self-supporting structure of a double layer of trapezoid folded sheet steel. 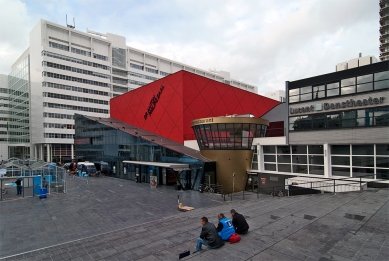 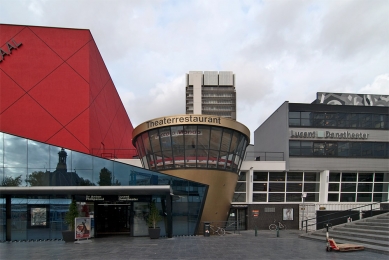 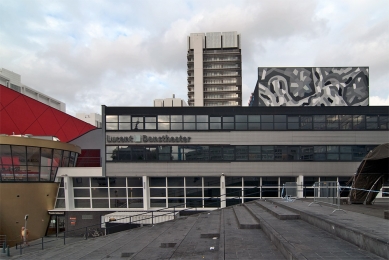 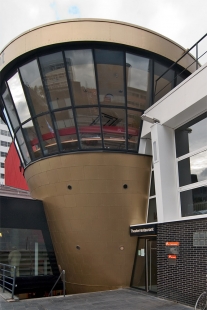 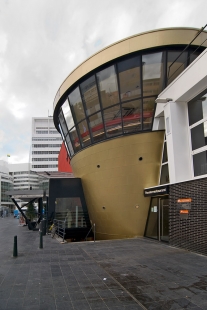 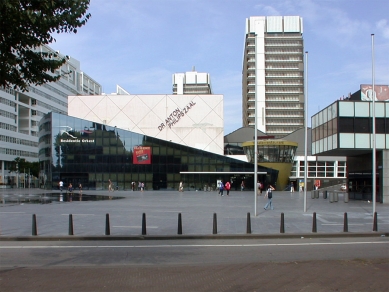 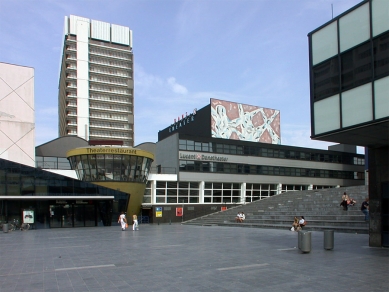 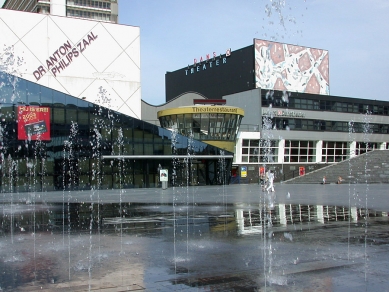 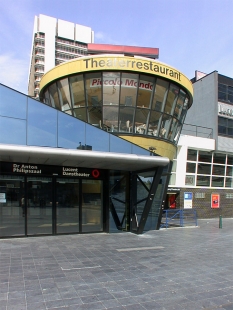 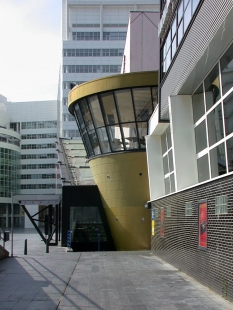 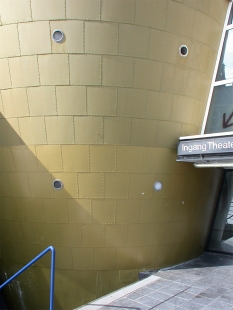 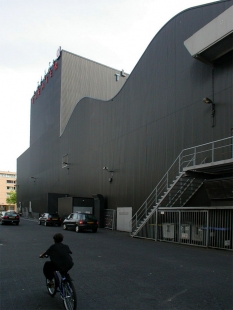 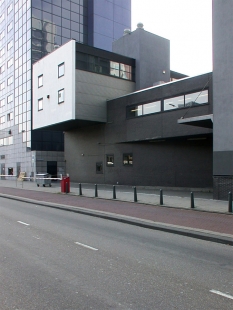 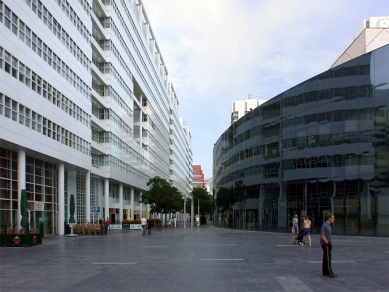 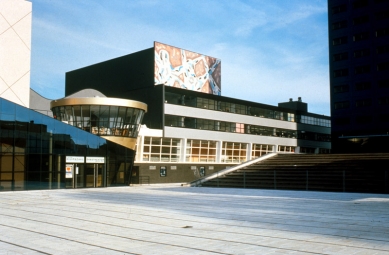 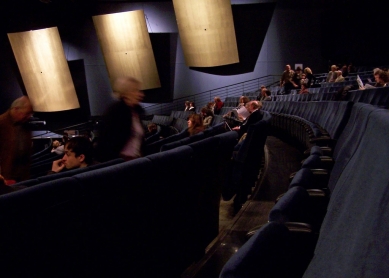 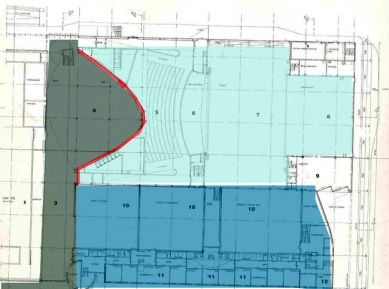 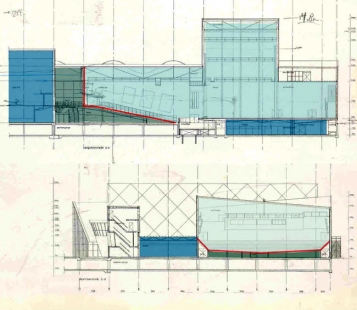