The House in the Preserve

The Landscape around the small village Železná in the Český Les mountains is gorgeous. The client with his friends owns there a preserve with hunderts of wild animals. His passion is hunting. Already out of the contact with the houses in the village the site is facing down to the southeast. The single-generation house has extraordinary view over the majestatic scenery of meadows, woods, lake and mountains. Primarily this scenery forms the basic form of the house – sector of a ring/annulus. It´s always the adventage for the house when the best views from the house are looking to the south. Than you can open up the house with the wide glass frontage, however it´s necessary to shadow it in the same time. On the north, there are two stone walls. The first one is retaining wall and the second one is a part of the house. The retaininig pillars are shapeing little gardens where the small windows from the interior of the house are looking to. In the each of the gardens, there will be a tree and the stone wall will be covered up with the green vegetation. The house fulfil this way one of the zen-principles - living between the „small world“ - north garden - and the „big world“ - long views to the south over the preserve towards the woods and mountains fringing the horizont.

The one of the clients wishes was to built-up a large wooden house. We designed the baloon framing construction – wooden spatial framework, with witch we have quiete a lot of experinces already. We´ve co-operated on the details of the construction with the Kasper CZ s.r.o. This company was also the contractor of the wooden structure.

The layout of the house is quite simple. The rooms are arrange on the groundfloor  around the two-storied hight living room. In the east wing there is a large master bedroom connected with the bathroom. The west wing is composed of two bedrooms with the bathroom in between.
In the upper part of the living room from where the animals in preserve can be watched have the client his exhibition of his hunting trophies, sometimes realy rare in Czech.

The house in Železná is designed according the principles of the Natural architecture:
-    The natural materials are used – wood, stone and glass.
-    The house is opened up towards the landscape and the landscape permeate the house.
-    The whole system of transitional spaces makes an interface between the interior and the exterior.
-    The houses is changeable – can react to the changes of the surrounding nature.
-    Thanks the soft-design process, available the house its owners also a huge changes during its lifetime. 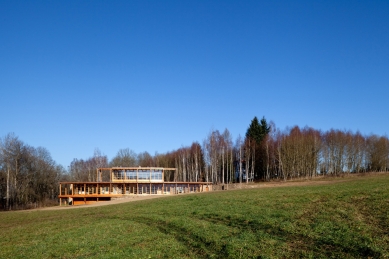 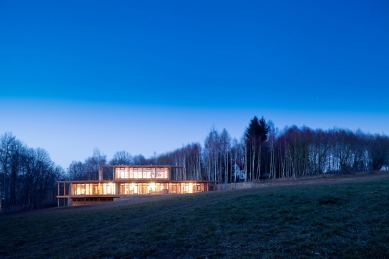 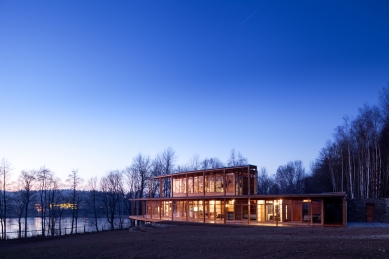 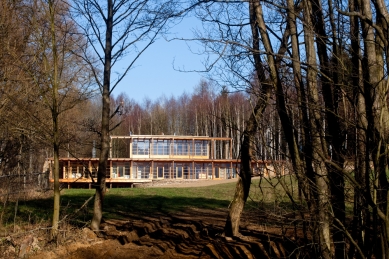 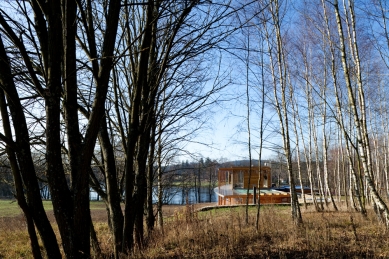 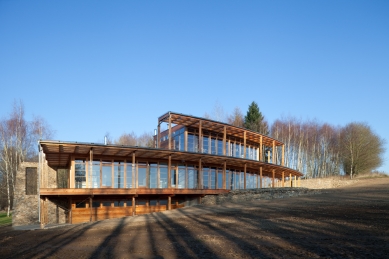 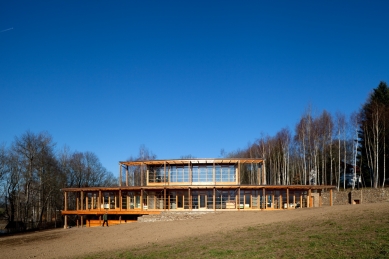 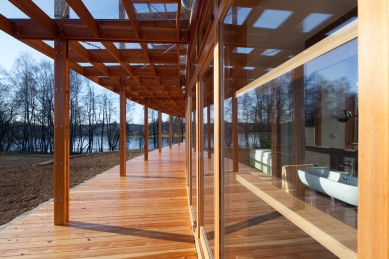 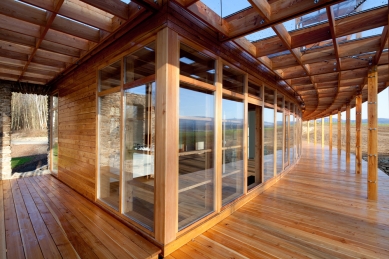 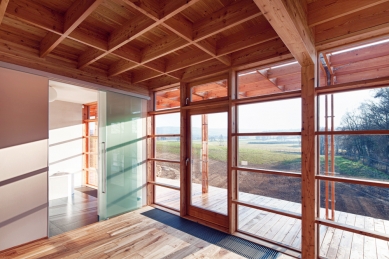 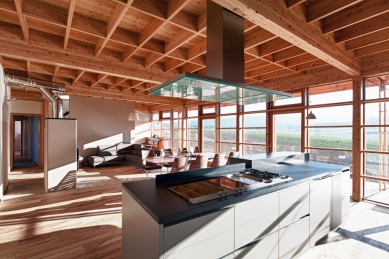 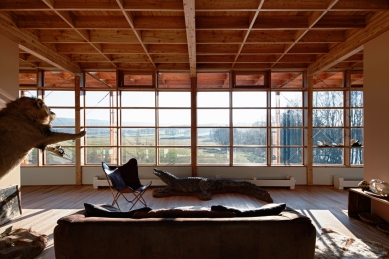