This commercial and residential building, commisioned by a wealthy client, was carefully sited in terms of urban planning. Plečnik won the commission in a competition for Wagner's young associated. Following suggestions, he adapted and added to the original plan until its final realization. The building asserts itself with its prominent position in the open space of the intersection and with its wholly innovative exterior, in particular the sensible design of the upper stories which rhythmically alternates window openings and equally wide wall surfaces clad with polished granite slabs, with semicircular posts at the slad seams functioning as part of the construction. The building is optically finished with a floor with atlantes (F.Metzner), supporting a plastically rich canopy with stylized copper ornamentation. By underscoring the cylindrical effect of the corner, further emphasized with the roof tambour, the architect gained absolute control of the view of the building from the main direction of approach. Dominated by a bronze statue of St. Michael (F.Andri) at the first-floor level, the whole produces the autonomous effect of independent artistic expression. The ground floor, given over to stores, is made of reinforced concrete, which enables the free organization of the floor plan in terms of construction. The upper stories are built of bricks, have a uniform layout, and are connected with an eliptical doglegged staircase, rich in elaborate (Viennese Secession) decoration, further developed by Plečnik in a reduced form in his later works. Plečnik's architectural solutions were progressive and innovative (or as he wrote to his brother Andrej: „It is bound to be virtually unrivlled here...“), and it opened a „dialogue on equal terms“ (D.Prelovšek) between Plečnik and his teacher Wagner, this was apparent also in the polemic which Zacherl Haus caused, and above all in the fact that it had an unmistakable and decisive influence on the subsequent development of modern Viennese architecture, which placed Plečnik anmong its most outstanding pioneers. 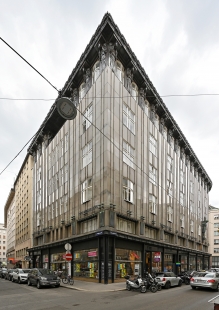 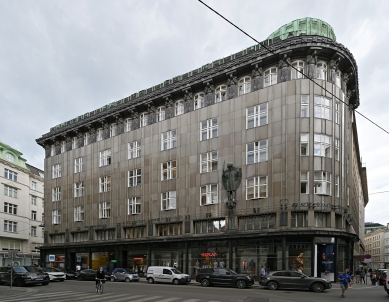 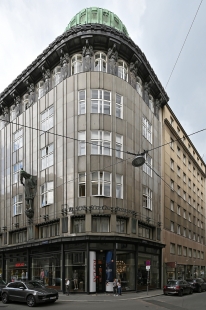 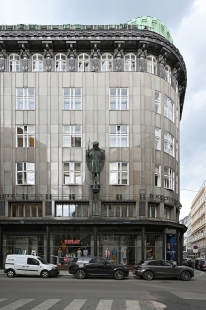 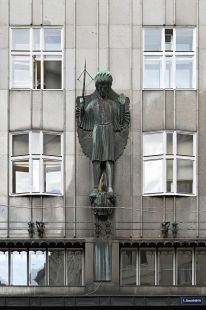 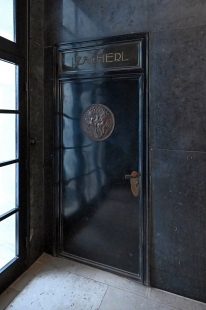 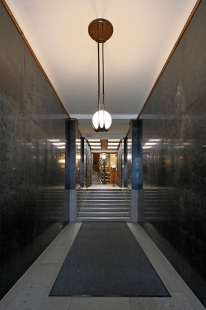 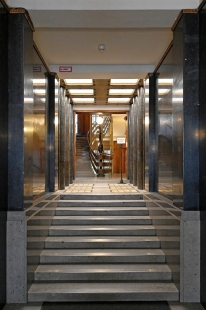 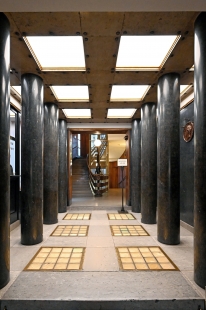 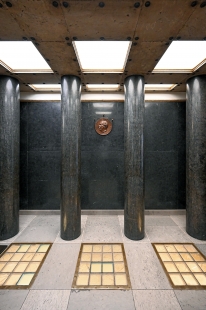 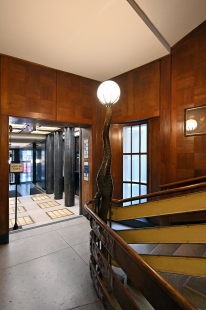 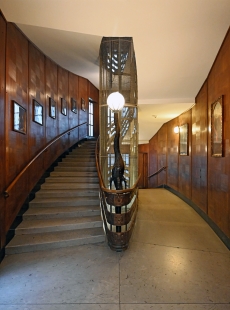 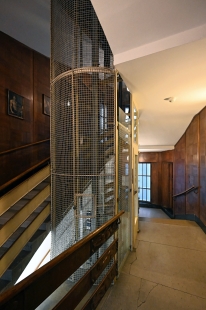 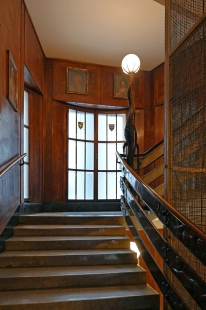 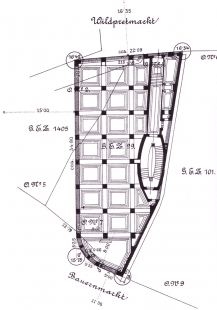 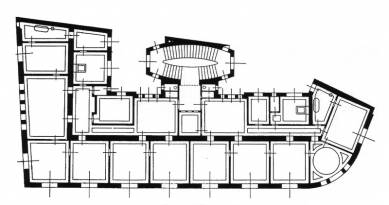 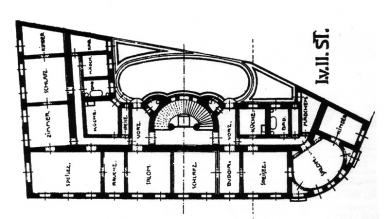 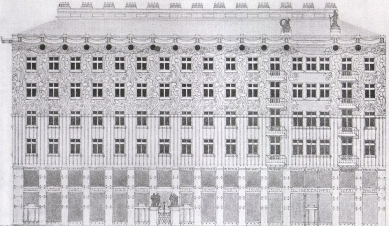