Originally designed as the V.C .Morris Gift Shop, Frank Lloyd Wright's only San Francisco building now houses the Xanadu Gallery. Officially the building was designed in 1948, and incorporates the now legendary spiral ramp theme which Wright had already designed for the Guggenheim Museum, though that project wasn't finished until 1959, shortly after his death. The controversy around the Guggenheim stemmed partly from the spiral ramp, though in the smaller, more intimate scale of the V.C. Morris Gift Store it seems to have won over the public at once. The street entrance is an updated Romanesque arch, which according to Wright beckons the passerby in rather than vulgarly displaying its merchandise on the sidewalk. The arch gives way to a glass tunnel atrium, then on to the spiraling interior. The entire space seems to rotate beneath the luminous bubbles of the cast white plastic ceiling. 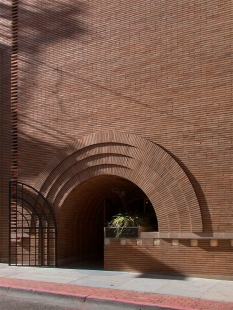 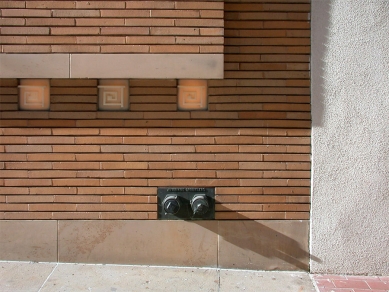 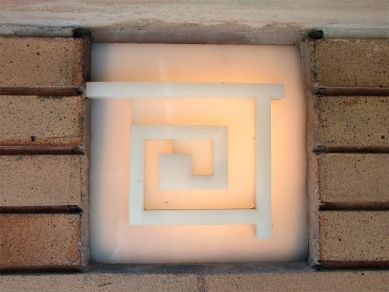 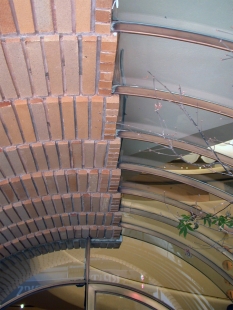 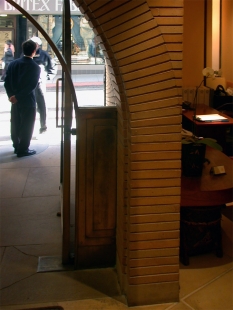 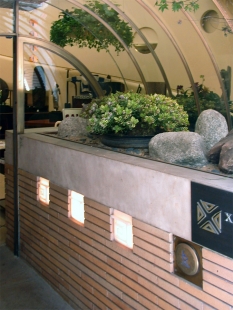 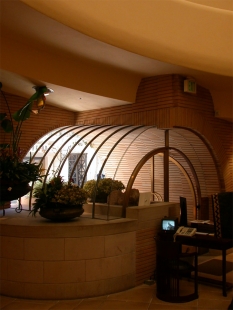 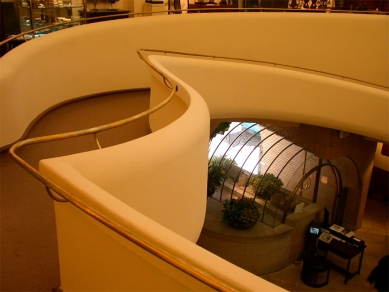 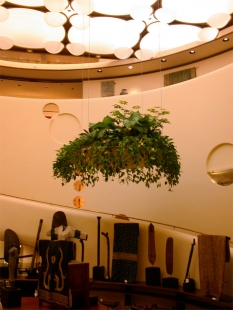 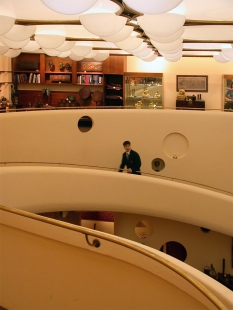 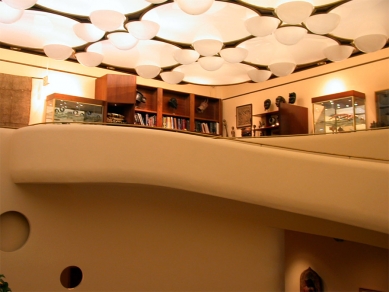 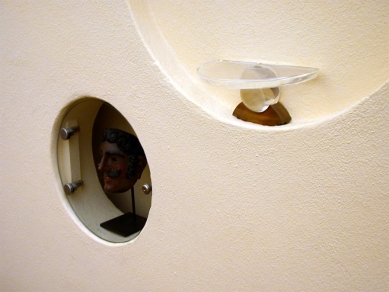 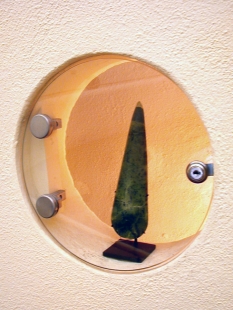 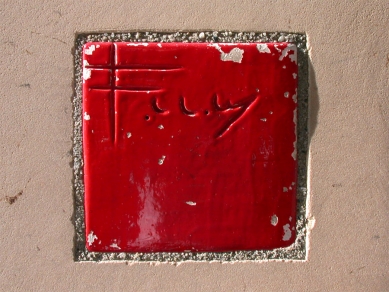