In 1953, Rabbi Mortimer Cohen of Congregation Beth Sholom began correspondence with the renowned architect Frank Lloyd Wright, in the hopes he could build a Jewish temple for the world to see. The commission to design the synagogue was finalized in March of 1954. Wright employed a triangular geometry in designing the tripod roof to resemble both Biblical Mt. Sinai and the tent of tabernacles of the ancient Hebrews, a common theme in modern American synagogue designs. Dedicated in September 1959, Conservative Congregation Beth Sholom is one of the most renowned post-World War II synagogues. 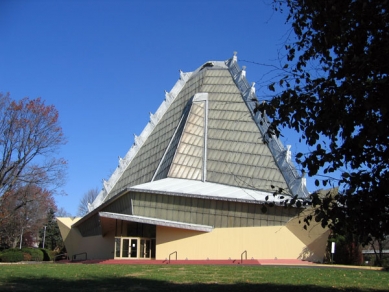 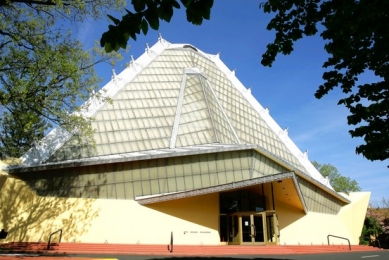 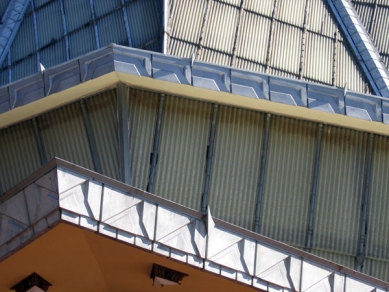 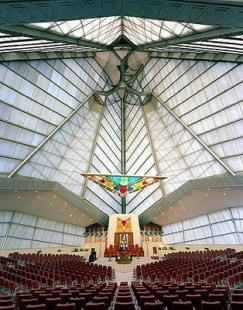 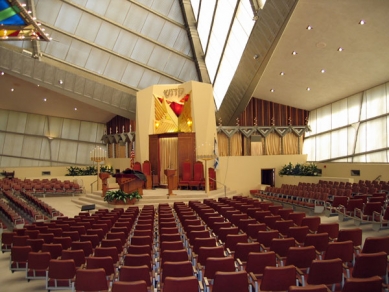 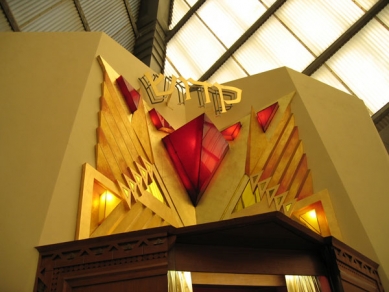 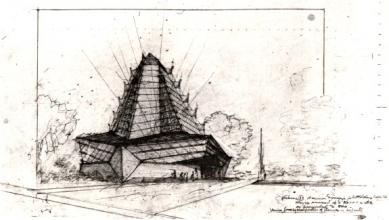