Since a couple of years Mäder, originally a poor village close to the border to Switzerland, is longing to achieve the status of an „ecological Community“. The urban planning concept comprises a sequence of public squares and connecting paths. This net, in favour of pedestrian traffic, becomes more dense around the new center, where one finds all scholastic and cultural amenities, among them, the community center designed by Baumschlager and Eberle in 1995. The new building of the „Eco-Middle-School“ upgraded the center of town tremendously. The positioning of the two volumes, which are separated above ground, generated not only two new exterior spaces (public plaza and the school’s courtyard) but also defined clear edges. Both volumes, the above ground four story school building and the flat double-gymnasium (lowered by one third into the ground), are compact and thus minimize the use of surfaces and energy. The design orients itself to the close relationships between form, function, economy and ecology. The on all sides double layer of the facade of the school building consists of a wood and glass construction, which is wrapped by ventilated, scaled glass panels. Depending upon the position of the sun, the various conditions of transparency change the appearance of the building: From dematerialization caused by raking light to becoming a mirror of the surroundings. Extensive glazing of the facades, in conjunction with a central light well and clerestory windows in the interior walls made of wood, enable natural lighting of the floors, despite the ground floor area of approximately 80 by 80 feet. On each regular floor, seven peripheral classrooms group around a generous, central recess space. Ecological approach, economy and quality of space formed a synthesis in this building. 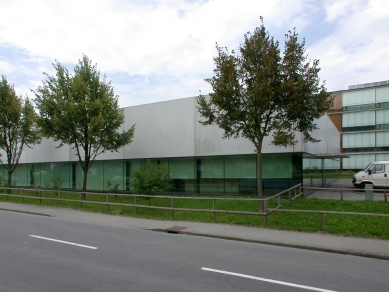 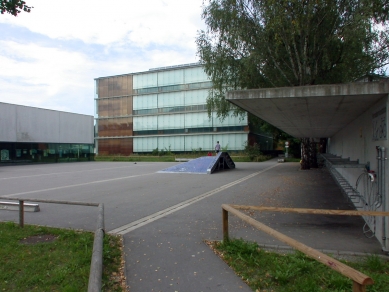 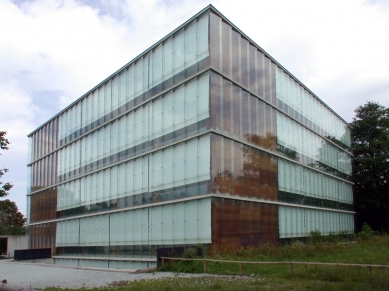 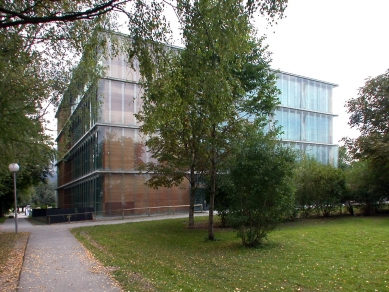 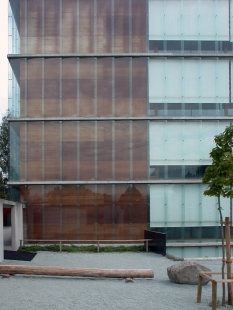 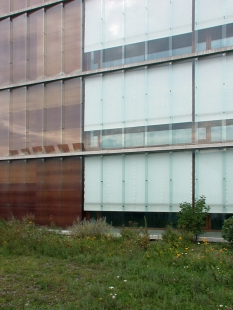 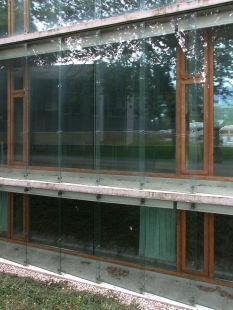 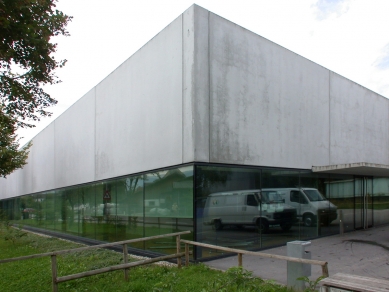 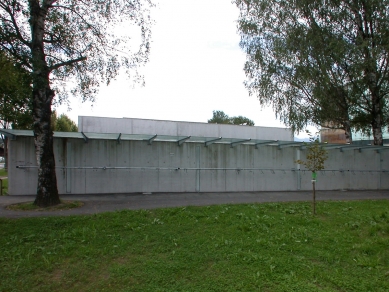 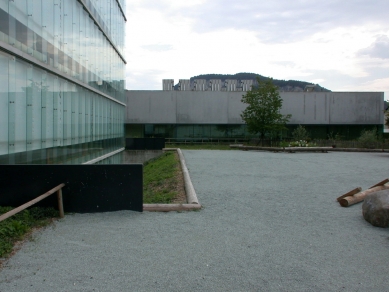 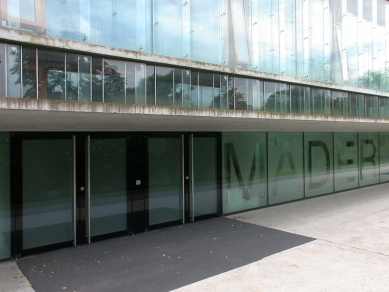 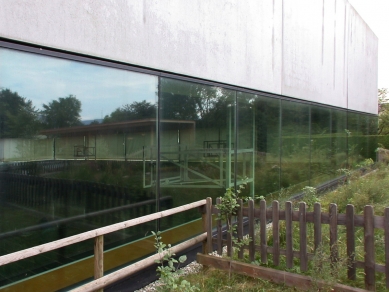 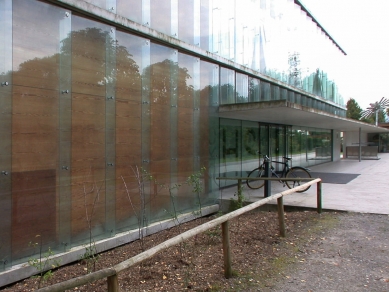 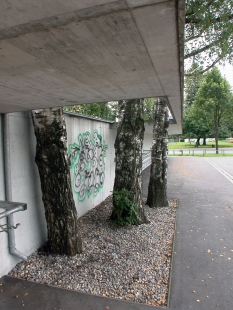 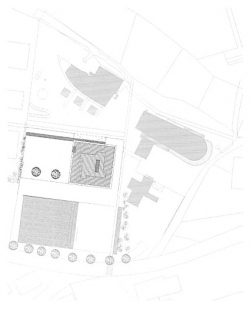 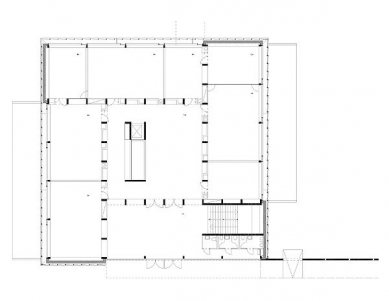 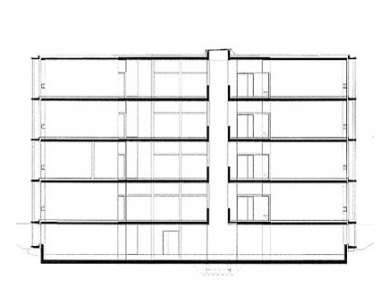