The better the location, the higher the density – such wishful thinking on the part of the real estate sector has had negative consequences for the location and the residents on more than one occasion. But that is far from being the case at the former Dornier site in Lochau with its much sought-after views of Lake Constance. Thanks to the nature of the urban development, outdoor space and typology there is no contradiction here between density and visibility.
The six buildings, which stand at right angles to the slope lines, are pivoted to confront or face each other in order to achieve the best possible views for the individual apartments. The house type with its individual variations is very precisely coordinated with the urban development system. In contrast to the customary ‘broadside’ approach of slope developments, the depth of the terrain is used here to optimise the visual corridors by having the narrow sides of the buildings face the water.
The proportions of the buildings are more than adequate to ensure that the living rooms and balconies are well lit from within and without. This module can be matched and added to the specific building site, which means that the shape of the building concerned is characterised by the arrangement of the curved balconies, which are mostly on one or both sides. Town planning features and residential types combine to produce a convincing system that is enhanced by the carefully adapted exterior space.
The site is structured by two footpaths, an access road in the south and a greened area in the north. The pivoting of the buildings produces funnel-like public spaces in between, which become broader or narrower depending on the vantage point. An arrangement of this kind generates tension and variability, thus giving the outdoor space its inherent quality in the overall context of the terrain. 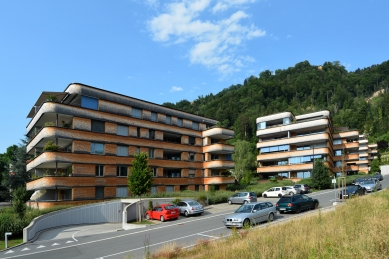 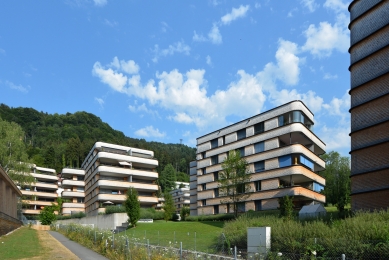 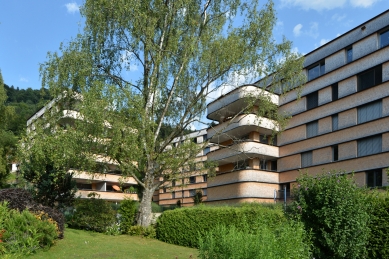 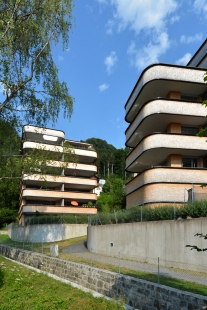 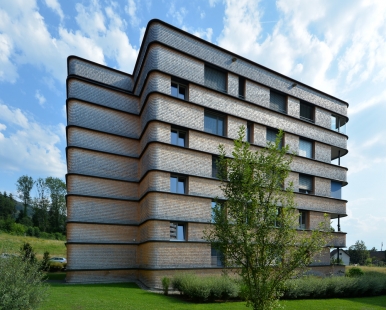 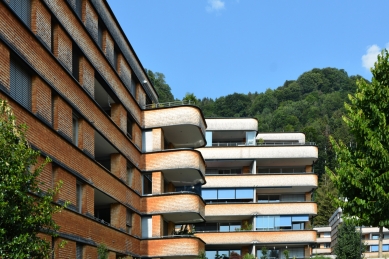 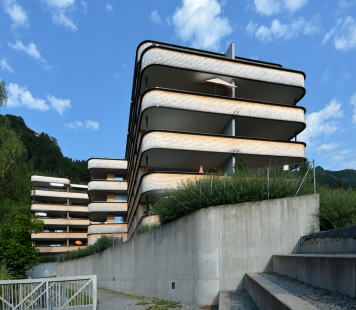 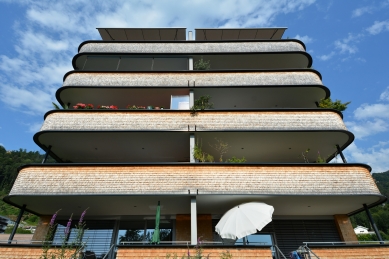 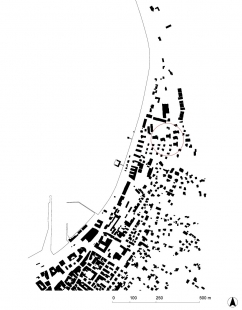 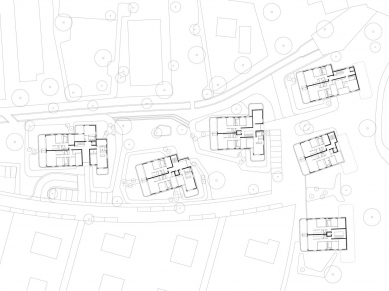 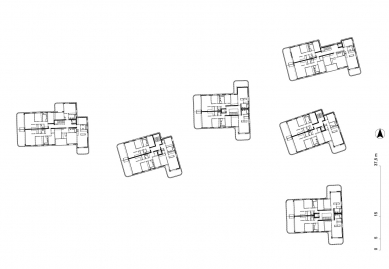 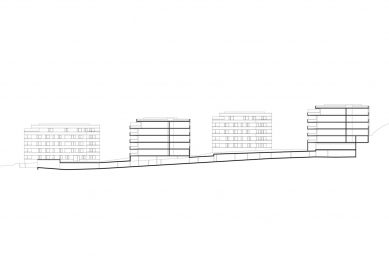