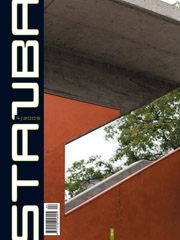 75 Kč
The basement of the small one-story building, formerly used for laundry and storage, now houses a space for exhibitions, lectures, and concerts, as well as it accommodates Franz Kafka's private library. On the first level of the building the Franz Kafka Society has located its offices. The previously dark and dismal spaces of the building are now washed in daylight coming through newly inserted windows and skylights that provide unexpected views to the towers of the Maisel Synagogue. Marcela Steinbachová (Skupina) and Steven Holl Architects have deliberately situated these windows off axis to the interiors. Inside the building new visual connections through openings and inspection holes give its small spaces depth and create visual connections.

All new partitioning in the building, even when carving out spaces for restrooms and a kitchenette, is created exclusively by book shelves. In one half of the building these bookshelves appear in white (offices) and the other half is filled with black bookshelves (entry hall). Coming from the central corridor one only sees black bookshelves and when coming from the offices one encounters white bookshelves. A 360-degree rotating door between the corridor and the director's offices, black on one side and white on the other, reverses white to black

The flat roof of the courtyard building will be covered with cement tiles displaying the plan of the former Jewish Quarter before its demolition in 1896. This open-air rooftop space will be used for concerts and exhibitions during summer. The courtyard and the courtyard building are accessed through the Franz Kafka bookstore and reference library both interiors designed by Marcela Steinbachová (Skupina). 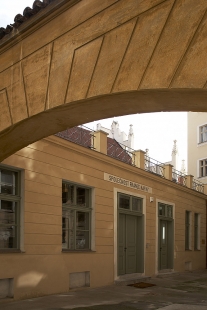 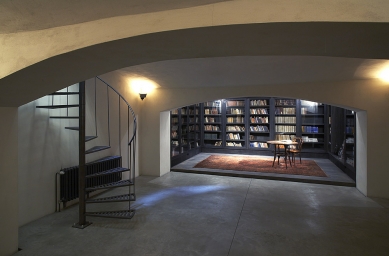 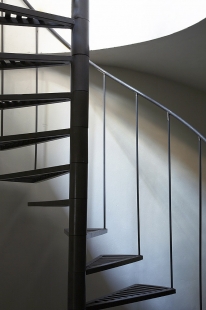 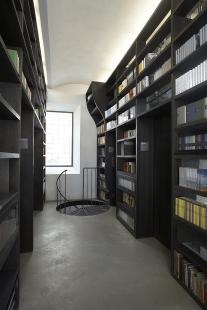 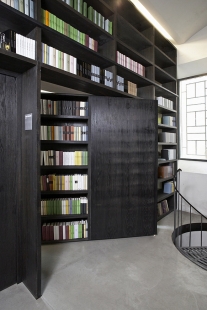 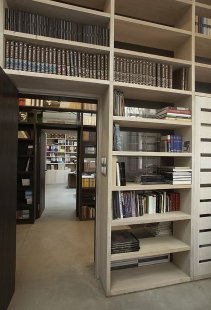 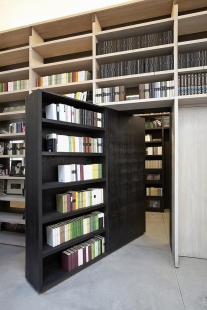 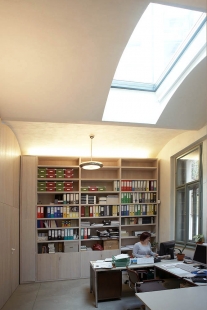 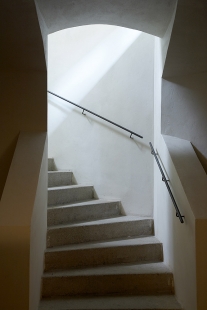 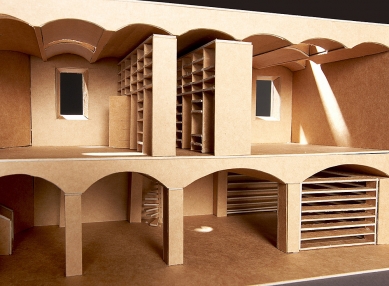 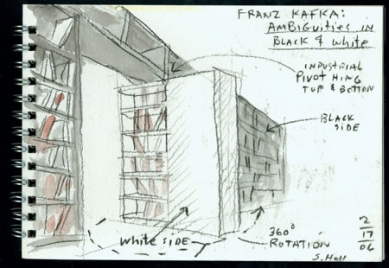 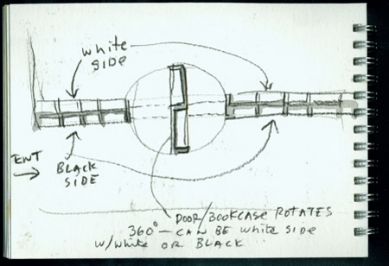 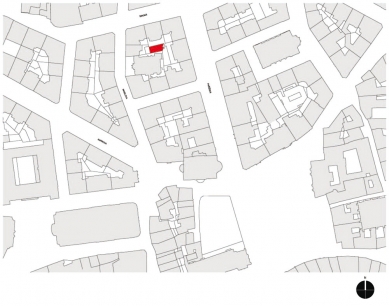 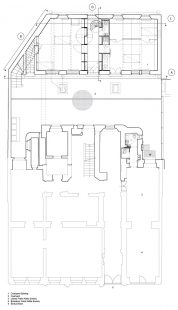 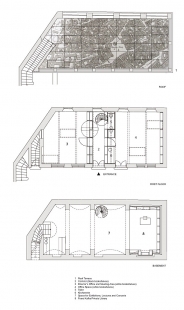 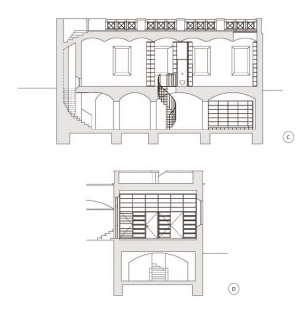 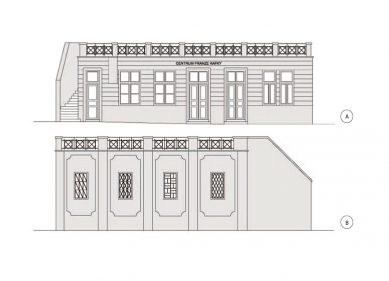