Reconstruction of a funcionalist apartment 99 Kč
The reconstruction of the functionalist apartment in London Street with many original elements consisted mainly of a sensitive renovation of the preserved elements and cleaning of the space from non-period interventions and surfaces with the intention of maintaining the greatest possible degree of authenticity.
The apartment is located on the 5th floor of a six-storey building on the corner of Anglická / Londýnská streets in the listed heritage zone of Prague centre. The house was built in 1938 according to the design of architects J. Kittrich and J. Hrubý. It is structurally designed as a reinforced concrete skeleton with brick partitions. The façade with large window openings and loggias is lined with artificial stone. The house has a preserved period heating system of concrete ceilings, which is regulated in individual apartments by valves protruding from the walls in the service rooms of the apartment.
All valuable elements have been preserved in the apartment. Wooden windows, windowsills, doors and built-in wardrobes are (with a few exceptions) original from the 1930s. These joinery elements were refurbished and put into operation, including the original fittings. Furthermore, frieze floors were refurbished and locally supplemented. The original tiles from the former kitchen were used in the hall. The fine-grained interior plaster was cleaned from later paintings and provided with a fresh coat. New electrical wiring, including end elements, was added throughout the apartment.
The proposed layout of the apartment can serve as one generous unit or a variant is prepared for 2 kitchens and the division of the apartment into two separate housing units (1 bedroom and 2 bedrooms with a hall). 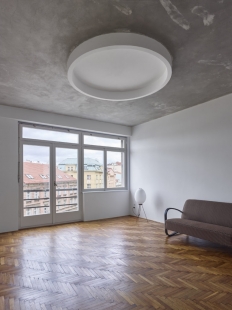 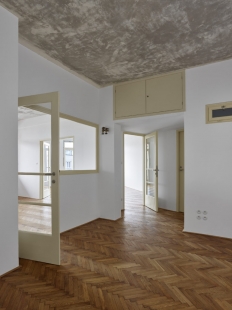 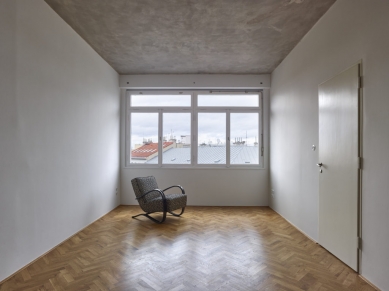 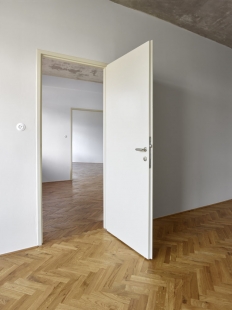 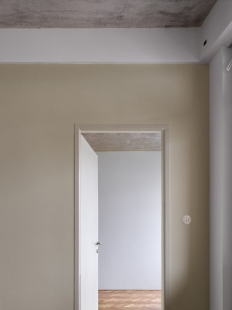 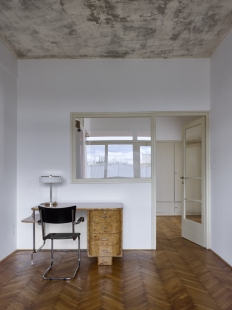 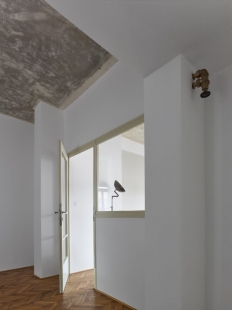 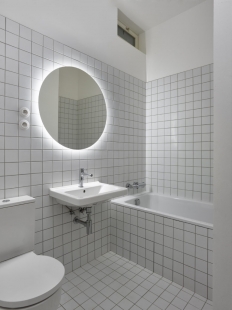 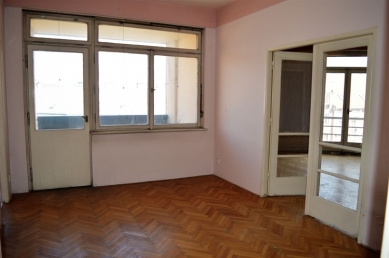 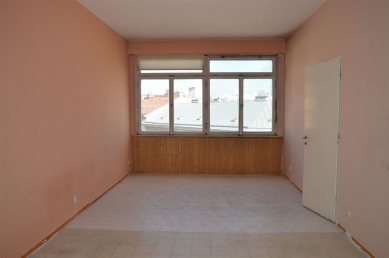 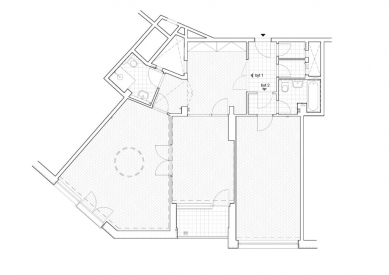