Black Chapel draws inspiration from many of the architectural typologies that ground the artist’s practice. The structure references the bottle kilns of Stoke-on-Trent in England, the beehive kilns of the Western United States, San Pietro, and the Roman tempiettos, and traditional African building structures such as the Musgum mud huts of Cameroon and the Kasabi Tombs of Kampala, Uganda.
Drawn to the transcendental environment of the Rothko Chapel in Houston, Texas, Gates has produced a series of new tar paintings, especially for Black Chapel. Determined to create a space that reflects the artist’s hand and sensibilities, seven panels hang from the interior structure.
In these works, Gates honours his father’s craft as a roofer and uses roofing strategies and torch down, which requires an open flame to heat the material and affix it to the surface.
An operating bronze bell, salvaged from St. Laurence, a landmark Catholic Church that once stood on Chicago’s South Side, will stand next to the entrance of the Pavilion. Underscoring the erasure of spaces for convening and spiritual communion in urban communities, the historic bell will act as a call to assembly, congregation, and contemplation throughout the summer’s events. 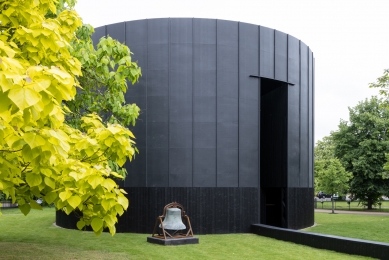 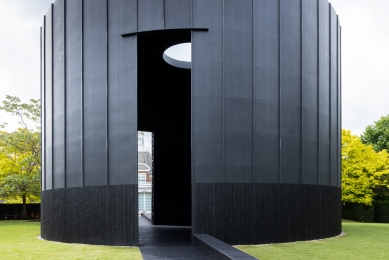 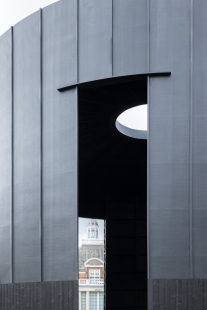 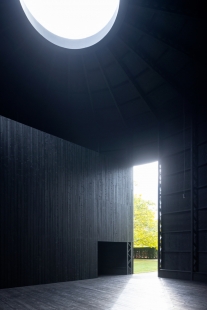 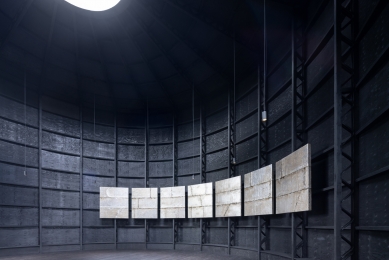 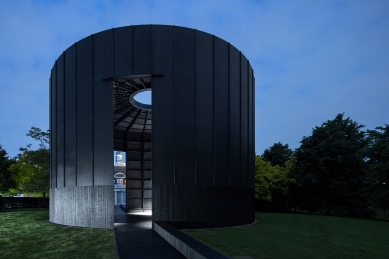 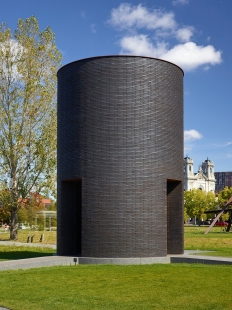 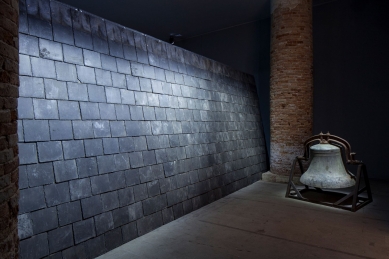 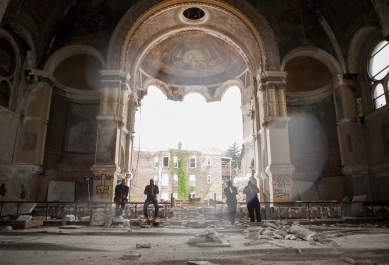