From Growing Pains to Growing Commitment

The new City Hall and cultural center in the Dutch city of Nieuwegein, is designed to create cohesion and the foundation for a stronger local community. A modern participatory democracy requires transparency and communication at eye level in the encounter between citizen and authority. These elements have been the core of Danish practice 3XN’s design. “It was important for us to create a building that was welcoming, rather than authoritarian in its expression,” says Principal and founder of 3XN, Kim Herforth Nielsen.

Nieuwegein is located 5 km south of Utrecht, and since 1970 the city has grown from having just 8,000 inhabitants to 62,000 inhabitants in 2012. The strong growth in population makes heavy demands on the city administration to develop the city socially and culturally. “It’s a challenge they are very conscious of in Nieuwegein. Therefore we have tried to create a building that can be a catalyst for social affiliation with the city,” explains Kim Herforth Nielsen.
Architecturally the building takes its point of departure from a central and bright atrium from where a sculptural staircase soars up through the building and connects the many diverse facilities – indeed facilities not normally found in a City Hall. By bringing together the local library, citizen service centre, café, cultural center and commercial spaces in the building, the City Hall fuses with a range of everyday activities. This creates life in the building all day, and strengthens the connection to the commercial and residential area surrounding the building.

The five floors spread out like a fan and open up towards the atrium, allowing the building’s visitors and employees to visually connect with what is happening on the other floors. 3XN puts great emphasis into maximizing the benefits of daylight through use of windows, including a huge picture window on the 4th floor, through which daylight streams down into the building. “Daylight contributes to a good working and living environment – it allows one to follow the rhythm of the day and enjoy the small nuances created by the shifting daylight,” explains Kim Herforth Nielsen.

The Mayor of Nieuwegein, Mr. Frans Backhuijs describes the open structure of the building and the many different facilities as a great advantage for the city administration. “We are in close visual contact with the city and citizens throughout the day. That contributes to even more joy and enthusiasm when working for a better Nieuwegein”.
The building has two facades. The inner is a traditional facade of concrete and glass, while the exterior facade of glass patterned silkscreen almost folds around the building, but without covering it completely. This avoids direct sunlight in work station areas, while spaces like the lobby and restaurant receive maximum natural daylight and unobstructed views over the city. The glass’ geometric patterns in blue and grey give the facade a three-dimensional expression and reflect the diversity of both the building and Nieuwegein. 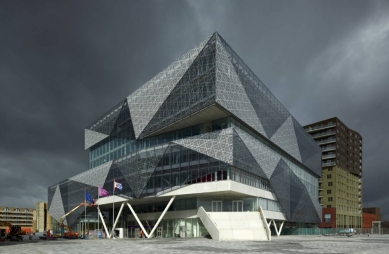 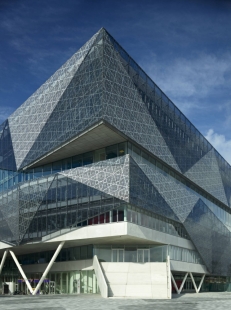 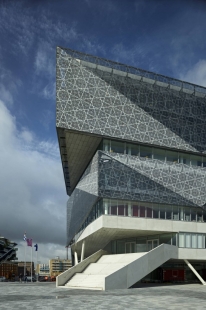 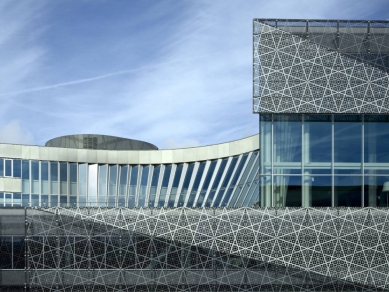 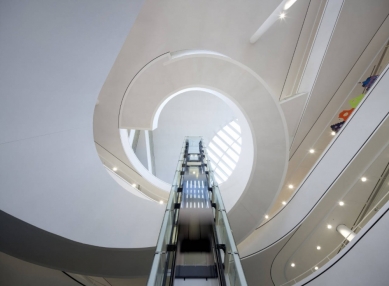 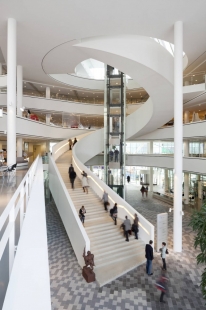 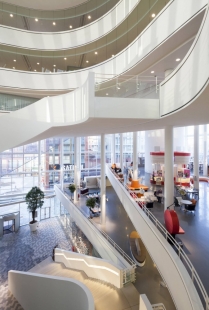 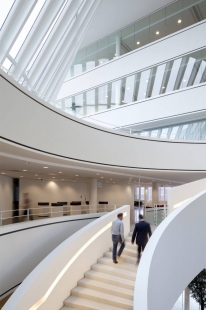 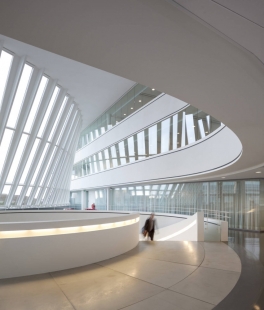 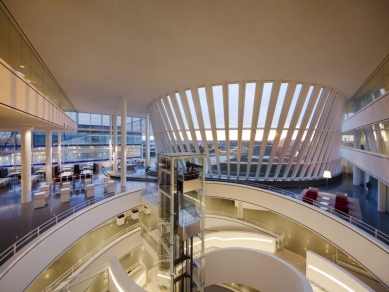 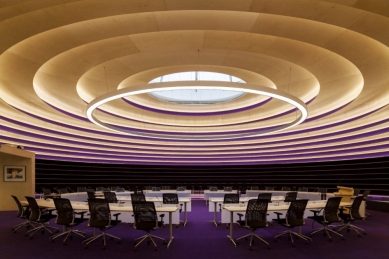 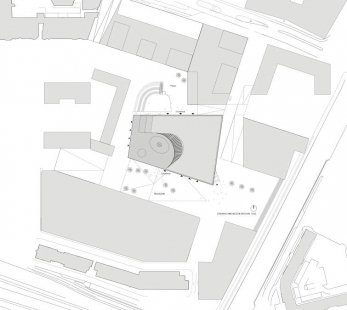 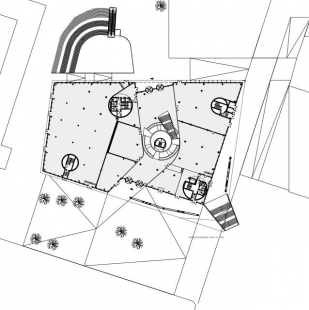 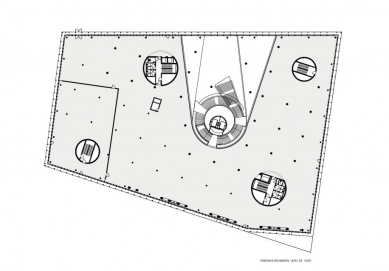 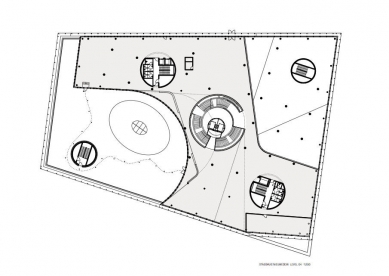 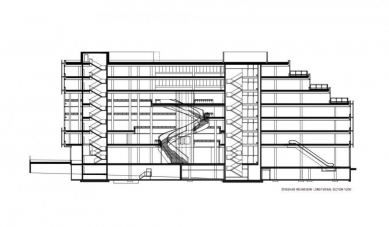 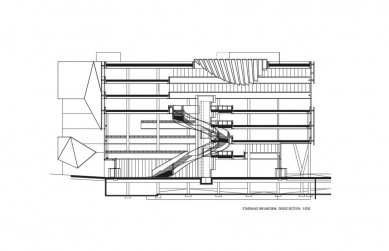 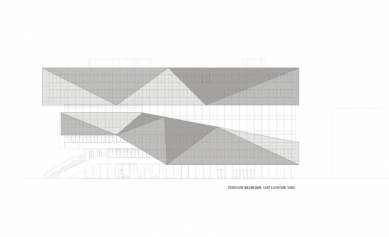 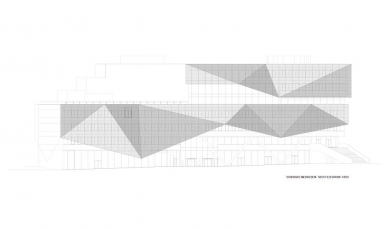 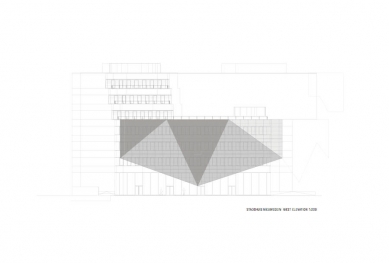