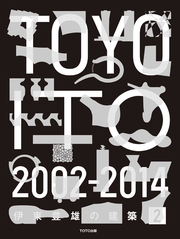 1250 Kč
Designed by the Japanese architect Toyo Ito and b720 Arquitectos, lead by Fermin Vázquez, the uniqueness of the large architectural project proposed has as one of its priorities to respond to the environment and exploit its strategic position. Located between the airport and the city of Barcelona, the Porta Fira Towers intend to become the gateway to l’Hospitalet de Llobregat and the city of Barcelona.
The project consists of two towers that perform a subtle dialogue between them. The hotel (PB +25), is designed to turn on itself changing its perception as it is surrounded. Its skin is made of a system of red metal tubes placed with a certain inclination. This perception is complemented by the second tower, which will house offices (PB+22). A pure volume at the first sight, with a glass curtain wall, but the core of which also turns red on itself, becoming, in this way, a reflection of the hotel tower. Between the two towers, and connecting it, there is a common atrium.
Its unique appearance, along with its 110 meters in height and the total gross floor area of 80,108m² of the two towers, turned the project into one of the new milestones in the new Plaza Europa, in the town of L’Hospitalet de Llobregat and a clear reference in the Barcelona’s skyline.

b720 Arquitectos
Functional program
The project consists of three main uses: hotel use, office use and commercial use. The various uses are distributed as follows:
- The hotel program was introduced in 28 plants spread over PB+25 and two technical floors and a gross floor area of 34,688 m2 in which are located approximately 344 rooms and 2 technical floors. The remaining space is distributed in a hall, a large banquet area, restaurant, conference and services areas (back/front office y bach of house).
- The offices program office, distributed in PB+22 and two technical floors, distributes and open floor plans of great structural light in a gross floor area of 45,420 m2.
- The commercial program is located within the parcel for offices, on the ground floor, building the façade that defines the park and closing the commercial ring Plaza Europa. 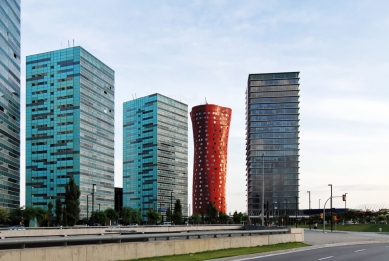 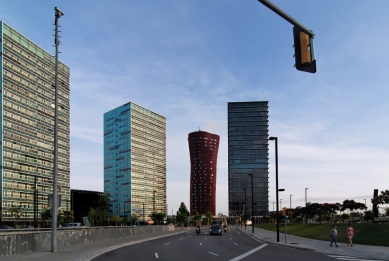 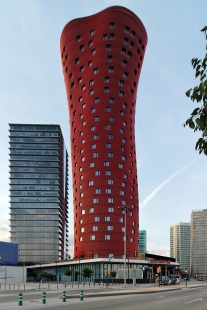 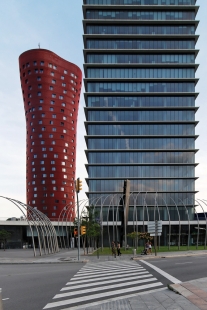 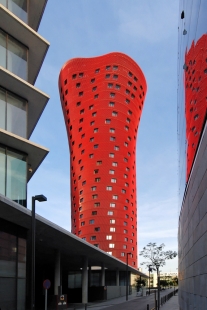 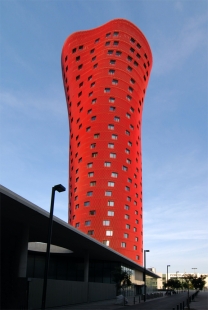 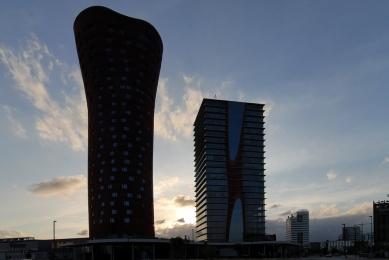 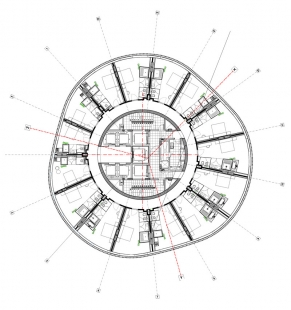 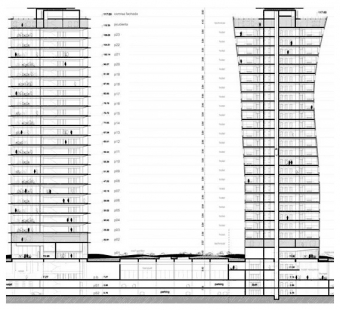