The Oceanarium is an extension to the North Sea Museum. Its central feature is the huge, fascinating aquarium with 4.5 million liters of salt water, depicting the harsh environment of the North Sea. It constitutes the largest cold water aquarium in the world. Besides the main tank, the Oceanarium also houses a range of minor exhibitions, aquariums, water laboratories, "touch-and-feel" basins and, at first floor, a seafood restaurant that overlooks the North Sea. Backstage, a series of large quaranteen aquariums and aquariums for food and breed can be found along with large oxydation, ventilation and pump facilities.
The water tank is a detached, elliptic object, placed at the foot of a large amphitheatrical staircase. From this position, up to 500 people are able to watch the main acrylic panel (6 X 12 m) and listen to the diver's comments from the tank via speakers.
The aquarium is a robust but also refined extension to the existing museum. The building consists of four floors, two of which are underground. This allows the ground floor to correspond to the existing museum, offering a logic and open orientation to the visitors.
In 2003 a tragic fire destroyed most of the Oceanarium and killed the fish. The fire originated from forgotten oily cloths form a craftsman. Given the free choice of a new advisor, the client still chose for 3XNielsen to perform the reconstruction - the vast concrete walls of the aquarium tank survived the fire, and the Oceanarium will resurrect very similar to it’s original, with some minor improvements built-in. 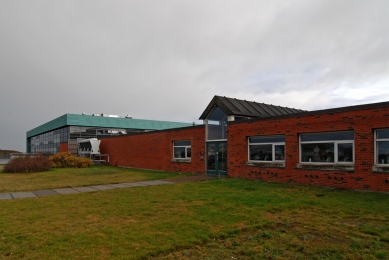 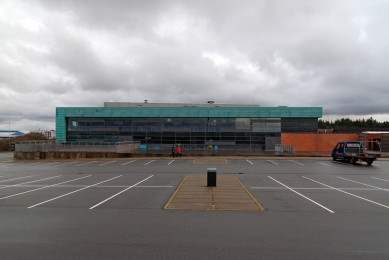 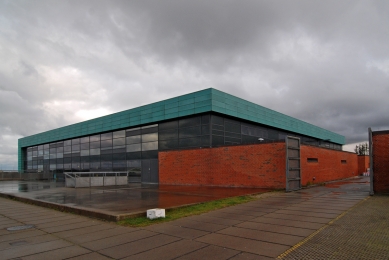 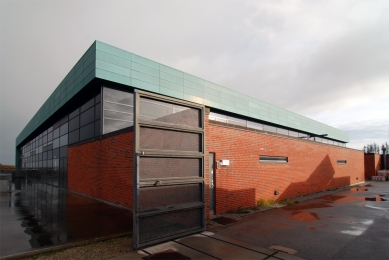 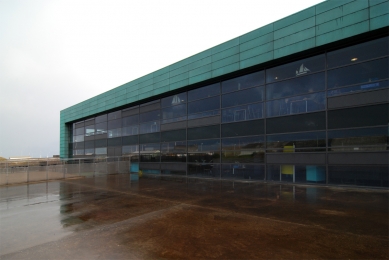 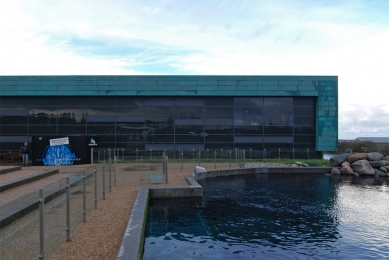 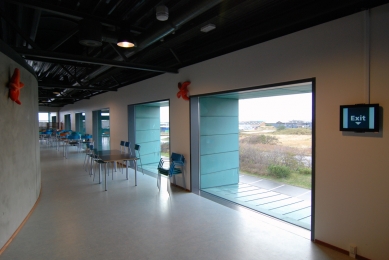 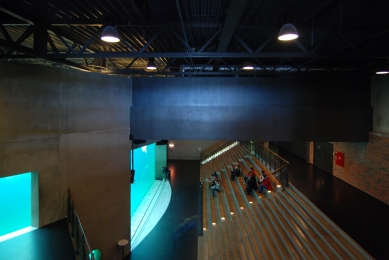 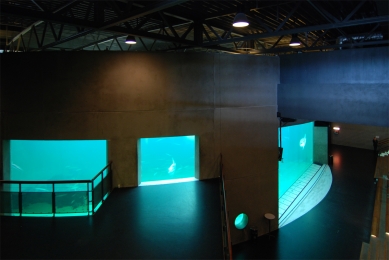 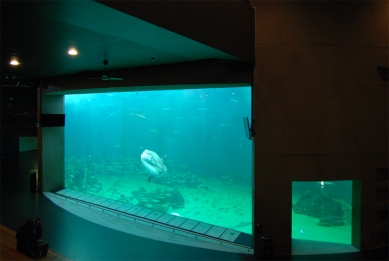 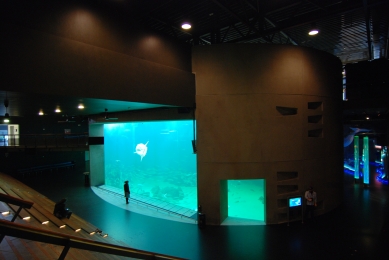 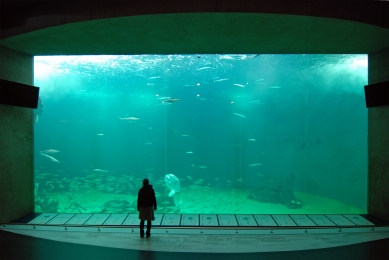 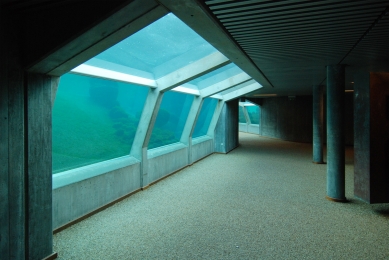