189 Kč
The overall design of the project reflects the longstanding tradition of glassmaking that Lasvit represents and promotes. The two traditional buildings from the early 19th century were completed with another two similarly sized and shaped abstract black and white structures to create a harmonic and functional compound. The first of the new buildings, seemingly composed entirely out of translucent glass, serves as an office café on the ground floor with an archive of design samples on the floor above. This large, well-lit rectangular space featuring an unusual concave dome ceiling with a grid pattern can be also used as a conference room when enclosed. The second building covered with black metal plates, which resemble the traditional cladding of slate plates used on roofs throughout the region, provides a four-story space partly hidden below ground. It is used for testing and presenting full-scale products — chandeliers and light-sculptures weighing up to 5 tonnes. The two culturally protected historical buildings were stripped of the various extensions and additions which were added during the two hundred years since their construction. Their facades have been carefully redesigned to their original historical state and their interiors humbly reconstructed to serve as office space for the Lasvit company. 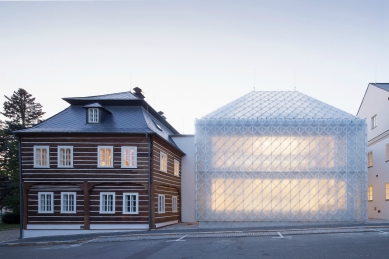 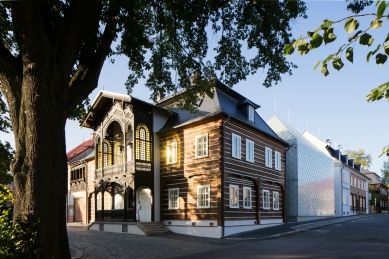 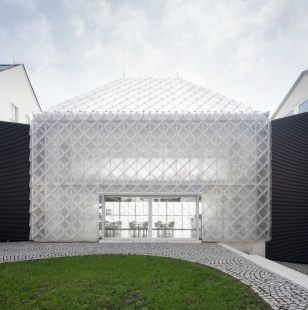 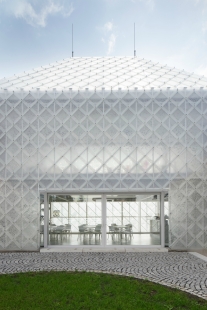 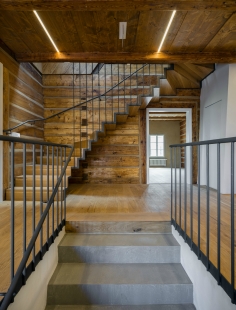 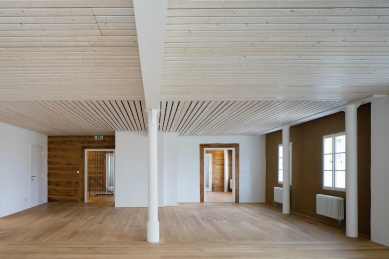 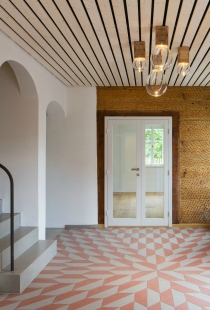 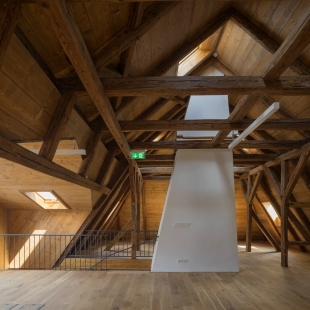 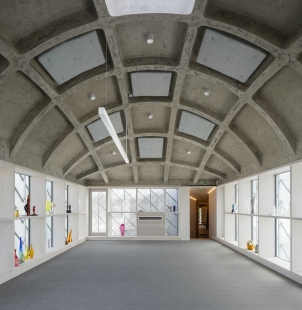 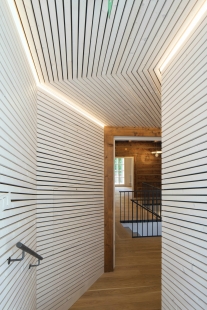 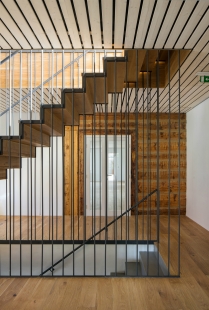 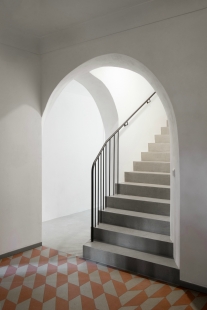 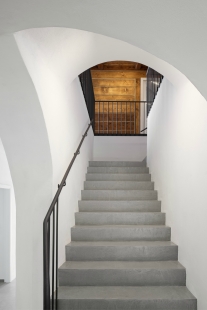 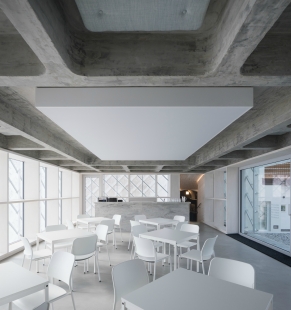 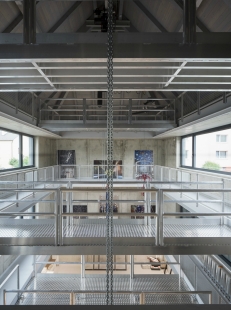 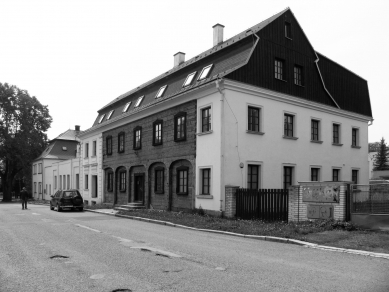 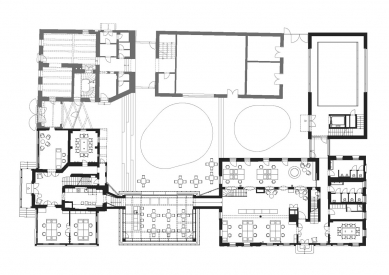 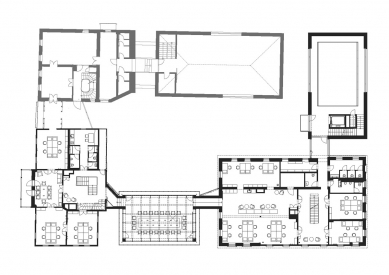 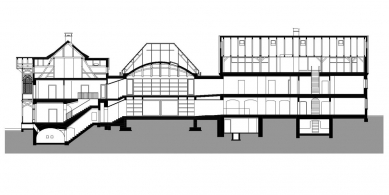 more buildings from o v - a