The museum was built in two stages. Alvar Aalto  was commissioned to draw the architectural plans for it in 1956; the building was opened in May 1961 with interior designs by Alvar Aalto's Architects' Office and Maija Heikinheimo and Marja-Liisa Parko from Artek. The extension situated below the oldest part was planned and constructed after Alvar Aalto's death. His wife Elissa Aalto was in charge of Alvar Aalto & Co, which made the designs for the new part opened in December 1990. In the present composition, the entrance is located in the new part, while the former entrance can still be seen on the third floor. The total area of the old part is 2140 and the extension 755 square metres.
The museum has exhibition space on four floors, lecture rooms and a desk for publications on sale. The facilities also include a well-appointed auditorium, a lecture room in the old part, and a cafeteria, which can all be rented for courses, meetings and other similar purposes. Tel. +358 14 624 930.

Museum's homepage
“This museum, built to a tight budget, is to accommodate travelling exhibitions and the Central Finnish Folklore collection. The offices, conference, and work facilities are on the entrance side of the building. A large hall is divided along its length by high clerestory rooflighting, though this is more like a large high window, so that two different kinds of long space are provided in the hall. The lower level is lit by an echelon of circular rooflights, which means that light there falls in pools. This is in contrast to the higher space where all light bounces around off the surfaces. The exterior in its rendered simplicity harks back to Aalto's buildings of the twenties, relying on plays of light on forms for its distinction.”
David Dunster: Alvar Aalto, St. Martin's Press 1984, p76. 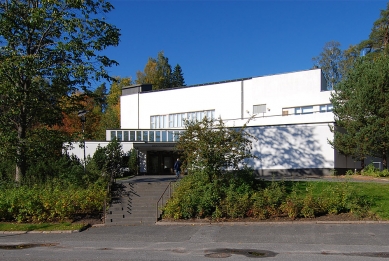 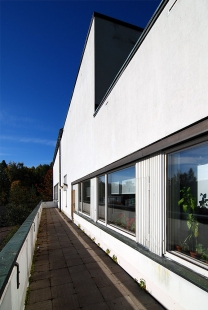 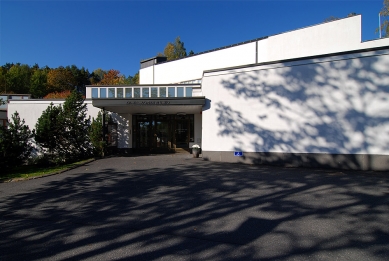 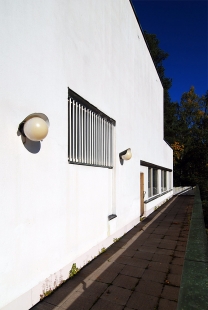 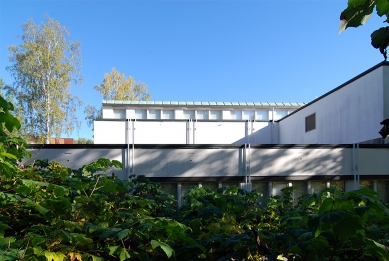 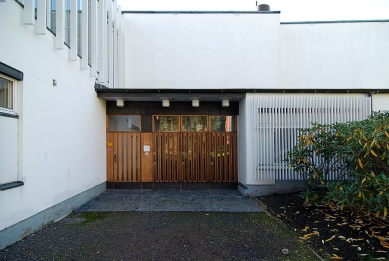 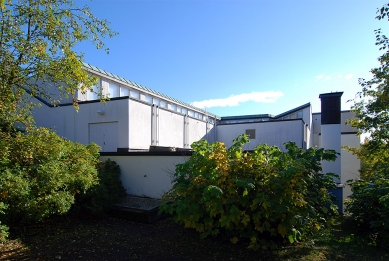 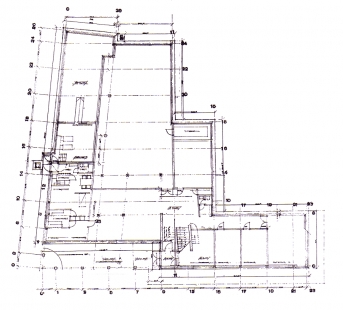 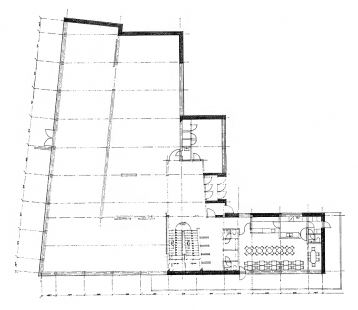