"The 'house of culture' (Kulttuuritalo) serves as a centre for the cultural work of various trade-union organizations. The building comprises three distinct parts: offices, lecture and conference rooms, a concert hall. The office part has five storeys with 110 offices, meeting rooms and two flats. In the lecture and conference room section (in the middle of a U-shaped complex) are a lecture hall, study rooms, discussion rooms, a library and a records room. The concert and congress hall is the main feature of the group. The hall, with 1500 seats and a stage 200 sq m, is primarily intended for concerts, but is also used for lectures. The various parts of the building are linked together along the street by a canopy 60m long, under which are the main entrances. The free asymmetrical form of the hall entailed the development of a new facing element, a wedge-shaped brick, with which all the curves of the irregular exterior could be realized." 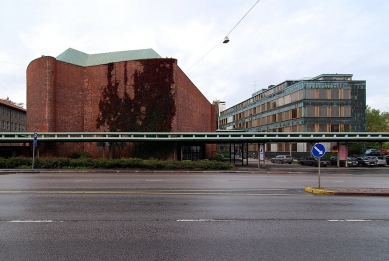 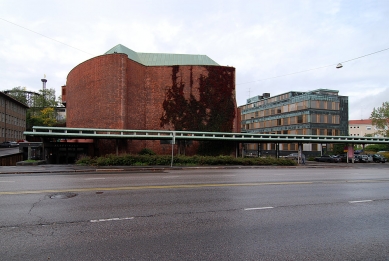 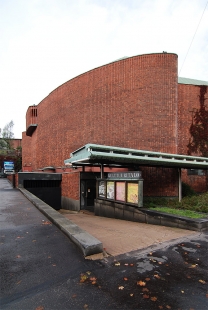 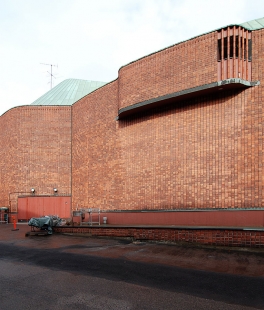 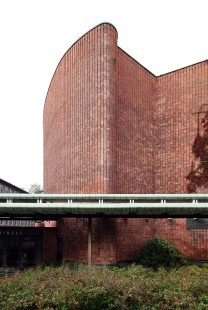