A belief in the power of Drawing and its central role in artistic creativity is vociferously shared by Stuart Bartholomew, the Vice Chancellor and Head of Arts University Bournemouth and its architect alumnus, Sir Peter Cook. In 2014 Bartholomew invited Cook to design this building, which is dedicated to that pursuit. Cook’s office CRAB (the Cook-Robotham Architecture Bureau) with Jenna Al-Ali as Project Architect have then developed an instrument that is to be used by the students of all of its 17 departments. These range from painting, sculpture and Illustration, through to architecture, costume, drama, and model-making with the result becoming the first such dedicated Drawing Studio as a stand-alone structure to be built in a British art college for more than 100 years.
The Studio celebrates – and designed around - the phenomenon of natural light. Taking the form of a large room of 140 square metres . Thus it has a 30 square metre oval north-light window as main illumination, with a ‘booster’ light for the rear of the room from a clerestory window of 10 square metres. On the east side there is a further natural light source in the form of a low window located under a long bench that emanates a mysterious glow and finally, a gradated wash of natural light passes through the glass entry door and along the curved wall beyond.
The outside of the building is a totality - uniformly painted blue and serves as a ‘marker’ element for the north end of the AUB Campus. The interior is uniformly white – and thus acts as a foil to the drawing activity. Such uniformity serves to concentrate the eye upon the form and undulations of both exterior and interior.
This single entity unfolds towards a small ‘porte clochere’ that protects the actual entry door : and inspires a formally related wing for the emergency exit. Small internal zones – the toilets, service room and drawing store room are provided on the southern flank of the Studio room but are encompassed by the major sculptural form.
The external skin is a steel-sheet monocoque construction of 17 steel panels - prefabricated in the factory, transported to site and bolted as a kit of parts and then welded to form a smooth, waterproof enclosure. The internal skin has been developed through a technique of GRG (glass reinforced gypsum) that enables the exterior profile to be directly echoed within, whilst at the same time creating a useful servicing and insulation cavity.
From a very early stage, the design team of CRAB studio (architects), AKT II (structural engineers), steel shell fabricator CIG and main contractor Morgan Sindall all collaborated very closely and discussed a sequenced operation on a very small site.
CRAB Studio 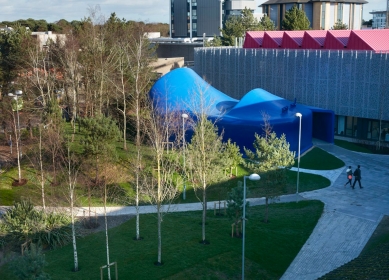 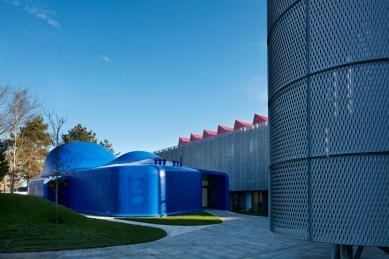 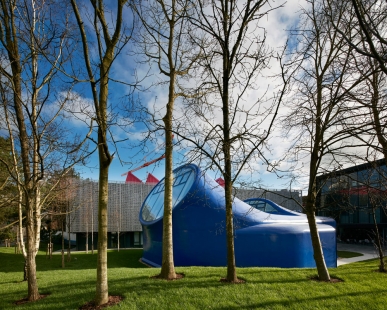 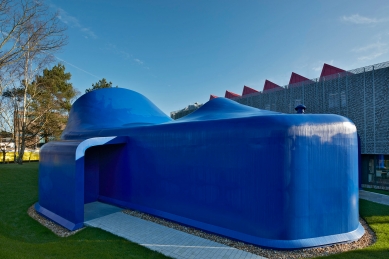 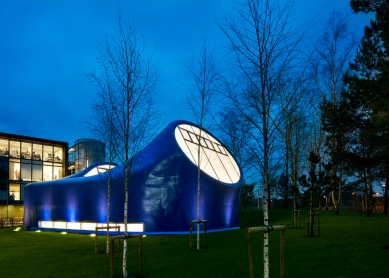 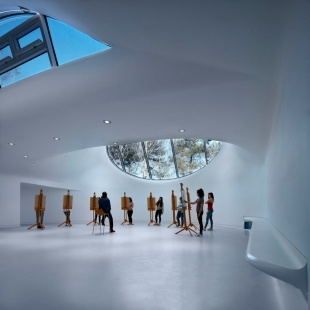 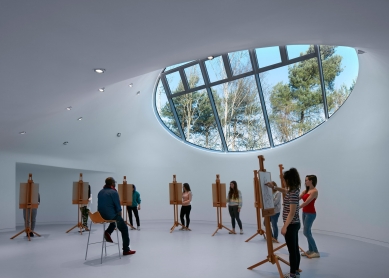 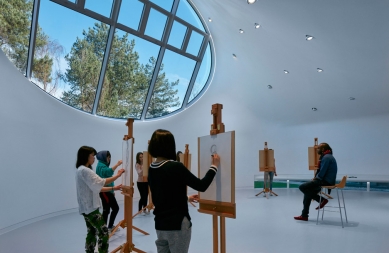 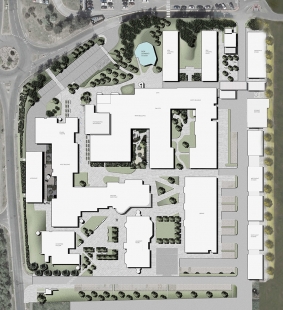 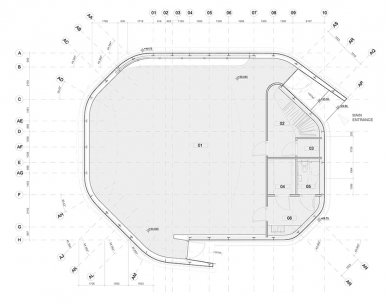 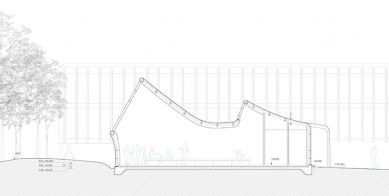 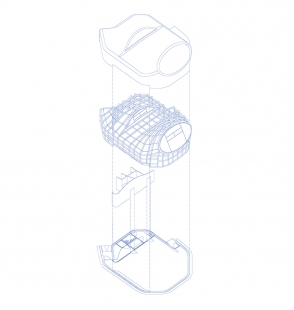 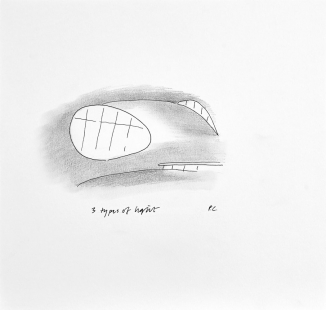 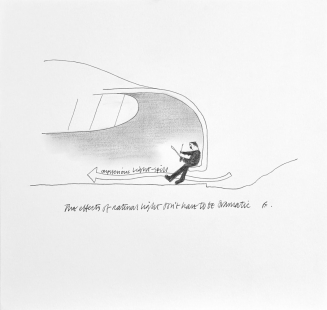