This complex, which Aalto started working on in January 1960, incorporated the main principles of his entry in the Danish international church competition of 1958. The complex consists of the Heilig-Geist-Kirche (Church of the Holy Ghost), a bell tower, a parish building, a vicarage, and a kindergarten. The first three whitewashed buildings constitute a tightly-knit group. The most conspicuous feature of the church is the vault, which soars from the ground behind the altar to form the roof. In the wedge-shaped interior, the vault is marked by five emphatic strips of wooden slats extending fan-like to cover the whole ceiling. The outer side walls have a geometric starting point some ten metres from the altar, which lends the plan an austere cohesion. To the right of the altar is a pentagonal baptistery capped by a lantern seen outside as a copper-clad tower. The unusual-shaped side windows high up distribute morning and afternoon sunlight in such a way that it does not directly reach the pews. The bell tower consists of two parallel vertical concrete planks with four shelves for bells between them. The parish centre is a fan-shaped single-storey building with two rooms for confirmation classes, a large assembly hall, a meeting room, a club room, and a kitchen, all grouped around an entrance. The vicarage, a long, rectangular building one and a half storeys high, contains offices and four apartments for the vicar, the chaplain, the precentor, and the parish nurse. Planning of the kindergarten, located west of the other buildings of the complex, began in 1962, and it was built the following year. The kindergarten consists of a rectangular wing with offices and a fan-shaped wing containing four separate sections for classes. 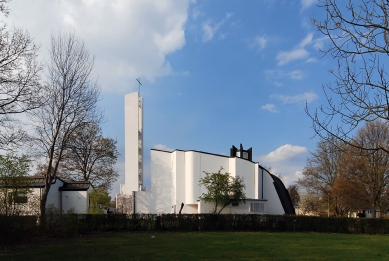 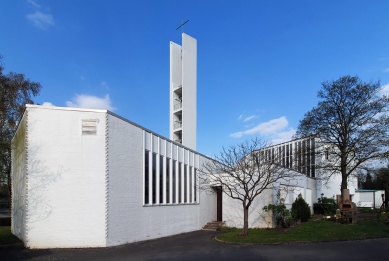 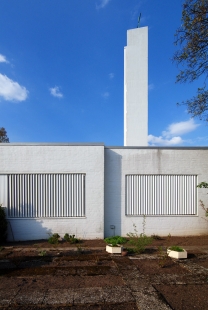 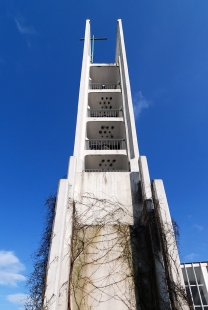 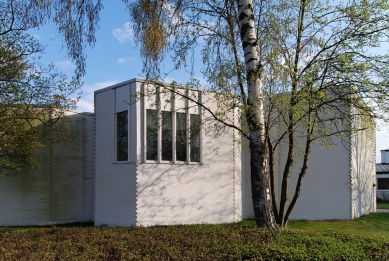 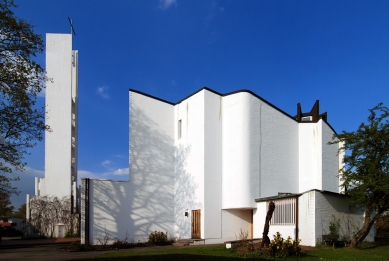 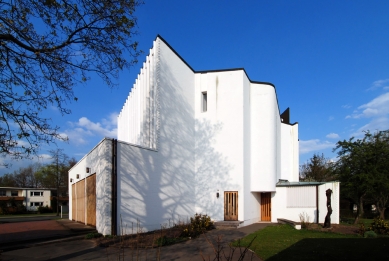 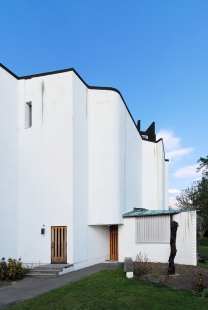 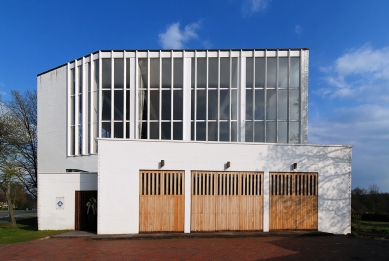 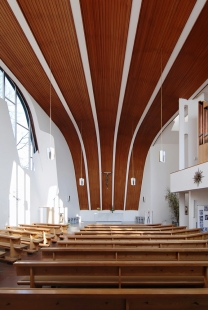 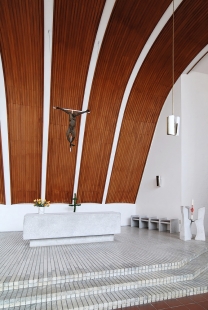 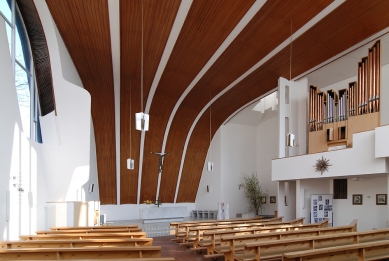 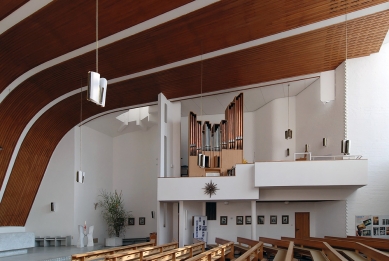 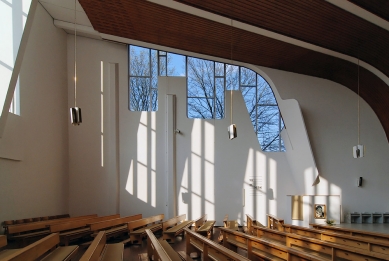 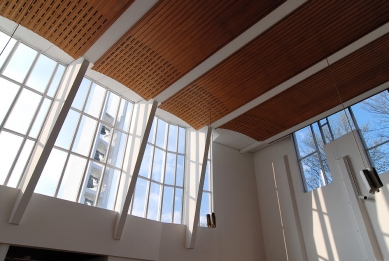 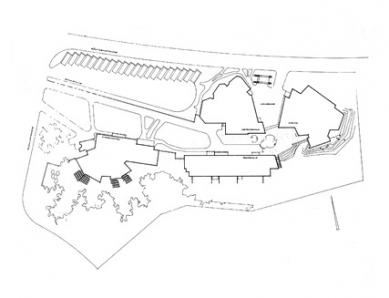 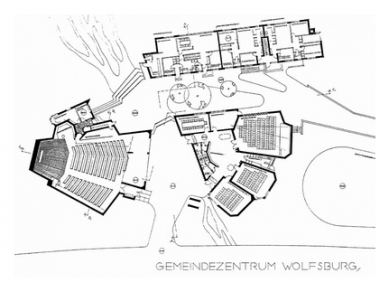 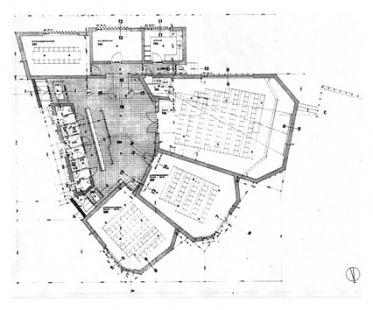 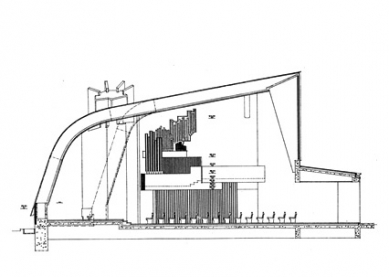 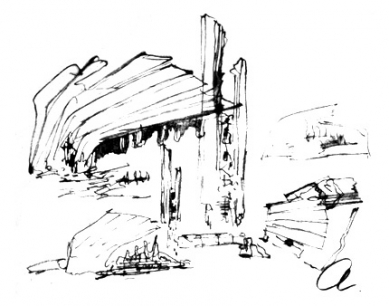