The reconstructed facility is a semi-detached house from the 1960s. The building did not stand out with anything particular among similar buildings in the vicinity. The Investor purchased the building with an intention of renting it. As the facility's area was too large to rent the building at an attractive price, one had to separate two independent, smaller premises within it. The Investor came to our studio with these assumptions.
Out of economic reasons, one had to minimize the changes to the building as much as possible. For this reason, the existing internal load bearing walls, which separated the staircase and the stairs themselves, were left intact. A slight modification of one of its flights made it possible to horizontally divide the building into independent floors.
The lowest floor did not change its function, it remained the garage-utility part, similarly to the building situated in the back of the lot. These parts were allocated to the apartments created on the upper floors. It was possible to design three rooms in both apartments, which increased the appeal of the premises. The living rooms with the large glazing were located on two opposite sides of the building. The existing balcony from the garden side was left intact. It was only given a slightly different and more modern form. The building was insulated, and white plaster and gray composite boards were used to finish it.
By recycling the building, the Investor gave it a new life. Adapting the already existing facility to the new function allowed to save some of the resources of our heavily exploited planet. 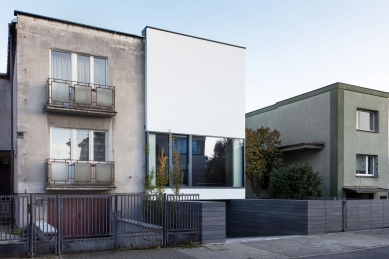 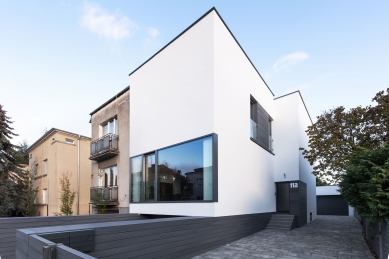 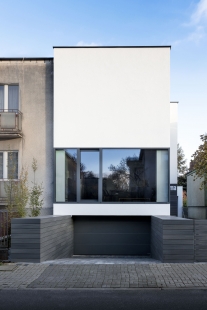 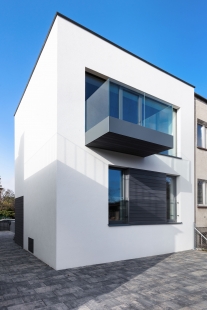 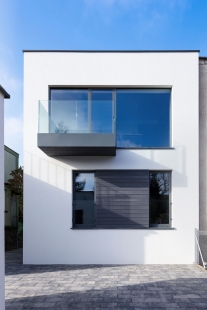 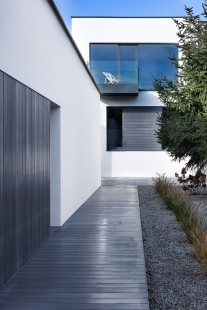 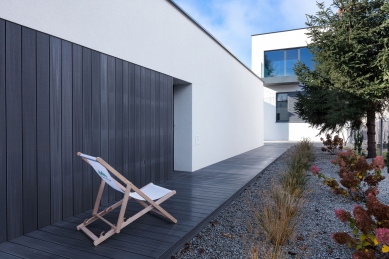 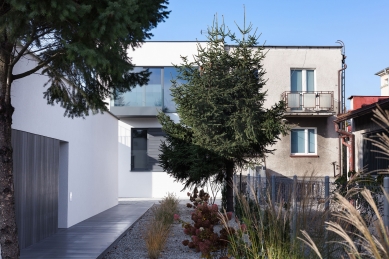 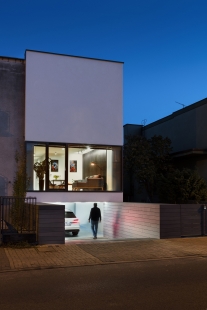 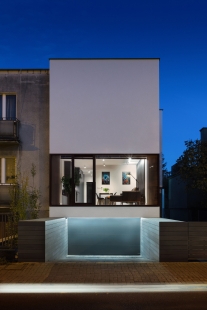 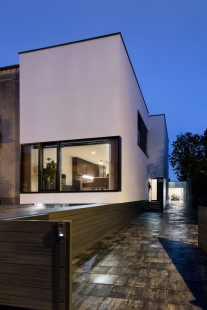 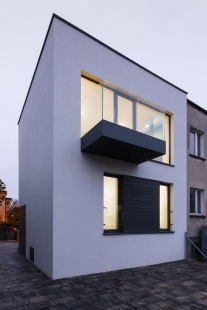 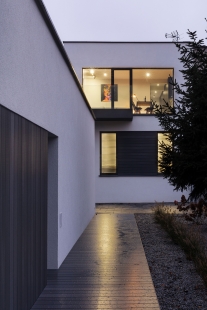 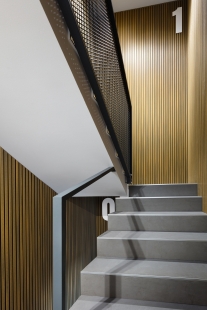 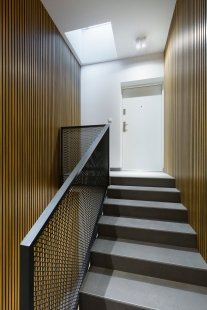 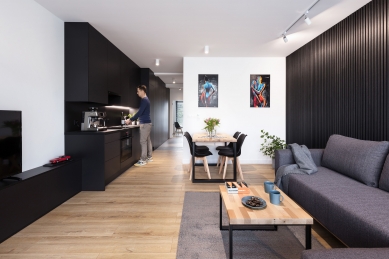 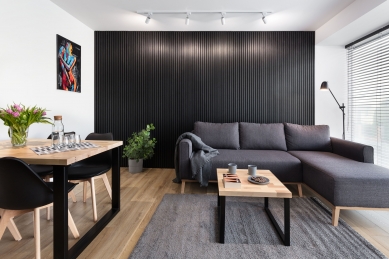 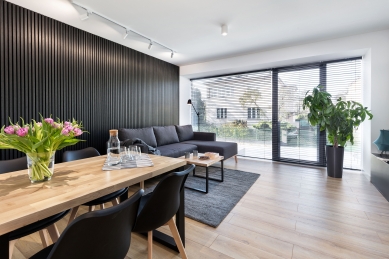 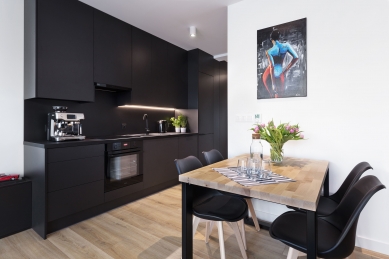 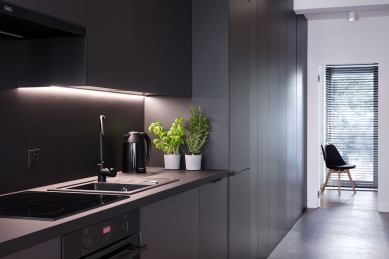 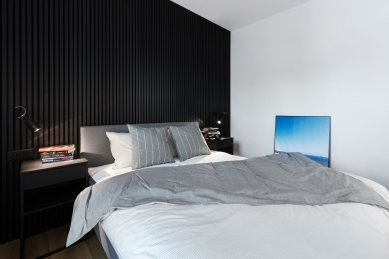 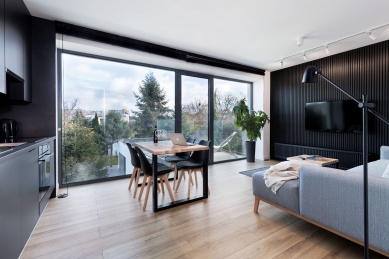 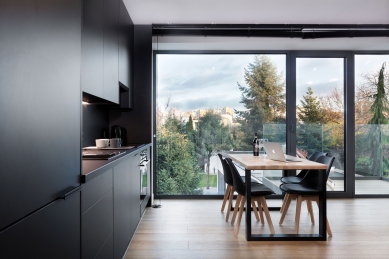 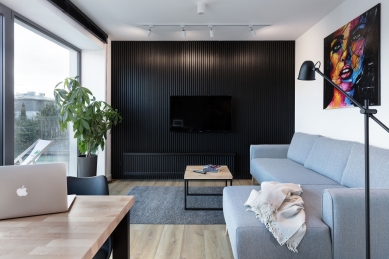 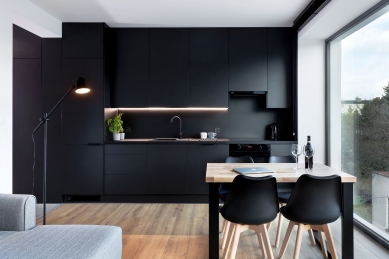 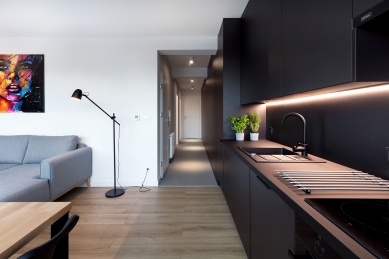 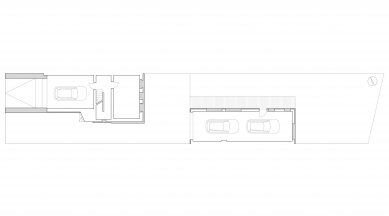