"In its simple but rich spatial composition, in its expression of enclosure, and in the way light gives character to daily-life spaces, this house encapsulates an image of my architecture."

One of the earliest works of the self-taught architect Tadao Ando is the Azuma House in Sumiyoshi, where the house is split into a spaces devoted to daily life (composed of an austere geometry) by the insertion of an abstract space for the games of wind and light. His goal, he says, was to introduce a question on the inertia that has invaded human dwellings.
Thanks to the Azuma House, Ando received an award from the Japan Association of Architecture in 1976.
Located in Sumiyoshi, Osaka, Azuma House replaces one of the traditional houses in the area built in wood. While this area is not the most chaotic of the city, there is a clear contrast between this "concrete box" and its surrounding buildings.
Built between medians, this apartment is perched on a lot of 57.3 m². The total square fottage of 64.7 m² is divided into three equal sections: two floors and a patio.
This box of concrete occupies the entire site. The building, centripetal as far as its organization, has a tripartite structure centered around an uncovered patio.
On the ground floor are located the living room and a kitchen, separated by the central outside courtyard and the staircase that leads to the upper floor, where the two bedrooms are joined by a walkway. The central uncovered area is the only source of natural light throughout the house.
The courtyard, which acts as the hub of daily life in the house, separates the living room located at one end of the ground floor from the kitchen-dining room and bathroom, located in another end. On the top floor, the children's rooms on one side face the master bedroom on the other side of the central courtyard, which is reached by a bridge. The building shows a blind or solid facade to the street. The presence of a door suggests the use of this box.
The reinforced concrete used in this house is presented as the ornamentation for the facade. 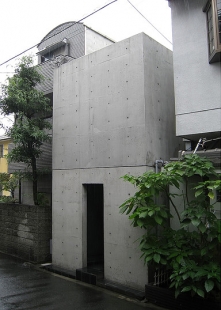 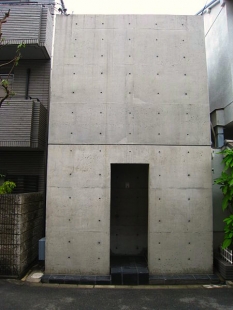 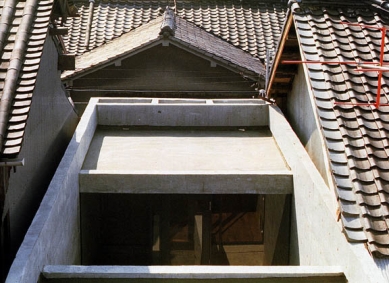 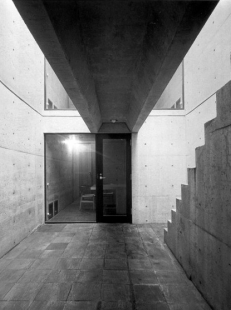 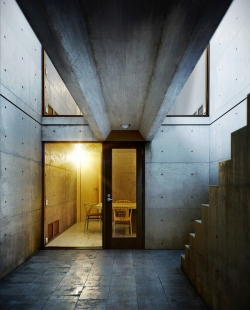 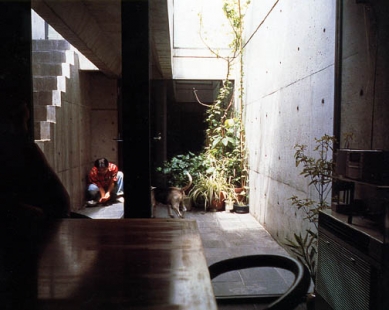 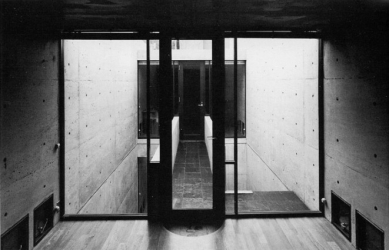 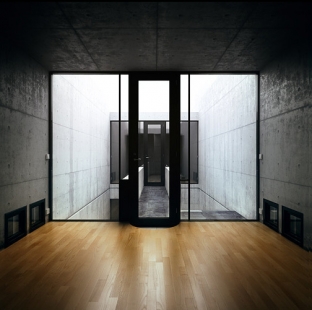 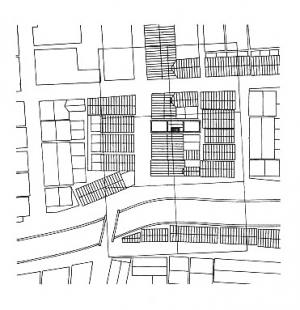 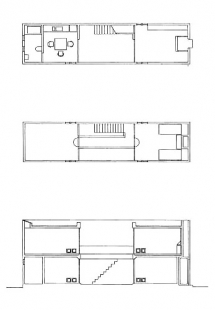 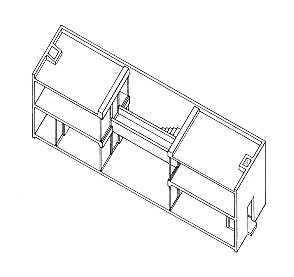 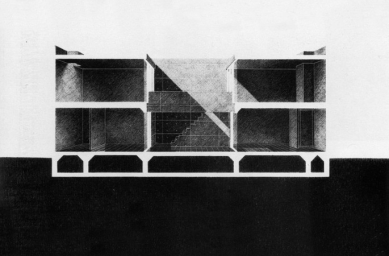 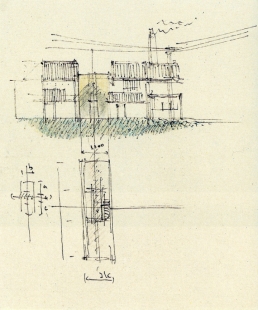