The aim of this project was to build a prayer hall that would enhance the attractiveness of a stone Buddha sculpted 15 years ago.
Our idea was to cover the Buddha below the head with a hill of lavender plants. We called the idea the ‘head-out Buddha’. Embedded under the hill are a 40-metre approach tunnel and a rotunda embracing the statue.
The design intention was to create a vivid spatial sequence, beginning with the long approach through the tunnel in order to heighten anticipation of the statue, which is invisible from the outside. When the hall is reached, visitors look up at the Buddha, whose head is encircled by a halo of sky at the end of the tunnel.
Tadao Ando 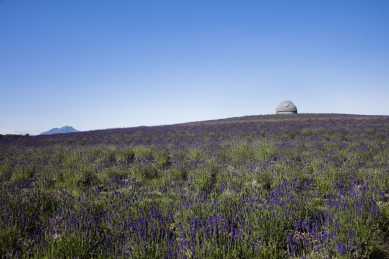 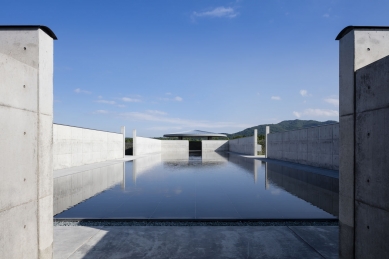 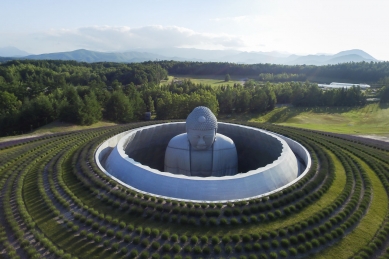 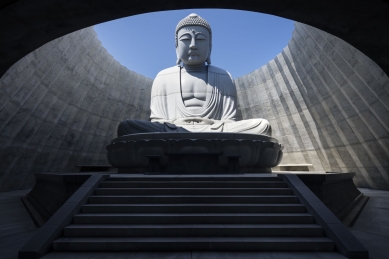 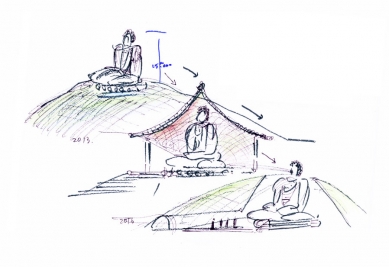 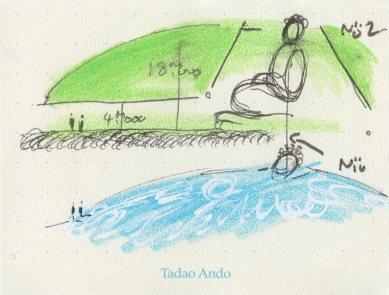 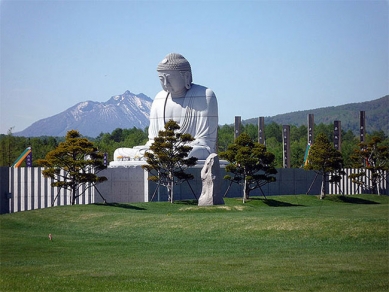