In order to lower the rent for the average income, architects as well as developers in Europe are under the pressure of lowering the cost of social housing, in terms of construction as well as operation. On the other hand, cheap „poor man’s houses“ should be avoided. How to combine these opposing demands, is demonstrated by this project on the outskirts of the city of Innsbruck, capital of the federal state of Tyrol. It does not only conserve energy and is inexpensive, but also uses high standards of residential design and a special quality of form.  The secret of its success is that the architects thought of saving costs already during the design phase. Compact building volumes with relatively small exterior surfaces and highly insulated exterior walls are associated with a not effortless but very efficient environmental control system, combining the following factors: controlled ventilation of the apartments with thermal recovery, hot water provided by solar collectors, using rainwater for flushing toilets. Both units consume about 70% less energy than one conventional residential building.  Cost were also lowered by accessing eight apartments each per story from a central stairwell. This central node, illuminated from above, with an elliptical spiral staircase has a specific quality: The surrounding walls do not form a rectangle, but swing in a convex manner to the niches in the corners, where the entrances to the apartments are grouped in pairs. Similarly striking is the design of the multilayered facades. The wood lattice fronting the peripheral balconies softens not only edges, but also offers privacy for the inhabitants. 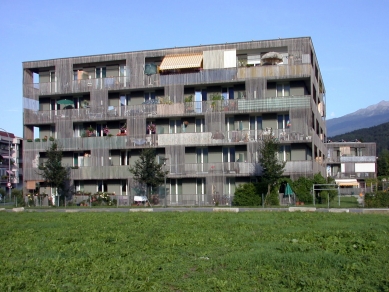 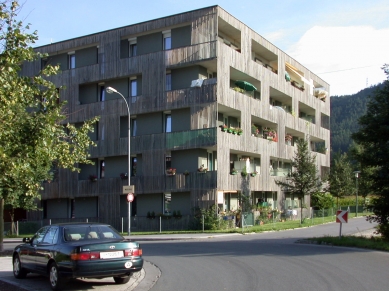 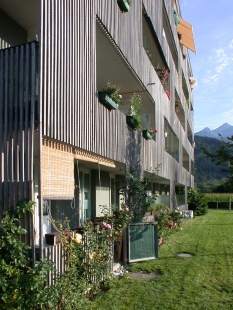 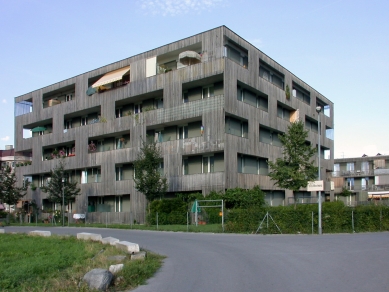 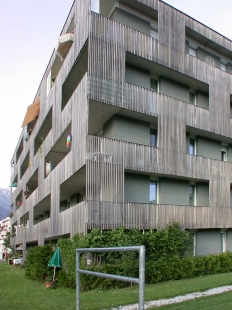 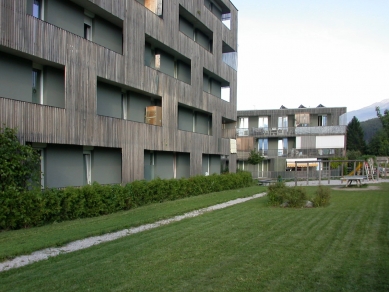 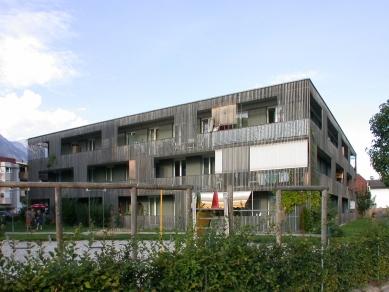 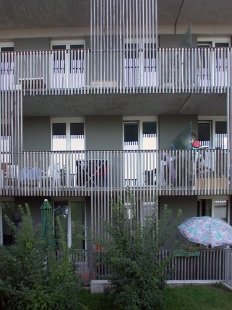 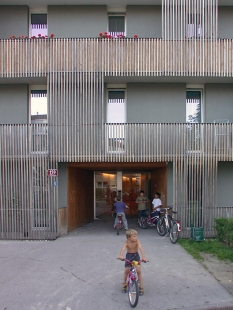 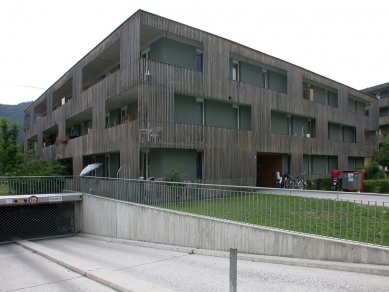 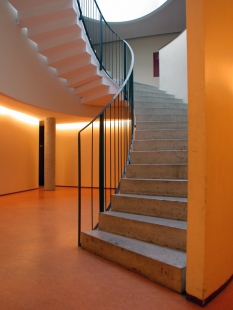 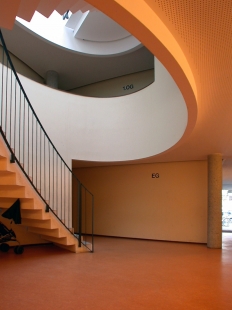 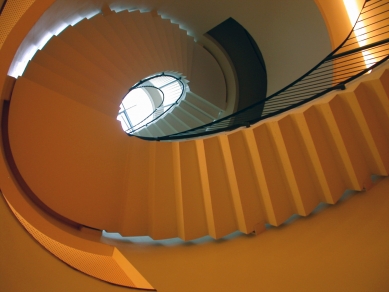 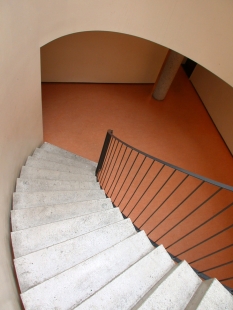 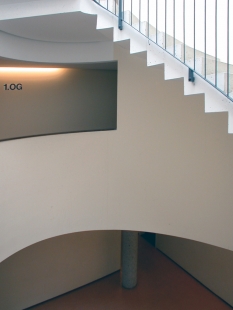 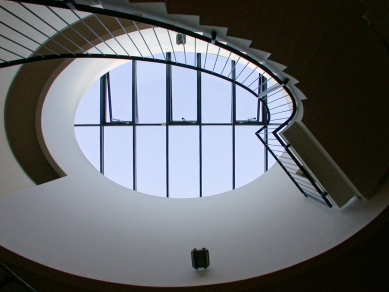 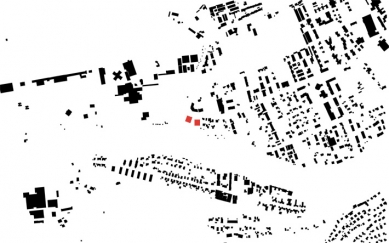 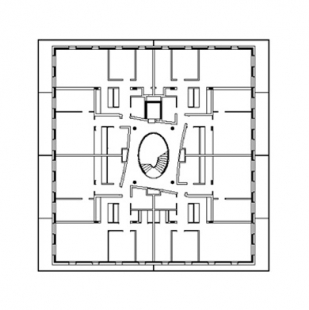 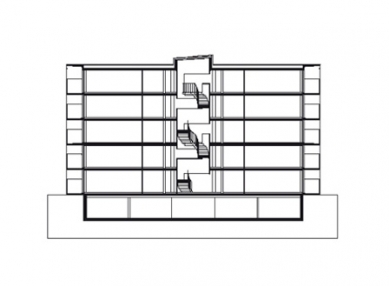