Source
NL architects
Publisher
Petr Šmídek
28.01.2010 18:00
NL Architects
Hart van Zuid is an indusrtual area in city of Hengelo. The district is located south of the strain sloution, right in the heartof the city. Thr area is defined by the typical emblem of 20th century production: the saw-tooth shed. Hart van Zuid is currenty being redeveloped; it will be converted into a lively quarter where people will live and work comfortably. Hart van Zuid is s statement against monoculture: urban life will be celebrated here in a mixed use environment. Education and leisure will be a part the spectrum. High tech industrial activities remain a crucial component.

An important aspect of the future developments is the industrial heritage: how can we respect the existing structures? How can we respond to this context with new buildings? The beeldkwaliteitsplan (the zoning document that defines te esthetic parameters of an area) prescribes that sturdy, stern and uncompromising. Trough these properties the building will acquire the character of a sign“.

The new office building for Siemens in Hengelo will be located prominently at the 'head' of a strip of industrial buildings. Together with the wonderful station by H.G.J. Schelling, a new cultural building by Benthem Crouwel and the projected WTC, it will envelop a new square designed by Karres en Brands.

By 'flipping' the existing horizontal tissue to an upright position a strangely familiar office building comes into being. The Siemens office basically is a vertical version of the sheds that are at its base. The saw-tooth roof lights turn into glamorous windows. They will boost up the main elevation into a transparent logo for Siemens and for the area as a whole. The facade as such 'introduces' the industrial zone that lies behind it. Through the oblique position of the windows, the Industrie plein and its visitors will be reflected in the sculptural facade.
The protruding elements that frame the titled windows provide a form of sun protection. Form the inside the principle works as a visor. The slanted windows reduce glare. And reflections. Like Traffic Control Towers, these office will have an optimized view. 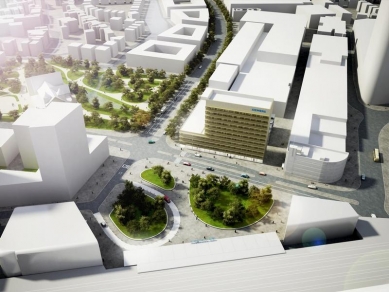 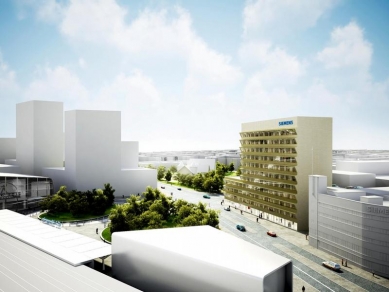 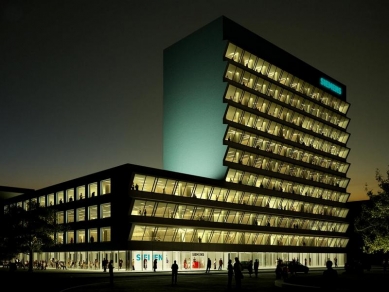 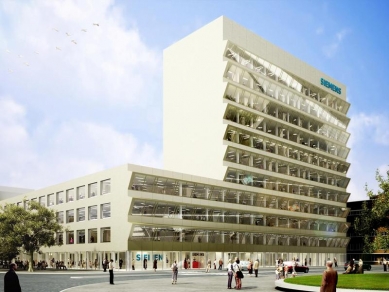 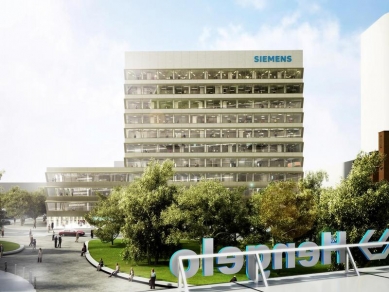 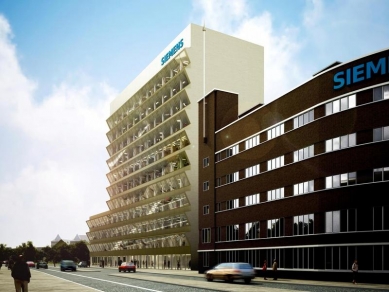 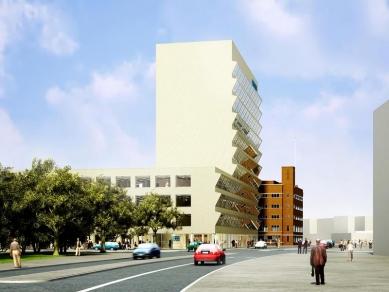 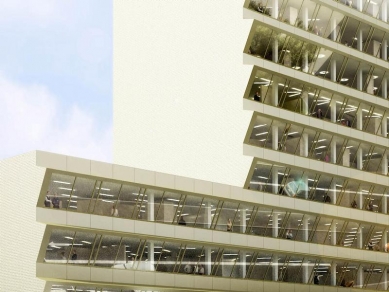 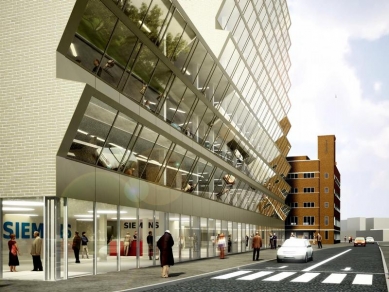 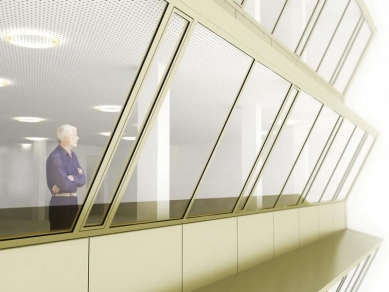 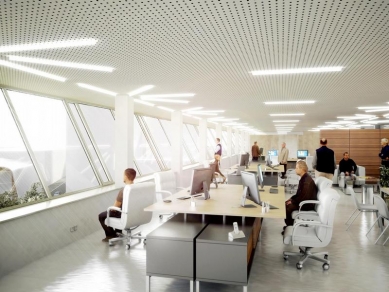 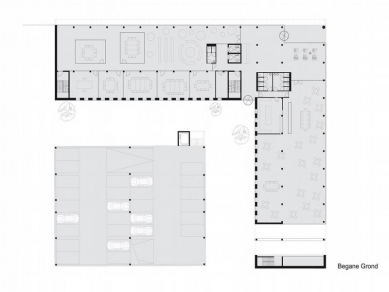 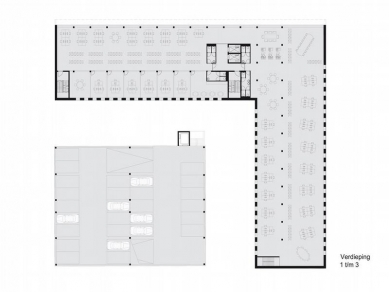 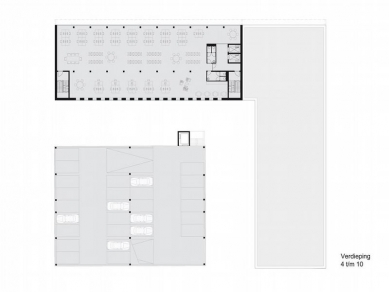 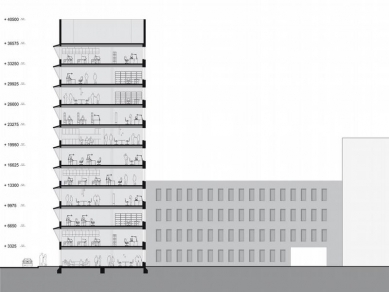 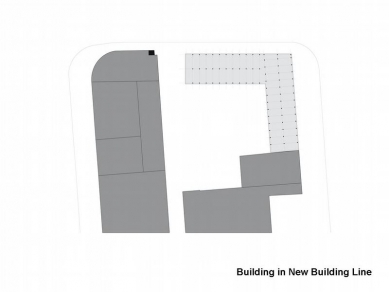 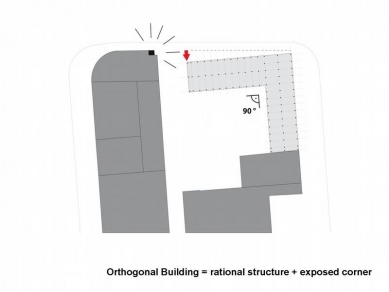 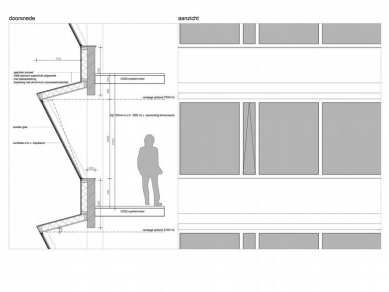 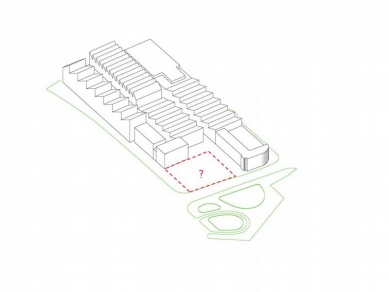 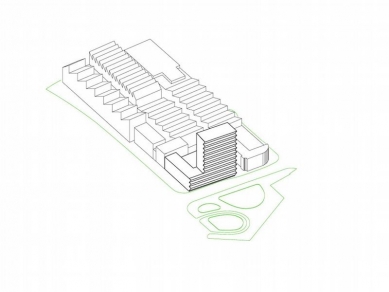 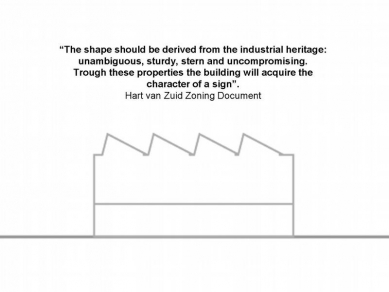 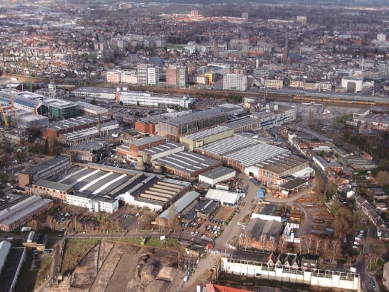 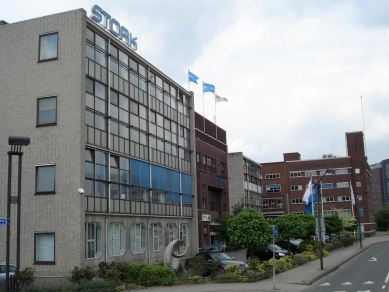