Head Office of Saxony and Thuringia

Representative stairway area
The administrative centre for the Federal Reserve Bank for the states of Saxony and Thuringia moved from Berlin to Leipzig’s old fairgrounds in February 1996, thus consolidating the main offices of the federal reserve bank in Leipzig. Deutsche Werkstätten Hellerau GmbH was commissioned by the Philipp Holzmann AG / Hochtief AG consortium with the interior construction of the representative stairway. This included the mahogany panelling for the walls, ceiling and fire doors stained a deep rich red, set off majestically with bronze-coloured fittings. The infill for the panelling as well as the doors were made from pyramid mahogany in a cross-joint configuration. The frames were made from African Kaya mahogany.

Executive floor
Deutsche Werkstätten GmbH was commissioned as general contractor for the interior construction and furnishings for the executive floor of the administrative centre. The work included designing, planning and coordinating the construction as well as approving all the various trades and was carried out in joint cooperation with the Wimmer architectural firm (Düsseldorf). The executive areas are on the second floor of the new bank building and open up onto a large, south-facing balcony extending the length of the building through ceiling-to-wall windows, allowing direct access to the outside. The architectural concept emphasises this distinctive setting. The inner walls of the offices and meeting rooms form U-shaped rooms opening to the front and thus to the light. Curtains extending the width of the rooms made from coarse natural linen, falling from the open ceiling area to the floor, turn the respective façades into translucent fourth walls. The entrance to the executive area is the only place where strong colours predominate: visitors are greeted by a luxuriously thick crimson wool carpet, flush-fit to a black morta oak tile trim, leading one on into the rooms beyond. 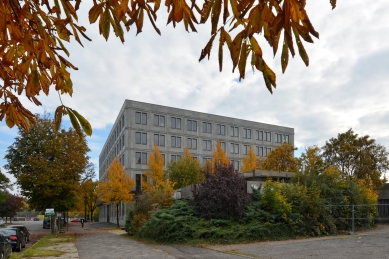 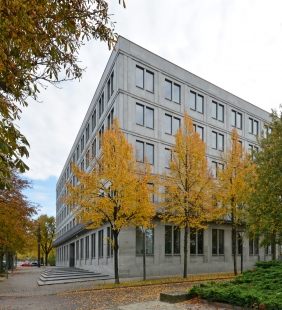 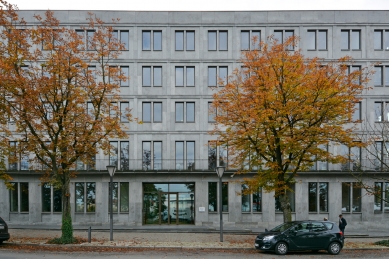 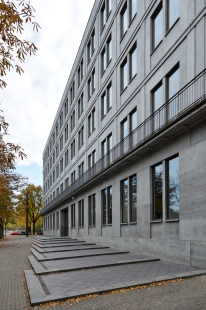 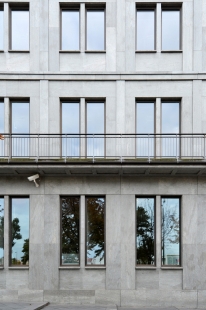 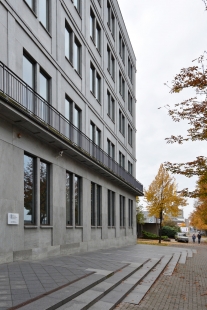 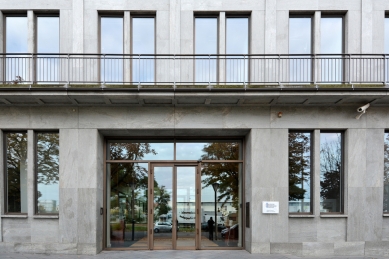 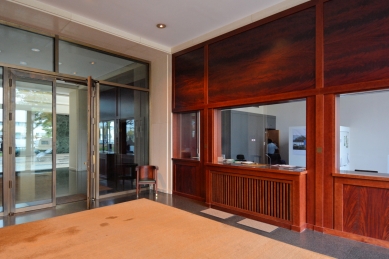 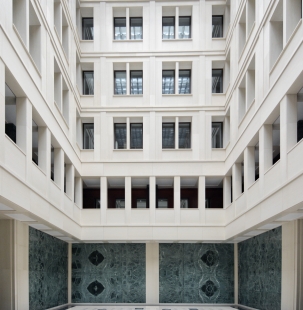 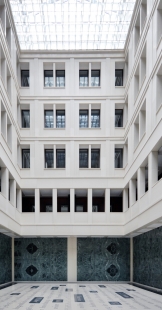 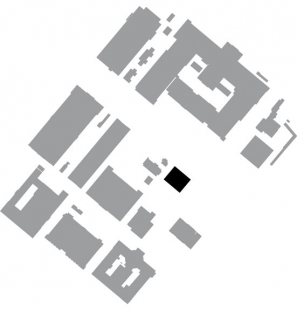 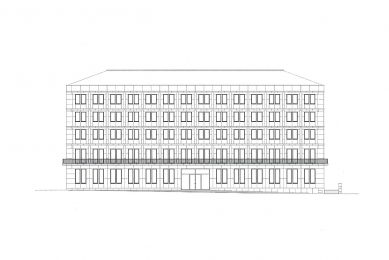