a house unique by nature

Foto: Paweł Ulatowski
Polish design studio Mobius Architekci designed a unique house located in the vicinity of the Kampinos Forest near Warsaw. All it takes is one glance to see that it is difficult to find another with a similar structure of forms. No surprise, it's a world unique villa design shaped entirely by nature.
The dense pine forest in Izabelin near Warsaw is a natural extension of the Kampinos Forest. The building area, situated in the eastern part of the national park buffer zone, is one of the most attractive areas sought after by Warsaw residents.
The sandy soils and soaring silhouettes of slender trees give the place an unusual, somewhat cinematic ambience, which enchanted the investors and inspired the Warsaw-based architect Przemek Olczyk of Przemek Olczyk Mobius Architekci.
"I did not give much thought to the shape of the building while designing it. I marked out wooded areas on the plot and wanted to leave them intact. Then swirling around them, I began to draw further sharp lines of the house, cutting out space. This is how the concept was created, which suggested or dictated the building's shape" says the architect.
The name of the building discloses its original intent. The structure remained unclosed, and the individual axes of the building plunge straight into the thicket of trees. The effect of staying in the pleasant forest twilight is enhanced by glass panes - front, side and corner, with frames embedded in the façades. Furthermore, the skylight located in the surface of the roof slab permits access to the usable part of the roof, which makes the feeling of communing directly with nature perceptible.
When navigating through residential buildings, we usually know which part of the building we are currently in. It's not the case with Wind. The structure of the functional spaces has been subordinated to the rigours of the natural forest context to such an extent that moving through the building is a surprising experience.
The building is so complicated that it is impossible to delineate two axes parallel to each other. It was such a challenge that we had to change surveyors twice - states Przemek Olczyk.
While remaining a resultant of the trees layout and practical functions, the building blends even more firmly into its context thanks to the façade. The facades are made of Siberian larch in an openwork arrangement, in some places concealing window openings covered with wooden lamellas. The same wooden panels were used to design the customised, openwork louvres. Part of the façade covered with natural stone penetrates into the interiors, blurring the formal boundaries of the architecture.
Consequently, this nearly 450 sqm building creates a finished product stylistically coherent inside and outside that gives its owners a sense of constant communion with the building’s architecture, which does not compete with the natural landscape of the Kampinos Forest buffer zone. 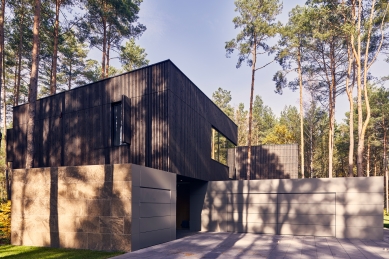 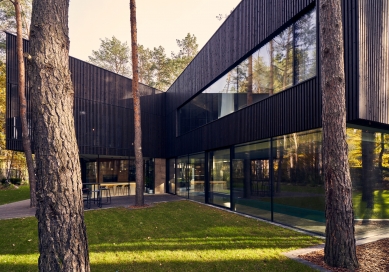 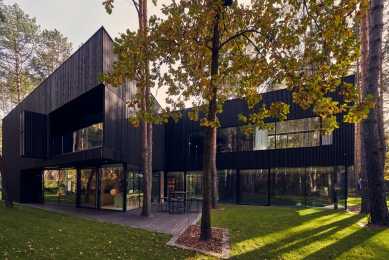 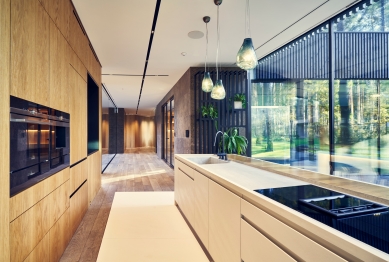 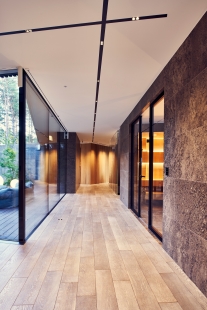 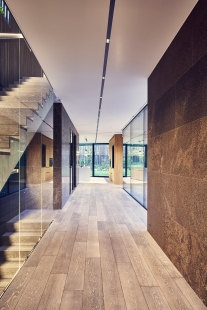 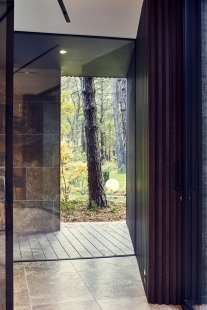 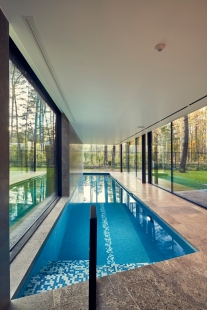 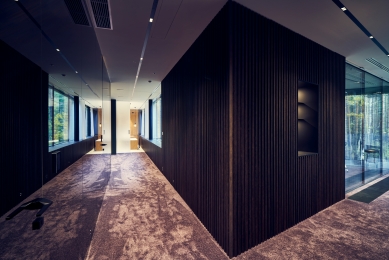 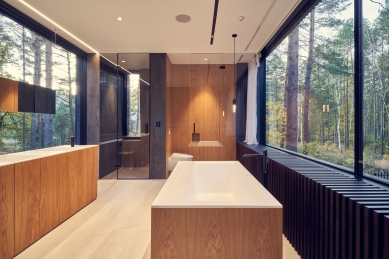 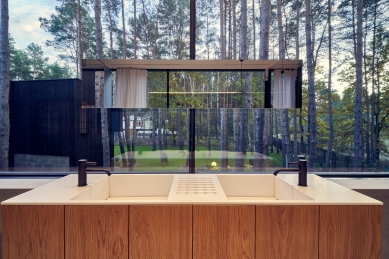 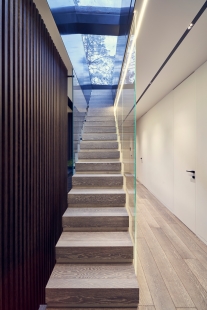 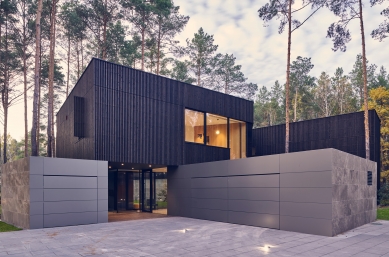 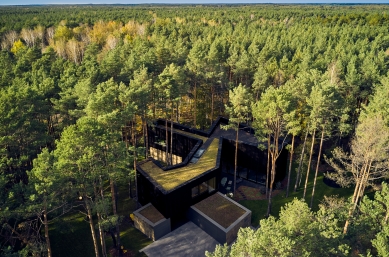 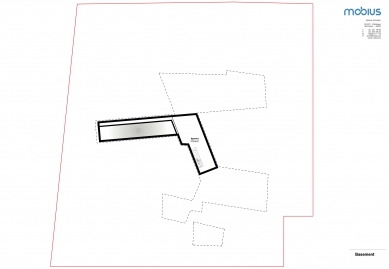 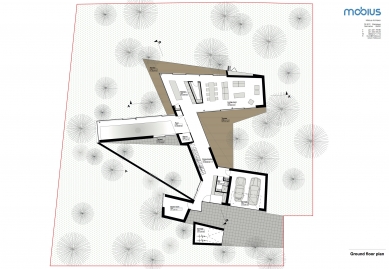 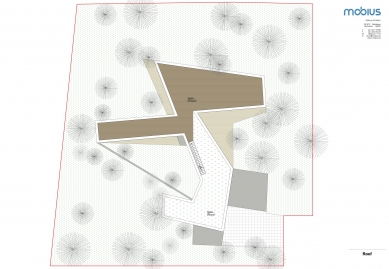 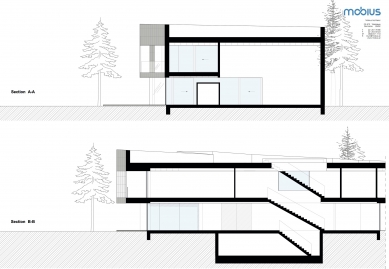 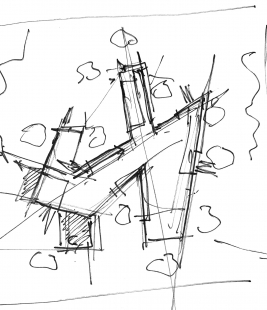