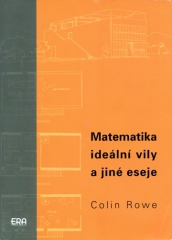 880 Kč
Situated on the top of a hill just outside the town of Vicenza, the Villa Capra is called the Villa Rotonda, because of its completely symmetrical plan with a central circular hall. The building has a square plan with loggias on all four sides, which connect to terraces and the landscape. At the center of the plan, the two story circular hall with overlooking balconies was intended by Palladio to be roofed by a semicircular dome. However, after his death, a lower dome was built, designed by Vincenzo Scamozzi and modeled after the Pantheon with a central oculus originally open to the sky. The proportions of the rooms are mathematically precise, according to the rules Palladio describes in the Quatro Libri.
The building is rotated 45 degrees to south on the hilltop, enabling all rooms to receive some sunshine. The villa is asymmetrically sited in the topography, and each loggia, although identical in design, relates to the landscape it enfronts differently through variations of wide steps, retaining walls and embankments. Thus, the symmetrical architecture in asymmetrical relationship to the landscape intensifies the experience of the hilltop.
The northwest loggia is set recessed into the hill above an axial entry from the front gate. This axis is flanked by a service building and continues visually to a chapel at the edge of the town, thus connecting villa and town. 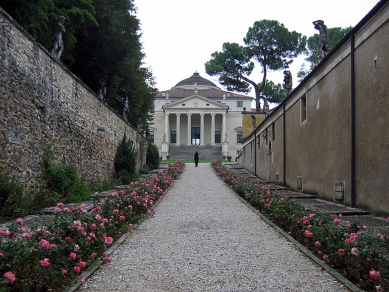 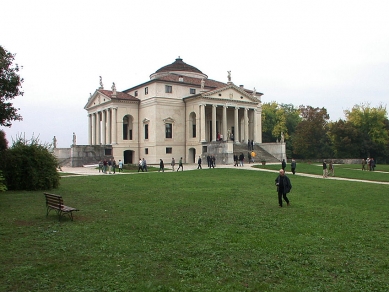 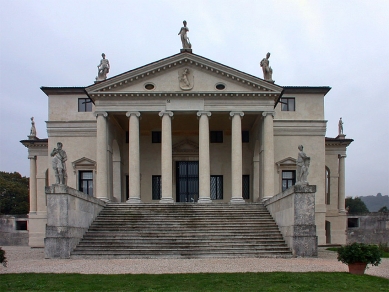 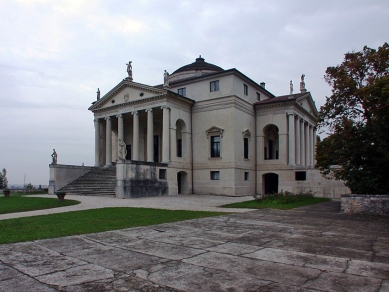 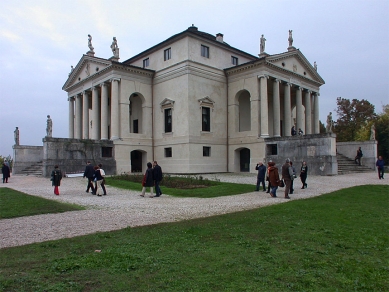 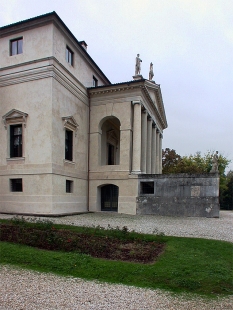 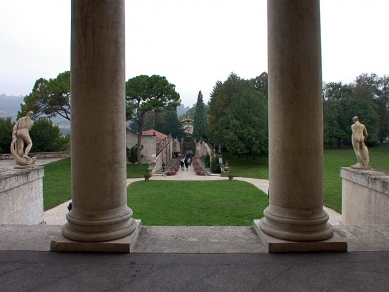 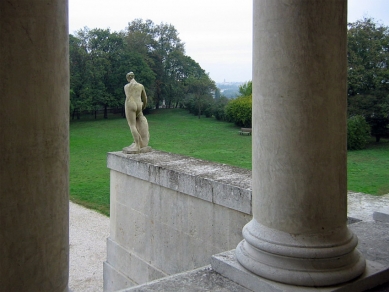 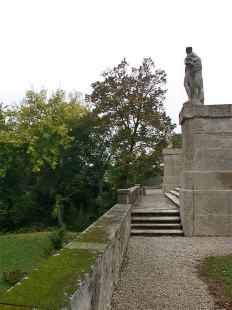 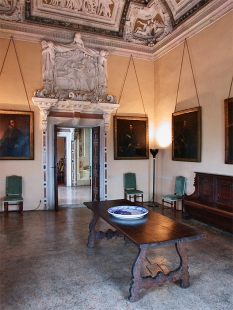 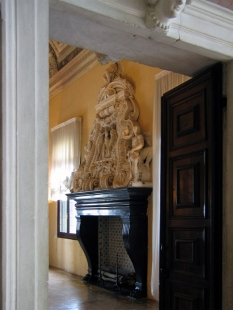 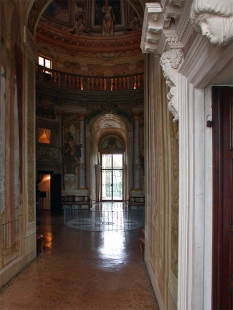 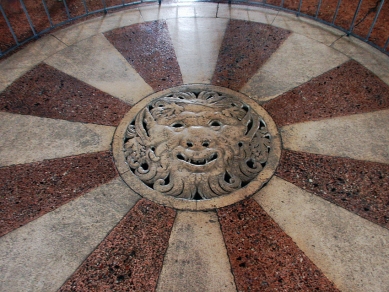 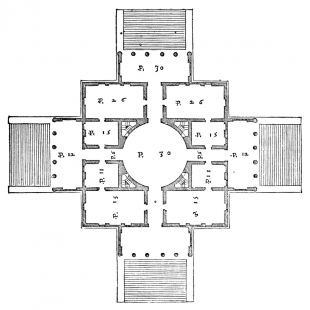 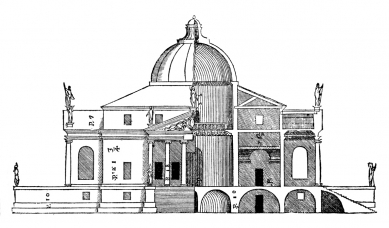 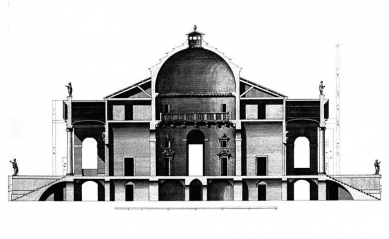