Villa Atrio is situated in the hillside terrain of a villa neighbourhood in Bratislava. The piece of land is lucrative because it offers an amazing view into the valley of the river Danube and further to Austria, however, with its specific morphology it brings about a few complications. The considerable gradient of the piece of land enabled noise to spread easily from a much frequented road located down in the valley. Moreover, if the slope stayed in its previous state, the surface area of the piece of land we could really use would be minimal.
We eliminated these complications by applying landscaping works in order to level out the terrain's gradient. Thus, we created a vast, even plot of land with enough space to build a comfortable house on. The house was placed into the quieter back corner of the piece of land. In front of it there remained ample space and place for a swimming pool. We refrained from complicated foundations in a slope and changed the inhospitable terrain into a fully fledged garden.
The house itself has a shape of a one-storey cuboid built on a modular grid of 1.2 x 1.2 m. Such legibility and rationality does not necessarily give an impression of stereotyping, it rather provides a comfortable feeling of security that one can count on. The module used not only has an influence on the dimensions of the house but it mainly defines the division and proportions of the whole living area.
The skin of the house is covered with massive stone that as if unconventionally levitates above the modified terrain. The body of the house is slightly higher than the terrain and that is why the entrance to the house leads over a short ramp. The introversion of the stone façade is interrupted only by slender windows to living areas. It is only logical that from the fourth i.e. western side the house is open throughout the whole length and height of its façade facing the sun and offering a view into the distance. The subtle glass façade creates only a fine membrane allowing light and air to flow through space freely. The massive porch on the western façade is veneered with cedar wood. The porch is balanced out by being elegantly bevelled into a thin edge. It provides shade for the glass façade and, what is more, it protects the terrace against weather. The lateral extension on the other hand protects from prying eyes onto the terrace and into the living area. The same porch is also on the opposite eastern side. Its main role is to provide shelter and accentuate the entrance into the house.
The name Atrio is derived from the main motif - a central atrium around which the living area is situated. The atrium brings light into the middle of the disposition and creates a private micro-garden accessible from the interior. Thanks to its contact with the atrium but also with the glass wall on the western façade, the living area is thus leaving an impression of grandiosity even though no space has been squandered.
The interior is divided into 5 sections. The living area with the dining area and kitchen form the centre of the house. Bedrooms are along both sides of the living area. On the northern side there is the master bedroom connected to an ensuite bathroom. On the opposite side of the house, i.e. from the southern façade, there are the kids' bedrooms with their own dedicated bathroom and playroom. The study room is also situated on this side of the house and is connected to the living area. Such a well-arranged layout of all rooms is even further supported by their contact with the garden, the view of the surroundings and, what is more, by excellent connection to the living area which has become the backbone of the house. Even though the whole living space is open, there is no feeling of impersonality, quite to the contrary, a feeling of family togetherness is formed. Each family member has enough of their own living space, however, it is the common area that remains the scene of family life.
The interior is designed in a way as to withstand fleeting fashion trends. The furniture is mostly built-in, tailor-made and supplemented only with a few high-quality standalone pieces. Natural colours and nature's structure of materials were used to create a modern and at the same time cosy character of the housing space.
Great attention was equally devoted to the exterior around the house. All selected trees come exclusively from local surroundings; mountain pine, erica and Swiss stone pine were imported from the High Tatras. In the future the garden should gain a more natural look. Nowadays, the lawn serves the children as a playground, later the owner plans to leave the lawn to nature's devices. Then the garden will gradually turn into a natural forest park.
Atrio is a house offering above-standard comfort of living on a reasonably built-up area. The atmosphere of good living in Atrio is not achieved by flamboyance or exaggerated luxury but by high-quality materials, adequate dimensions of each room and their logical disposition and mutual connectivity. These are values that withstand the test of time and fleeting fashion trends, hence the house can serve its owners well for many years to come. 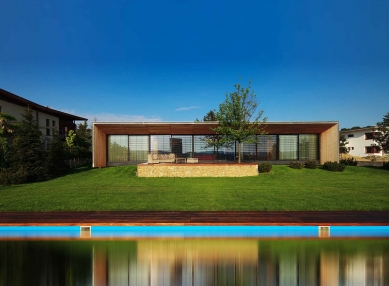 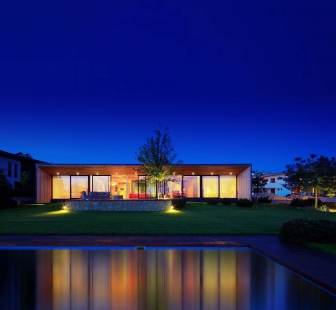 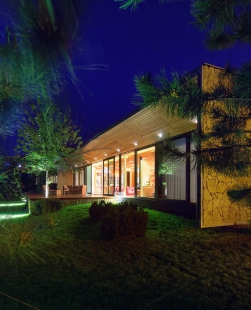 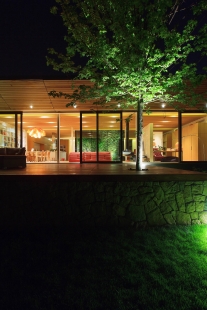 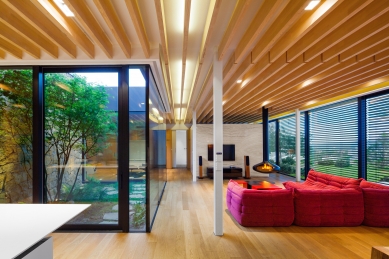 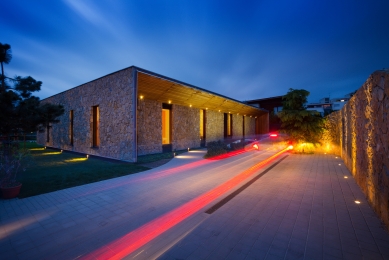 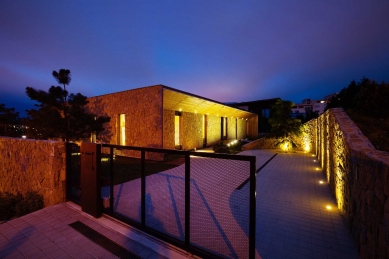 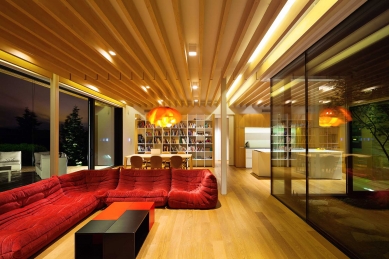 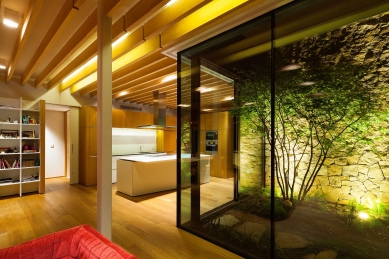 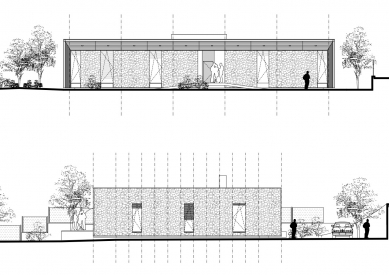 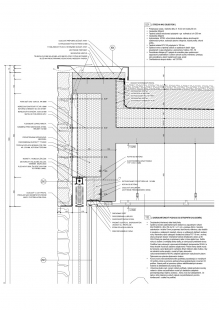