This is the first time the Vatican City has been represented at the Venice Architecture Biennale. The ‘pavilion’, curated by Francesco Dal Co, takes the form of ten temporary chapels, each designed by a different architect. Foster + Partners has designed one of the chapels located in a wooded area at one end of the Venetian island of San Giorgio Maggiore. The starting point for the chapel’s design concept was to take three symbolic crosses set in the landscape, draped with a tent-like membrane. As the design evolved, the crosses became a tensegrity structure of cables and masts, whilst the membrane developed into a wooden latticework attached to the structure.
Norman Foster, Founder, and Executive Chairman, Foster + Partners said: “The project started with the selection of the site. On a visit to San Giorgio Maggiore, close to Palladio’s magnificent church and the Teatro Verde, I found a green space with two mature trees beautifully framing the view of the lagoon. It was like a small oasis in the big garden, perfect for contemplation. Our aim was to create a small space diffused with dappled shade and removed from the normality of passers-by, focussed instead on the water and sky beyond – a sanctuary”.
Engineered by Foster + Partners and built by Italian furniture company Tecno, the chapel structure reflects the lightness and ethereal nature of the original concept. It consists of a ramped steel floor structure that supports a timber deck and a tensegrity structure which is made up of steel masts and cross arms, braced by prestressed steel cables and small inclined circular hollow sections. These enable the horizontal cross-arms and vertical masts to be separated from one another while remaining structurally stable. Together, they create a roof structure capable of resisting both vertical gravity loads and lateral wind loads.
The space is enclosed by a series of thin timber slats made from larch that span from the deck to the tensegrity structure. They allow dappled light to enter the space while providing shade and defining the chapel’s volume. The connections between the timber slats and the tensegrity structure were designed to slide independently to ensure that the slats would not be overloaded when the entire structure moved under wind loads. Jasmine vines planted around the structure will climb onto it over time, softening its contours and releasing a gentle fragrance to enhance the sense of spiritual calm. The pavilion will remain open to the public between 26 May and 25 November 2018.
Foster + Partners 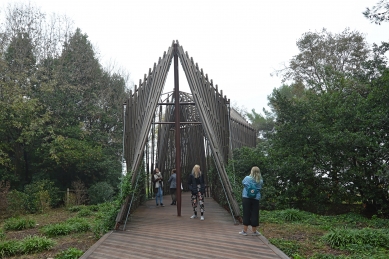 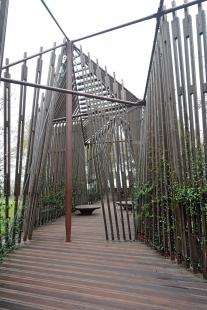 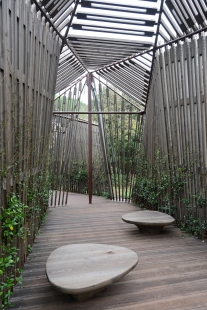 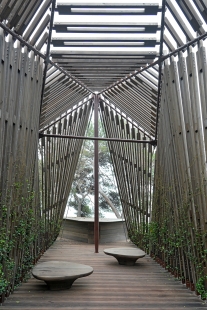 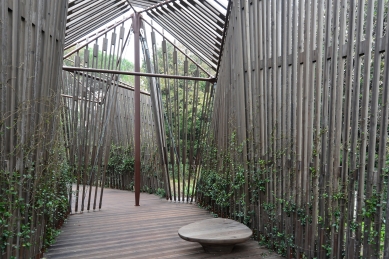 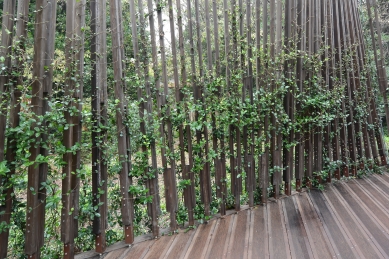 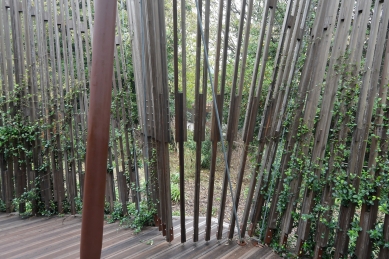 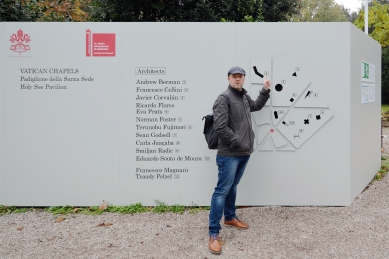 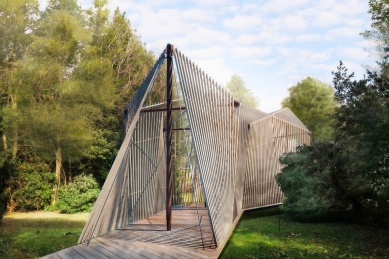 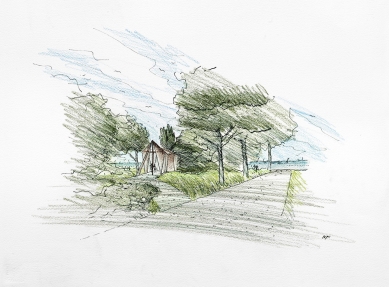 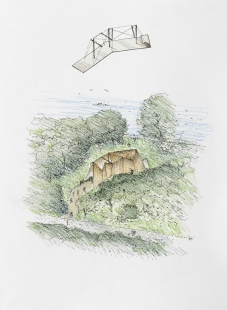 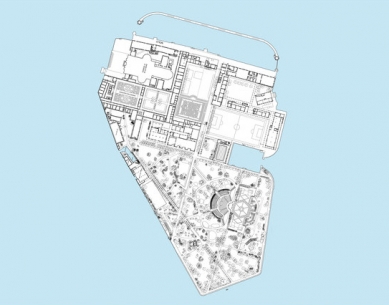 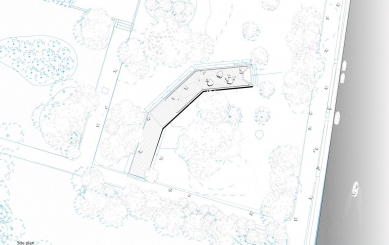 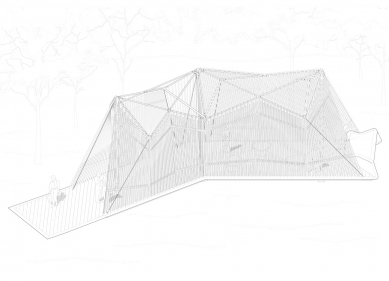 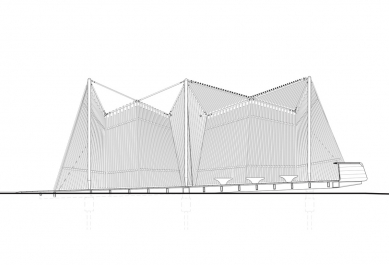 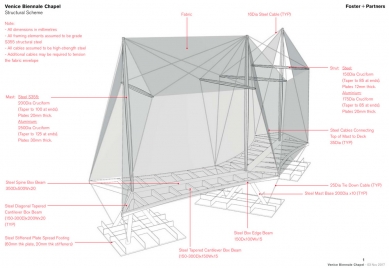