The 'new' Van Abbemuseum is comprised of the renovated landmark building by architect A.J. Kropholler, dating from 1936, and two new sections. Both the renovation and structural alterations to the older part of the museum as well as the new sections are by the Dutch architect Abel Cahen. He has succeeded in organically integrating the old building into a new and larger complex. Despite its monumental character, the new building maintains the human dimensions so characteristic of the former museum. Massive installations or sizeable exhibitions as well as smaller intimate projects - such as showings of prints and drawings - can all be presented thanks to the variety of the exhibition areas. Cahen's distinctive design makes a notable contribution to Dutch museum architecture. The museum also has a whole range of new facilities, created by the Belgian designer Maarten van Severen including an auditorium and an education centre, which will accommodate a wide spectrum of public events.
On sunday 19 january 2003, the new van abbemuseum in Eindhoven (the Netherlands) reopens its doors to the public, after having been closed in the summer of 2002. The museum was located in a temporary accommodation for the last five years. It took 2 years to build the new museum. The result: a new accommodation within the old one. 2 big new wings and a remarkable tower, which functions as a pivot of the entire museum, provide an exhibition space which is four times as big as the old one. The renewed and high modern technical facilities like full auditorium, new depots, museum shop, public library, restaurant and advanced multi media facilities make a contemporary museum management possible, a new impulse for modern art in Eindhoven.
The architect of this new accommodation is abel cahen. the first wing accommodates new exhibition spaces, the second one is used for new public facilities like an auditorium, a restaurant and a museum shop. The tower is the eye-catcher of this new accommodation. It is 26 meter high and its walls are oblique. this grey exterior – which changes as the weather from silver grey to dark anthracite – accentuates the austere design of the new accommodation and forms a beautiful contrast with the light and transparent spaces in the building.
The Belgian designer Maarten van Severen – among other things internationally known for his Vitra-furnish designs and his collaboration with Rem Koolhaas (e.g. villa Florac) – was asked to design parts of the interior. His refined, minimalistic style and his daring use of colours made him able to realize some special interior designs for the auditorium, the library, the educational room, the museum shop. 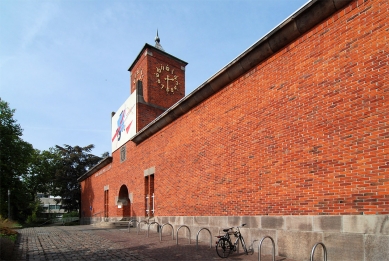 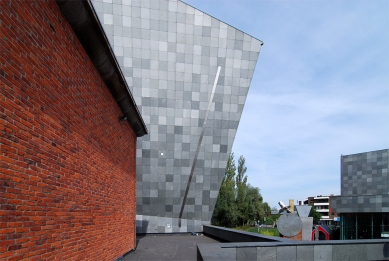 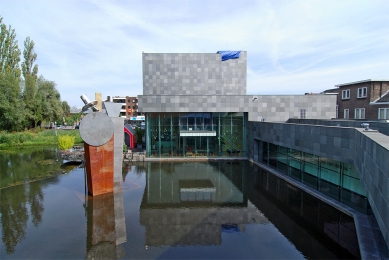 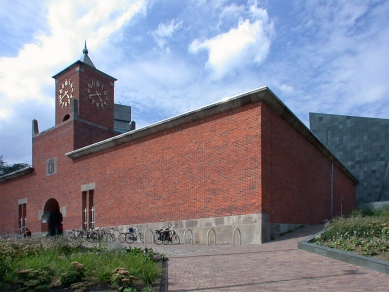 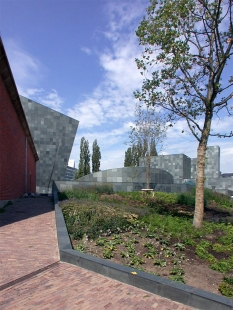 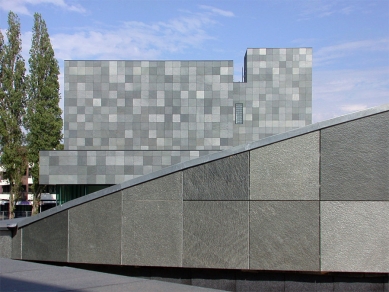 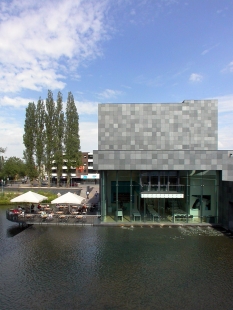 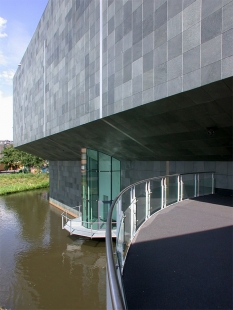 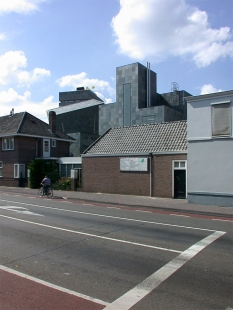 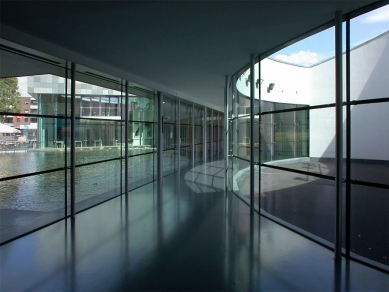 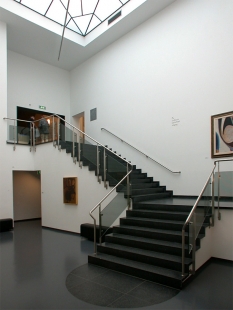 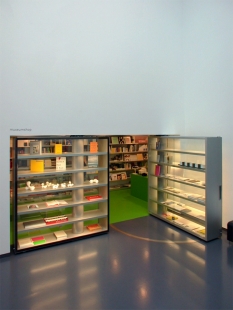 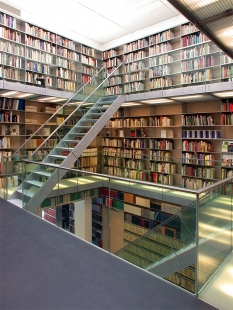 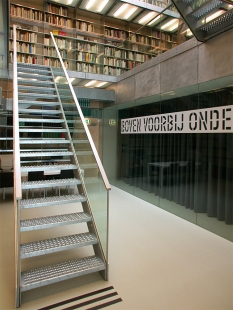 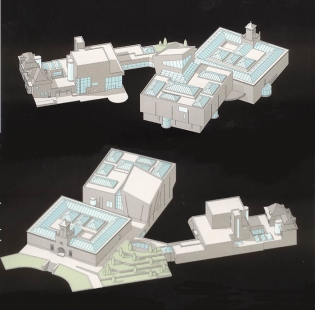