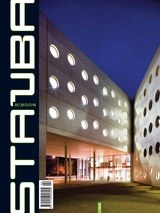 75 Kč
The emergent Cultural and University Centre is located on the site of the former Masaryk Schools in the centre of Zlin. The basic arrangement of the various building of the Cultural and University Centre in Zlin is based on the original positioning of the former buildings and respects the existing monument to Tomáš Garrigue Masaryk. The complex lies at the point of intersection of two axes of the city, which is reflected in the buildings´ open layout. The building of the Congress Centre ( Building A ), with a multi-purpose grand hall and a small hall, a restaurant and part of the underground car park, is located on the northern part of the site. In the southern part there is the building of the University Centre ( Building B ), which houses the Tomas Bata University chancellor´s office and the university library. The two buildings are already connected by a two-level underground car park with 150 parking spaces.

Building B comprises the new University Library and the TBU Centre. There are two segment-shaped buildings with two underground and five over-ground storeys and a roof terrace. The entrance storey is a point entrance area for both parts of the building. The other floors above ground are designed for the library and chancellor´s office. The north segment houses administration rooms, the south segment the library. From the first to the fourth floor the two wings are separated by a spacious atrium. Vertical access takes space via staircases at either end and lifts cased in glass towers at the ends of the longitudinal axis. Horizontal movement takes place in the administration wing across galleries facing the atrium. The north-facing incline of the atrium´s glass roof shields it from some direct sunlight and the glass has an anti-dazzle coating. The daylight passing into the atrium is used for secondary illumination of the adjoining spaces, as the inner walls and partitions are also glazed glass and concrete in the library section and assembled glass panels in the administrative section. The atrium is used for social functions and has mobile greenery and seating furniture. The building´s outer shell is a combination of glass and ceramics. Glass is the predominant visible material: there are strips of windows, the glass facades of the staircase towers, the glazed facade of the receding fifth floor and the large atrium roof. On the building´s south face, striking horizontal shade structures are situated above the window strips; on the north face there are more subtle vertical elements.

Building of The Year 2008 in Zlin region 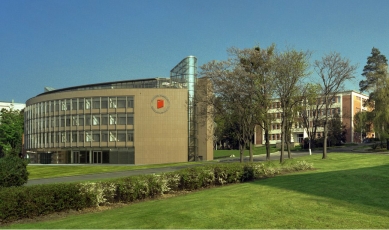 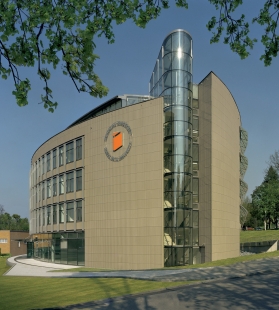 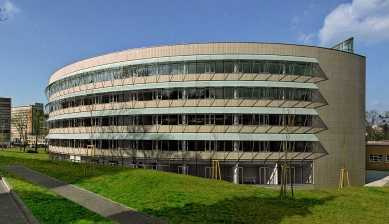 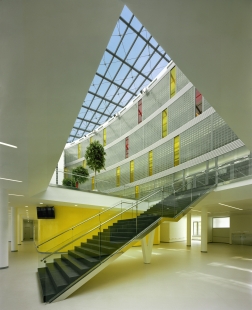 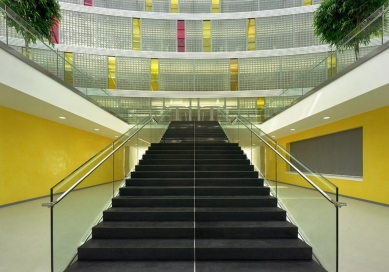 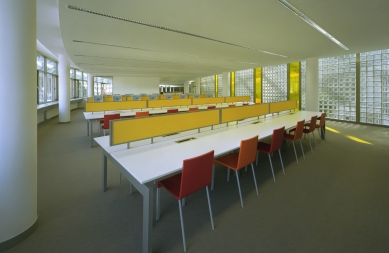 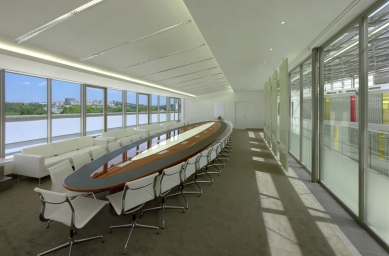 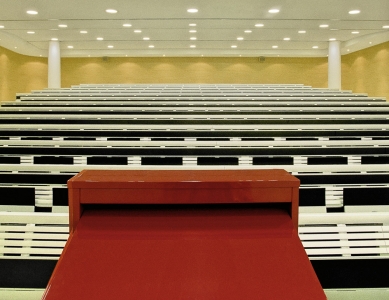 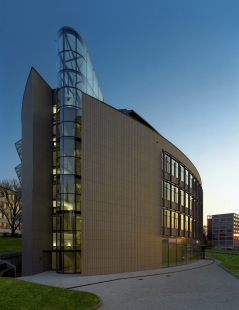 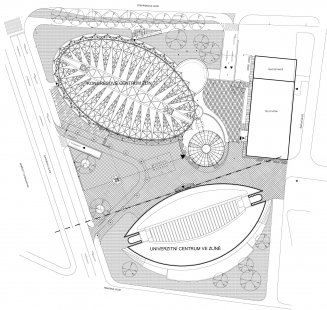 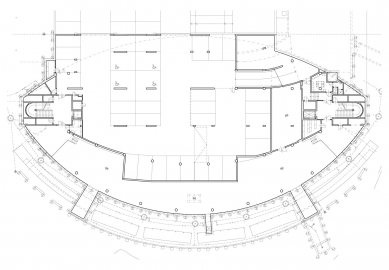 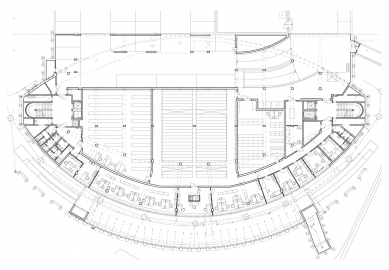 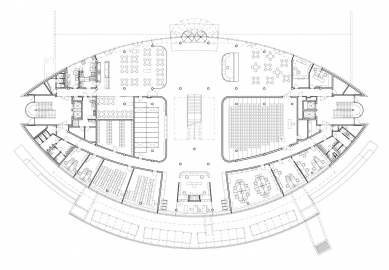 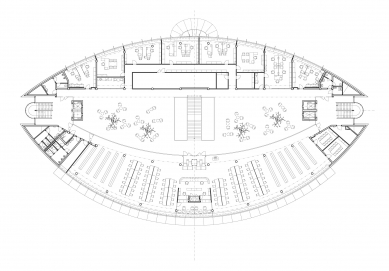 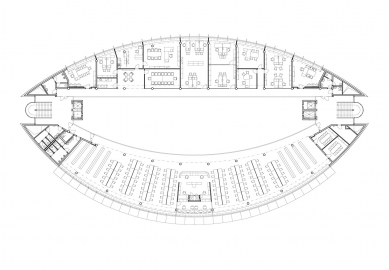 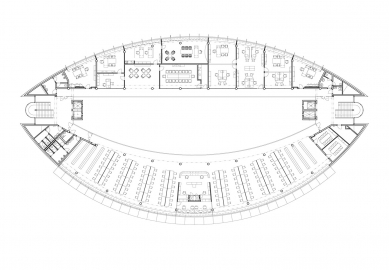 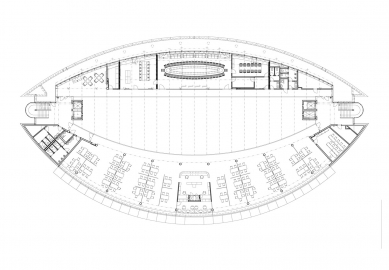 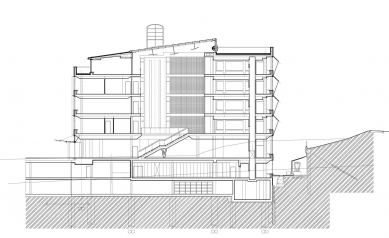 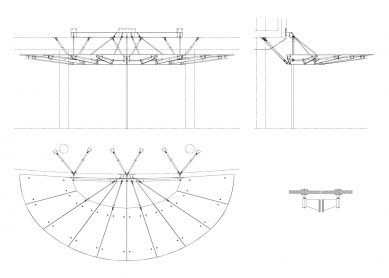