The newly constructed dormitory for the University of Heidelberg is situated in a prominent position on the banks of the Neckar, in the area known as the Neuenheimer Feld. Friendly, communal accommodation has been created for 194 students in an area characterized by solitary elevations and separately arranged structures.
Two terraced units, each with three or four stories, merge to form a compact residential complex: One wing anchors the structure and provides an architectural finish. The second part, with its meandering, folded composition, creates a spatial connection to the buildings of a neighboring residence. The arrangement of both components of the building creates two separate courtyards, with views of the surrounding scenery, including the adjacent bank of the Neckar.
The central courtyard is not only an access area, but also a common venue, meeting place and public square that faces the river. It imparts a communicative character to the dormitory and forms the focal point of the entire complex. The recreational areas of the dormitory, such as music and common rooms, café and kitchenette, are located here. The two central stairwells and the arcades that look out on to the open areas allow for quicker access to the residential units, which primarily consist of single apartments.
The principle of folding is a distinctive architectural strategy: In the first instance it creates spaces, which are then brought together in a stacked, coherent ensemble. This principle of folding can also clearly be seen in the design of the façade. A seemingly unending band, folded horizontally as well as vertically, playfully generates open and closed structures.
A central design element is the north-south connection for pedestrians and cyclists, which links the university campus to the Neckar riverbank. The squares that have been created by this axis offer an exciting series of spaces with different characteristics. The smooth transition between public path and private quarters allows for open views into and out of the complex, and encourages communication and exchange. 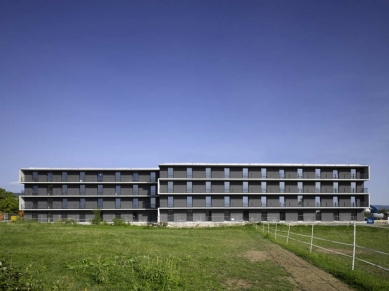 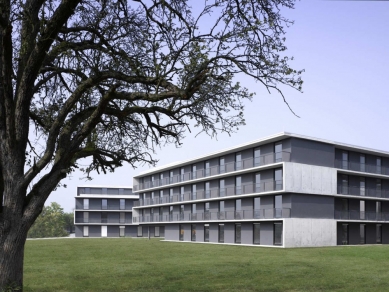 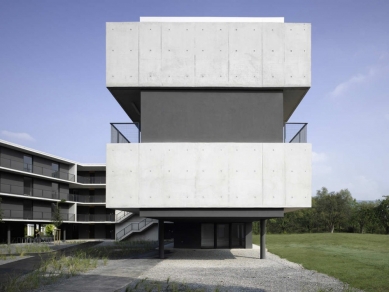 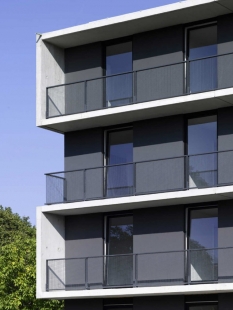 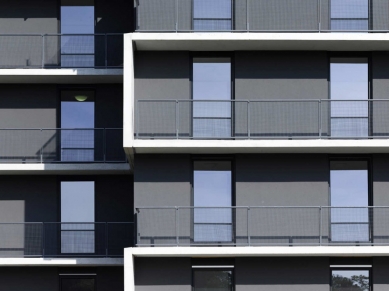 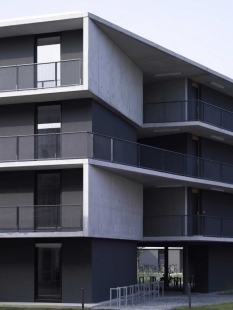 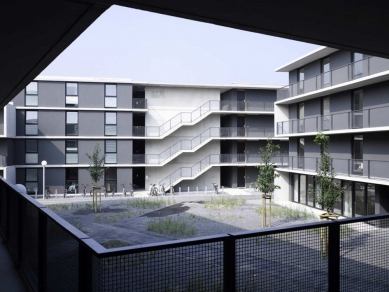 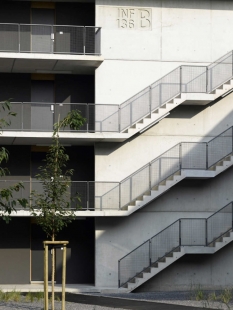 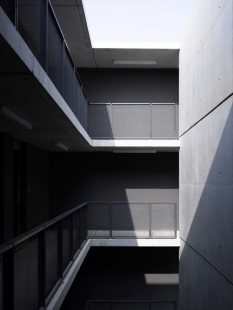 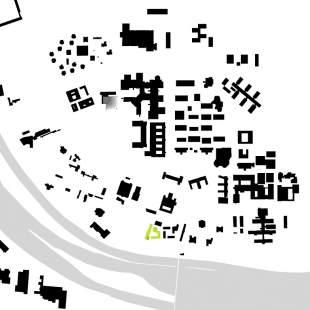 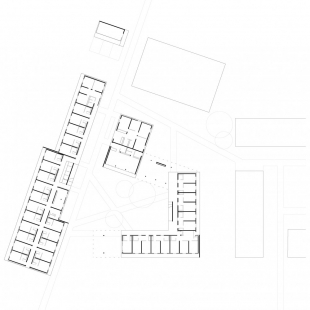 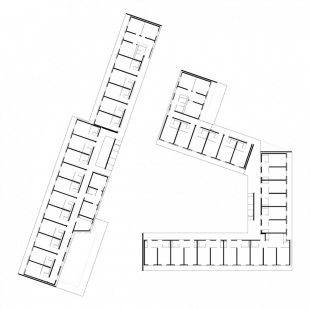