Location
The new building of sport and leisure centre RELAXX is situated on a long and narrow site
in Einstein street in Bratislava. It fits into a row of new mixed-use buidings between the Old and the New Bridge. Its nearest neighbours are furniture store Atrium, new office building of Tatrabanka and the Old Bridge. The site is surrounded by a busy traffic corridor of Highway ring from north and by an international railway track from south.
Form and structure
The basic shape of the building was determined by the long and narow conditions of the site. The floorplan is approximately 100 m long in its longest axis, 20 m wide on western side and 14 m wide on eastern side. Overall, the building can be described as both dynamic and poetic at the same time. Compact form is elevated on one side by two floors and sits on four up-side down U-shaped concrete pillars. The height of the lifted floor matches the height of the nearby Old Bridge. The other side of the building is set on a 2 storey cuboid mass. With its overall 6 storeys it is of the same height as the neighbouring furniture store Atrium.
Characteristic feature of this building is its play with transparency and opacity. Solid
part of outer skin is covered by silver-grey titan-zinc cladding and wraps-up the inner volume from top, back and bottom sides, creating a strong C-shaped profile figure visible from short elevations. North facade and two short side facades are transparent and fully glazed.
Load-bearing structure is made of reinforced concrete monolith where the load-bearing system is based on columns and walls - all set up on basic 7,5x7,5 m grid.

Function and disposition
The main entrance into the building is provided by a pedestrian ramp and stair from Einstein street. There are travolators connecting first three floors situated in the entrance lobby. In terms of function, the building is divided as follows: on the first floor there are retail and refreshment stores; second floor is health and wellness centre; on the third floor there is indoor golf court, bio-restaurant, solarium and children's playground; fourth and fifth floor is dedicated to sport and leasure activities divided into wet and dry zone. Dry zone on fourth floor contains fitness, aerobic, yoga, spinning, changing rooms, whereas the wet zone on fifth floor conssists of swimming pool, whirlpool, sauna, masage room and snack bar.
Two underground storeys with parking and service rooms are accessible by ramps from both sides of the building. One of the ramps leads through an aisle between the U-shaped load-bearing pillars from east side of the building. 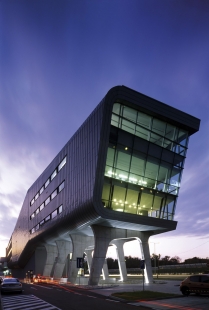 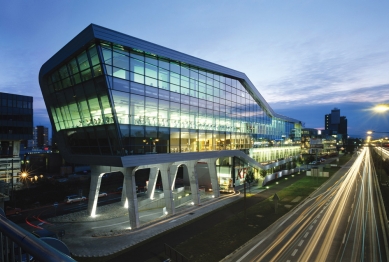 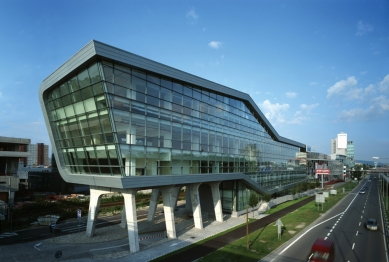 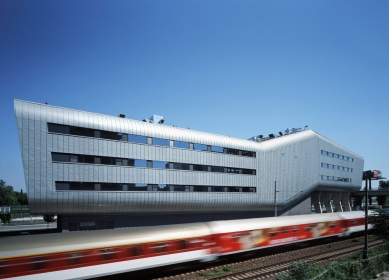 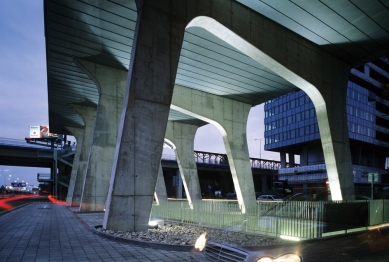 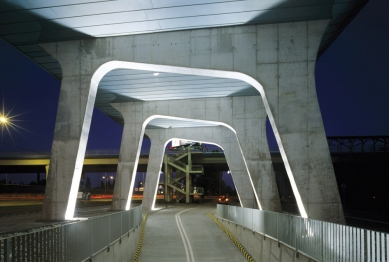 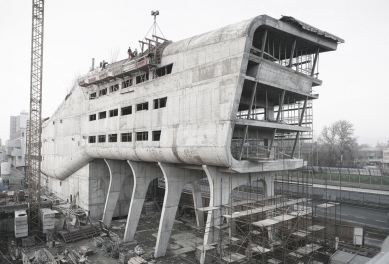 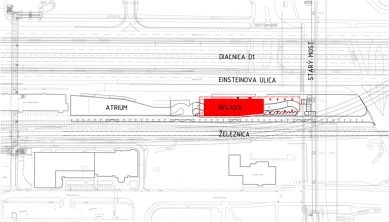 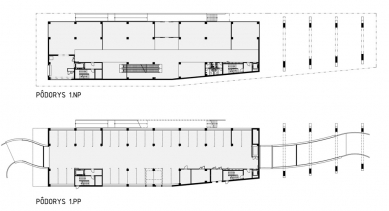 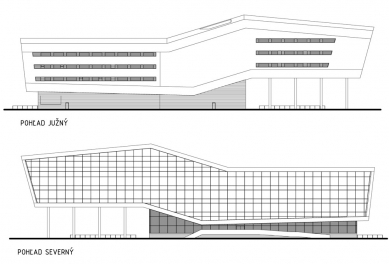 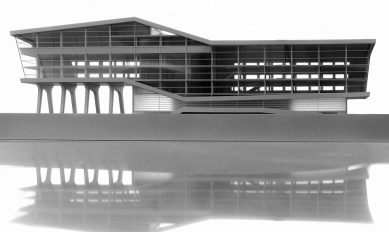