The original historical residential building of the farmhouse was irreversibly destroyed by a number of insensitive reconstructions done by the previous owner. We thus made a decision to build in its place a new building that would follow the original plan of the initial structure and allow the other farm buildings on site to continue defining the previous courtyard composition. The barn in the upper part of the courtyard from which only the peripheral wall was left standing, was not restored to the original shape but intentionally left in the existing state and conserved. Inside of this fragment a lightweight built-in garage roof level was constructed, lower than the preserved perimeter wall of the barn and thus completely hidden from the outside views.


The newly built residential part is designed in a 1.2 m module and consists of a glass horizontal minimalist shape floating on a natural stone cladded basement. The facade of the building is made of local stone, structural layers of the roof and the terrace floor of the main living is covered with prefabricated concrete panels. The interior is should be perceived as a frame for the natural landscape around, thus, the design uses simple lines and no strong colors. The ceiling: architectural concrete structured in a uniform grid based on the module of the facade. Walls: exposed concrete, solid wood, glass. Floor: cast industrial floor and solid wood in the kitchen area.
To achieve a maximum glazing area and minimize the facade profiles used are the slimmest on the market. The triple glazing filled with argon, surface plating and reflective sheet guaranteed minimum possible transmission of heat from the interior to the exterior (winter) and vice versa (during the summer), while maintaining the maximum possible transmittance of the visible sunlight spectrum. Heating and cooling is provided via a heat pump.
The villa is an example of where the building made use of the best current technology exiting on the market today in order to achieve an uncompromised architectural project in accordance with the wishes of the client, the architect’s ambitions and despite the climatic conditions of Central Europe. 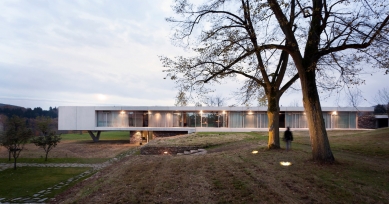 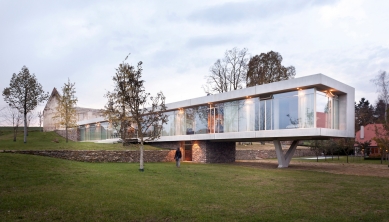 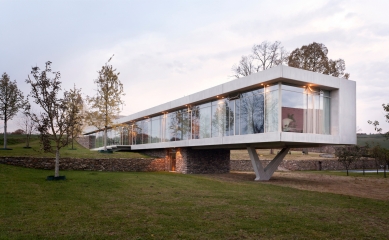 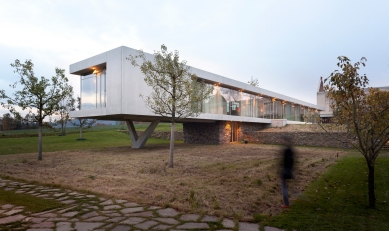 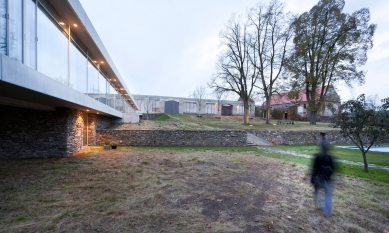 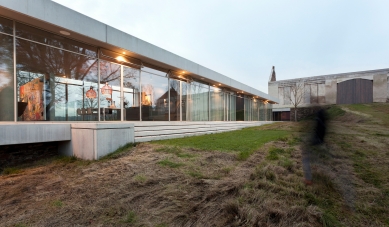 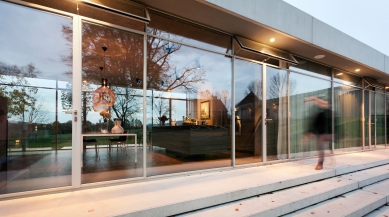 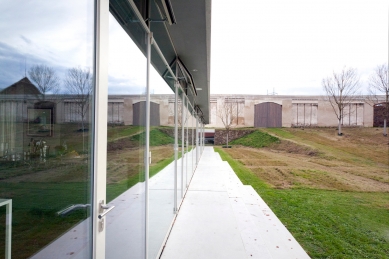 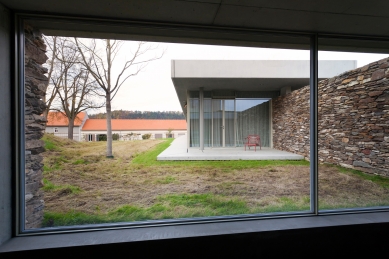 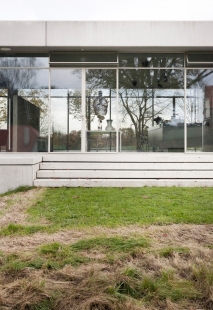 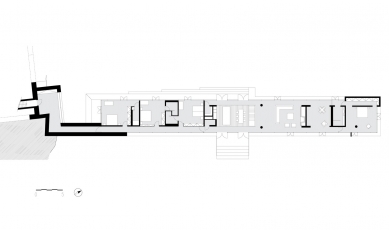 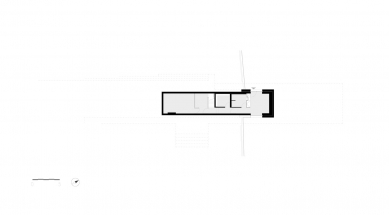 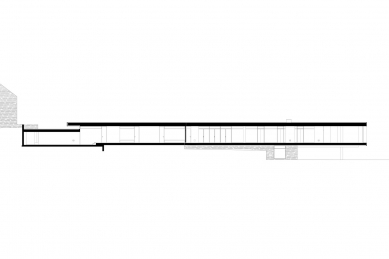 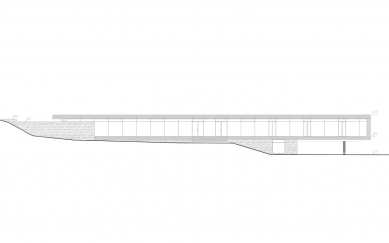 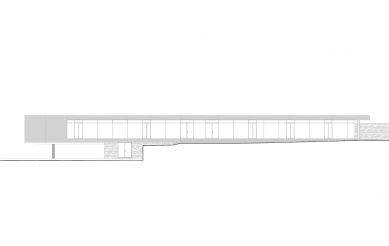 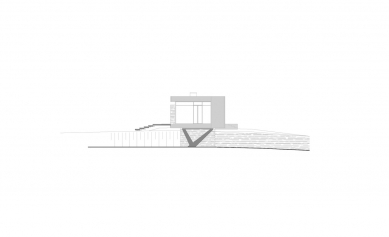