Lagertechnik Wolfurt (LTW) is a company that specialises in conveyors, mechanised storage equipment for high bay warehouses and the like. The original building was in two parts, but it was extended to the south in 2003. To the front (north) is a large glass clad multi-storey automated parking garage. Behind this is a more cubic form containing the offices and workshops. To the east lies the A14/E60 motorway and the facing elevation is reduced to a plain concrete wall with an array of small rectangular windows to counter any noise problems. The south and west sides enjoy a more serene prospect and are composed accordingly.
The point of departure for the design of the cube-shaped factory building for the storage technology company, Lagertechnik Wolfurt (LTW), which was completed in 1994, was its exposed position at the angle formed by the local road and the motorway. The concrete frame construction therefore has four different fronts. The one facing the road is a multi-storey car park lined with translucent cast/glass elements (one of the company’s major products); the one facing the motorway comprises a solid concrete wall with narrow light slits designed to provide sound insulation; and those facing the south and west consist of glass with louvers or sliding wooden shutters.
T  he office annexe on the south side, which adds 40 per cent to the cubic volume, represents a continuation of the existing building in both structural and design terms. The element providing a transparent spatial connection between both structures is a narrow, fully glazed air space extending up through all five floors, the purpose of which is to demonstrate a new type of high bay warehouse developed by LTW for electronically controlled archiving. This vertically aligned product thus ssumes crucial importance in the overall design. The extension has greatly improved the functional organisation of the building. The rest rooms have been transferred to the ground floor of the annexe, for instance. The staff now has access to the Café Oskar with its open kitchen that is situated next to the entrance.
T  he architects’ systematic extension of the existing building can be readily traced in the affinity between the surfaces and materials as well as in the alternating continuation of the facades - glazed with sliding wooden shutters or concrete walls. The outcome is a homogeneous and contrasting unity between the existing fabric and the extension. 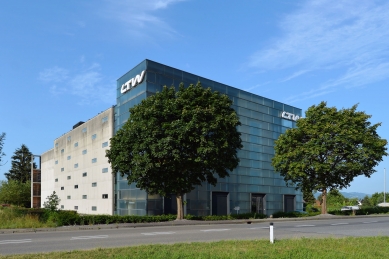 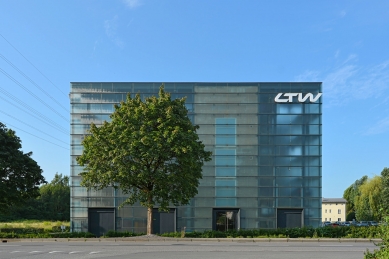 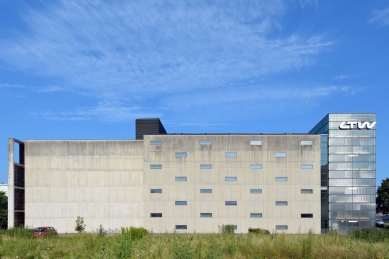 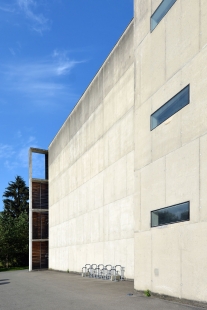 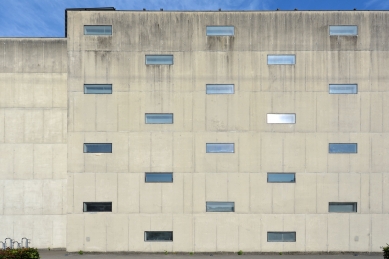 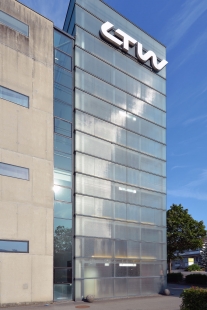 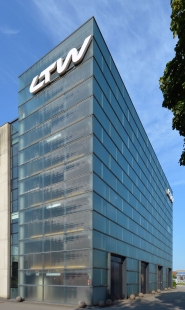 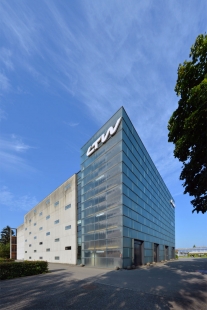 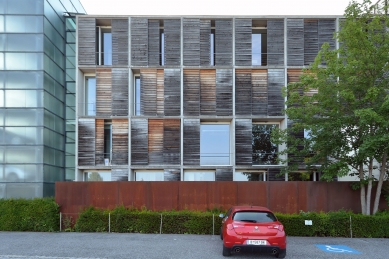 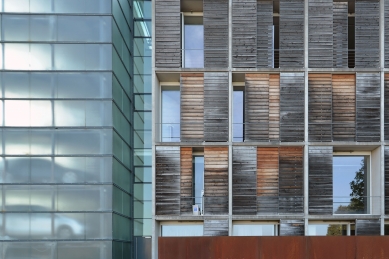 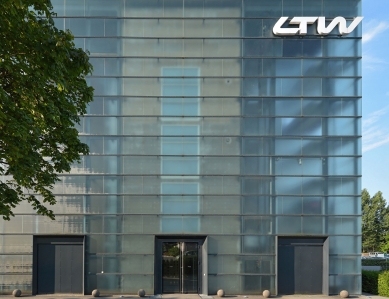 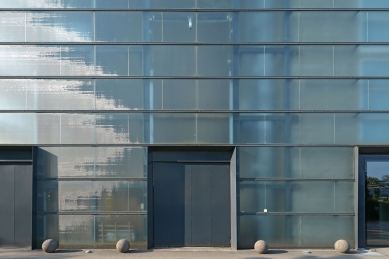 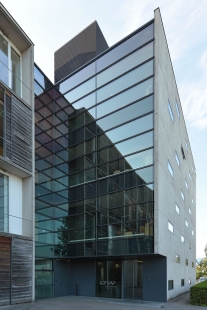 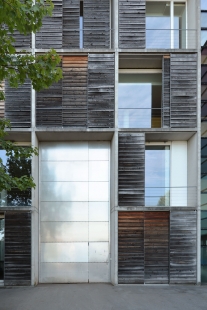 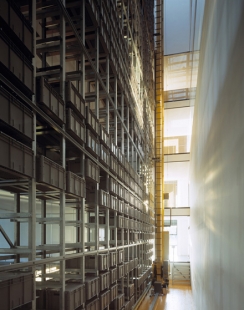 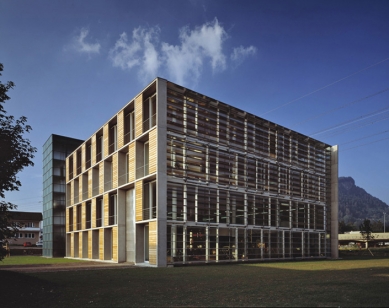 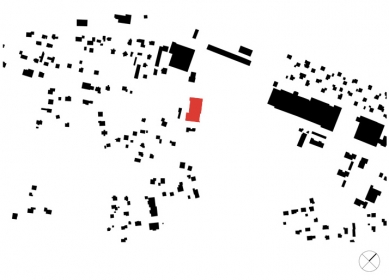 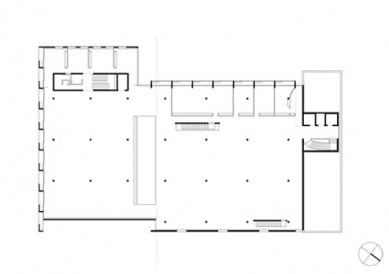 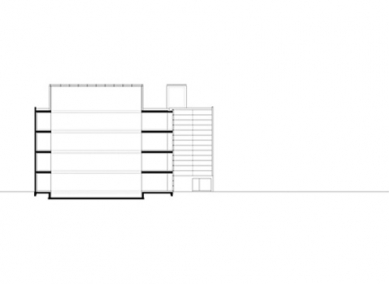