Architect: HMArchitekti | Robert Hofman, Luis Miguel Marques, Lenka Prokopová
Address: Štverákova 22, Horní Počernice, Prague, Czech Republic
Project:2007
Completion:2008-09
Area:350 m2
The concept was not derived from a strong context (a fairly generic site in Horní Počernice), but from a strong program (the headquarters for a developer/building contractor). Since our client is directly connected to the process of construction, we wanted his building to overtly reflect all the structural and infrastructural complexities of architecture. The result was a concept based on the idea of a superstructure: 2 vierendeel beams (40 m long, 3.5 m deep, 6m spaced) supported on three points, with dramatic 10m cantilevered endings. The in-between truss space became our client's headquarters. The offices were designed as a two track system, with an eastern corridor loading the western offices. The truss endings were hierarchically programmed with the meeting room on the southern end, and the director's office on the northern end. The V-shaped superstructure was left internally exposed to reinforce the hierarchy between program and structure, between client and construction. The exterior was completed with vertically oriented, corrugated aluminum sandwiched panels. The interior panels were finished with a wood venner boards. From the main road, the building appears as a long, kinetic object flying above the ground plane and reacting to traffic direction as well as to two vertical chimney stacks in the near viccinity. The building entry was located within two of the vertical truss supports as a glazed, transparent box. The columns were designed as V-shaped mimicking the vierendeel truss design. The glazed lobby then is extended perpendicularly to the east forming a groundfloor wing, which was originally designed to be another office building but was later changed to a cafe. The composition is completed by a two level, woodden clad, apartment building placed parallel to the elevated office building. The U-shaped composition creates an urban square, anchored by the groundfloor cafe, an underground fitness which serve the rest of a new apartment block developed by our client and designed by our office. 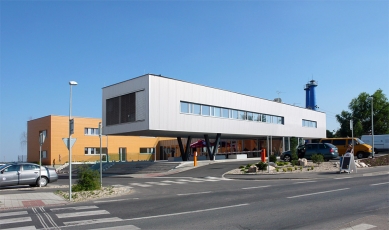 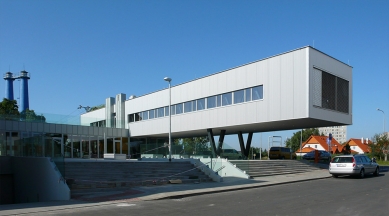 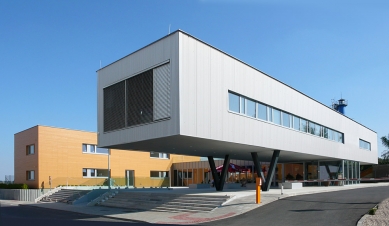 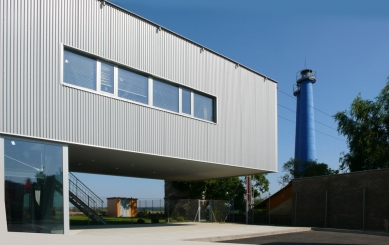 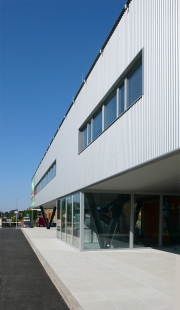 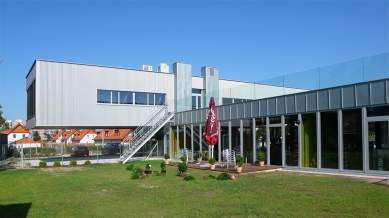 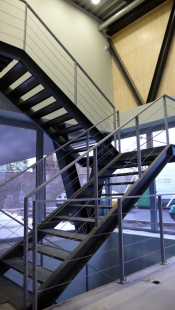 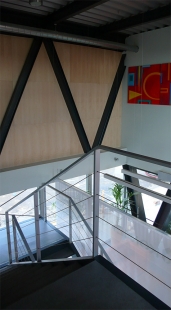 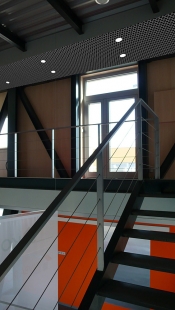 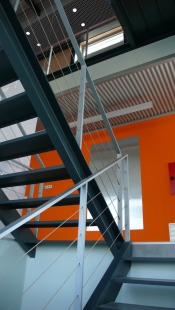 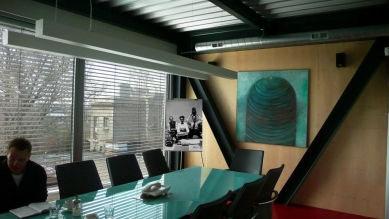 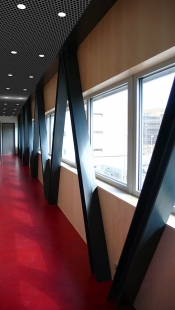 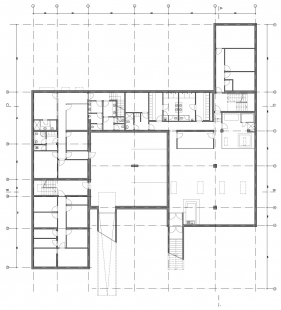 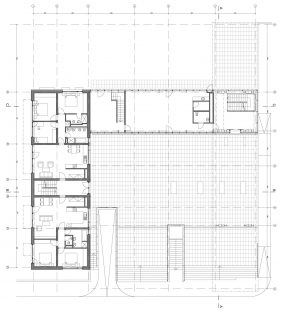 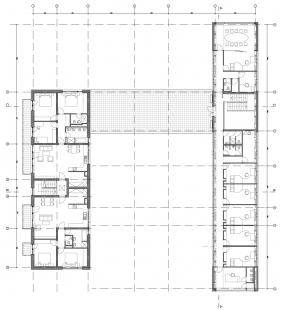 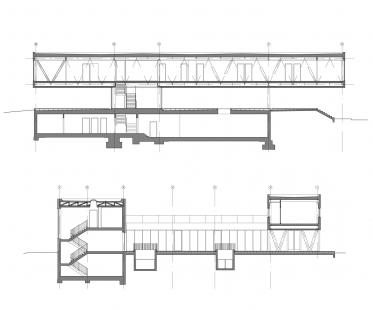 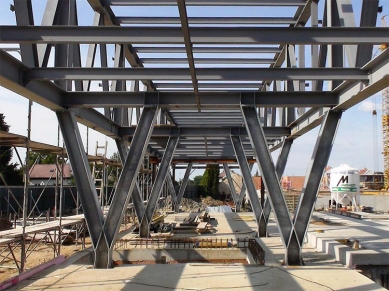 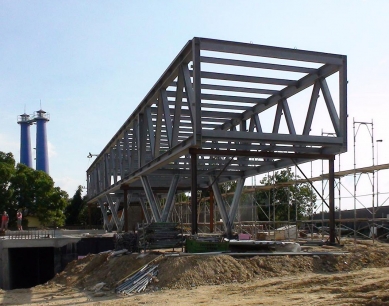 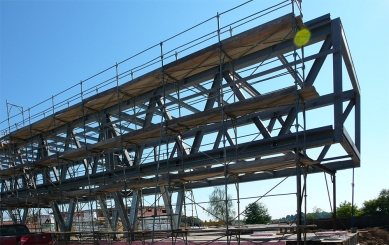 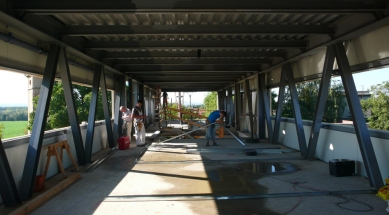 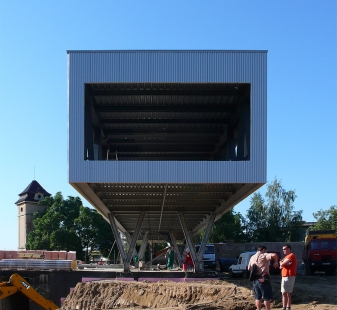