The staircase tower is the first of the several interventions planned in a new concept for the campus on Zborovské Square in Pardubice, the site of the Christian Elementary School and Preschool Noah. At present the tower serves as the main vertical communication, it connects the school and the yard and it is also a fire escape in case of evacuation. In the future, when a new entrance hall and locker area is added, the tower will also serve as the school’s main entrance. The tower is one floor taller than the existing school building - a fourth story will be added to the school in the future for new classrooms and labs. The interior of the staircase tower is a collage of materials exposing structural elements, the bricks and concrete in their ordinary roughness, not in the finished appearance of an interior. Complementing the collage are the precise plasterboard cases of windows and doors and metal elements. Red ceramic bricks are next to the exposed concrete construction of stairs, ceilings, bond beams and lintels, plasterboard painted light blue and epoxy coated grey floors, all accentuated by a white line running through places which will get soiled most easily and where the paint will be easily renewed. Railing, windows and doors are dark. Our goal was to design a playful friendly space which will not feel sterile even if it is not decorated by children’s artwork. The staircase is well lit by large northern windows. There are pairs of smaller square windows facing south at the landings, separated by the concrete bond beams. These are smaller to minimize overheating. Thanks and respect are due to all who were involved in the construction; without the hard work of the contractor, Chladek & Tintera, and their suppliers the building would not turn out the way it did.
Světlík Šedý Šefl 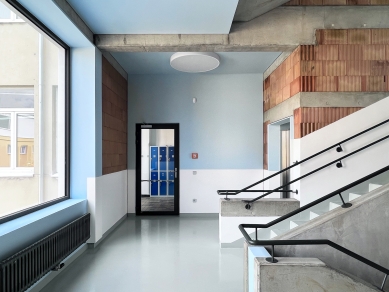 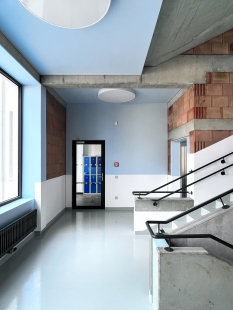 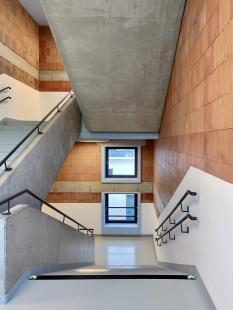 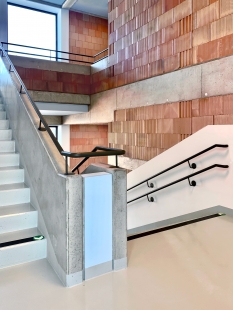 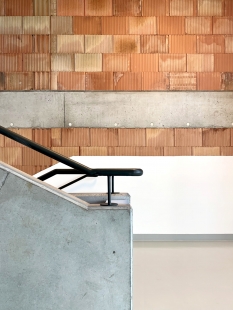 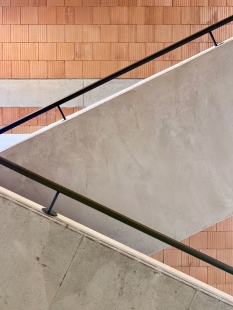 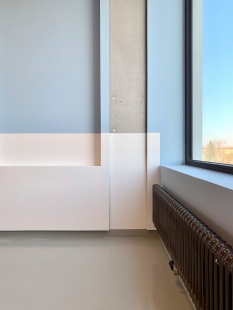 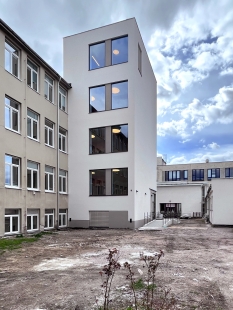 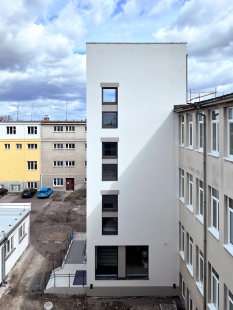 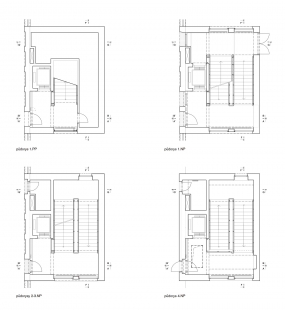