The San Michele Cemetery, Venice's principal cemetery, is located on an island between Venice and Murano. The project is the development and extension of the island. This historic site, enclosing a 15th century church and convent, has been in continuous development for over 400 years but has recently evolved to a point where the romantic image of its outer face is in contrast to its interior municipal character. In order to address this obvious imbalance, the proposal seeks to redefine some of the cemetery's original physical qualities.
In the first phase, currently in construction, the burial grounds of the current cemetery are complemented by the construction of a series of new courtyards and a chapel. In contrast to the existing rows of tombs, the proposed scheme offers a new arrangement of buildings, walls, tombs, and landscape. Rather than distributing the new elements in a linear manner with a regularity that tends to become rigidity, repeating the structure of walls and tombs, an organisational structure has been developed which groups the volumes together to form a greater sense of solidity.
The first courtyard of the first phase has been completed as a prototype and was opened to the public in September 2007. This courtyard, called “the courtyard of the four Evangelists“ because of the presence of four internal sub-courtyards of different sizes with different but similar characteristics, has basalt-clad walls and pavements with inlaid text from the four Evangelists' gospels and a black exposed concrete colonnade. The second phase will see the construction of new island, running parallel to the existing cemetery but separated by a canal. This new island will feature tomb buildings, conceived as simple sculpted bocks, together with a series of gardens at water level. Unlike the remainder of San Michele, which is built higher above the water line and surrounded by a wall, this new island seeks to create a more open, accessible monument providing a greater sense of place and context within Venice and the lagoon. 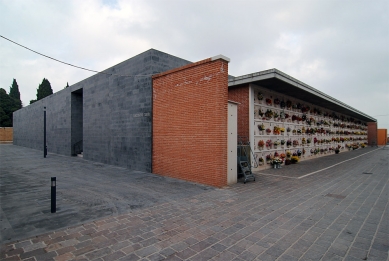 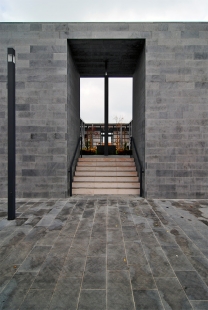 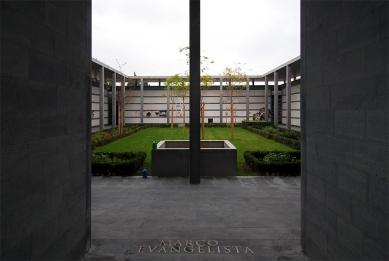 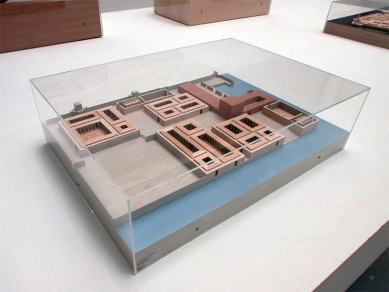 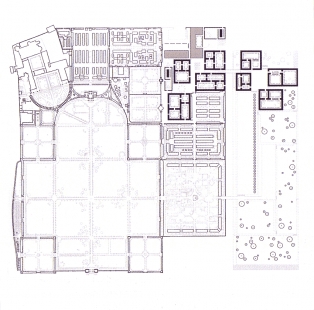 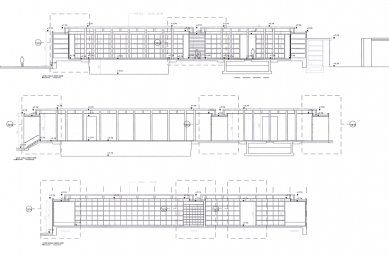 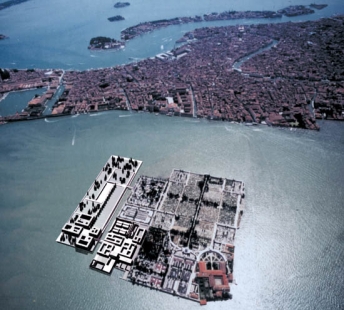