The plot is located on a gently sloping terrain and is markedly divided into two parts, approximately the same size, by a path. One part is grassed with a fruit orchard and one part is planted with fully-grown deciduous and coniferous trees. The solution’s concept primarily sought the best location for the house and its relation to the plot’s differing qualities
The project attempts to combine both of the plot’s qualities so that the house forms the “keystone” for both values – a garden and a wood. The proposed building is one-storey, without a cellar (just a small wine cellar) and is formed by two basic rectangular masses joined in an “L” shape, connected by a communication corridor, which opens up into a work room.
The house gently descends with the sloping terrain and attempts to incorporate the height differences into the internal lay-out, where the individual working areas are differentiated by the differing heights of the floor and the rooms’ clearance. The residential part has a clear view in a south-easterly direction and is complemented by a wooden terrace, the greater part of which is covered by the roof. The bedroom part uses the free area between the trees not far from the edge of the wood.
The house is built from a combination of two construction systems whose use corresponds to the individual parts of the building. The construction of both basic masses is entirely wooden (larch), with acknowledged construction elements. The connecting corridor and part of the living area is brick with a monolithic ceiling and inversion insulation. The part of the wall forming the fireplace frame is also monolithic using fair-face concrete. 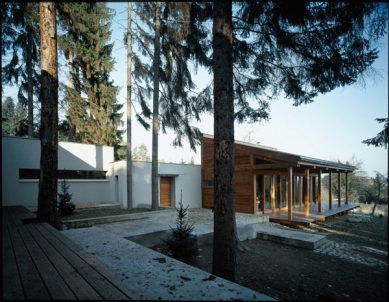 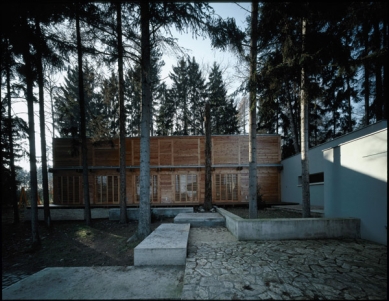 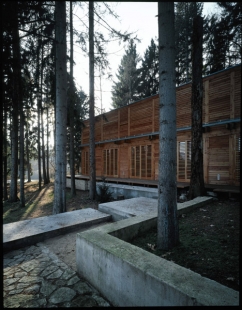 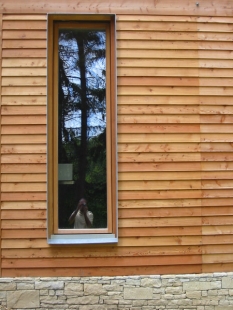 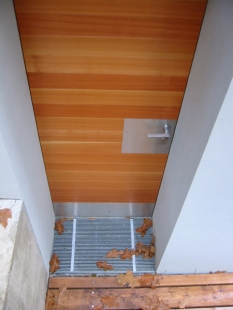 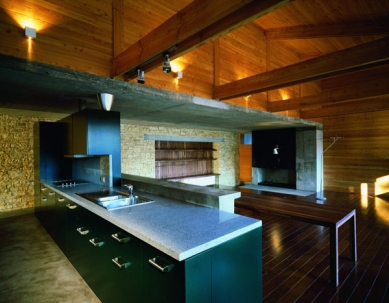 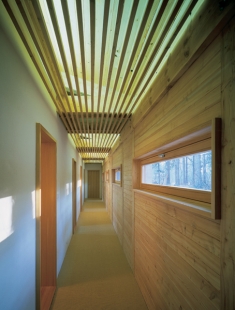 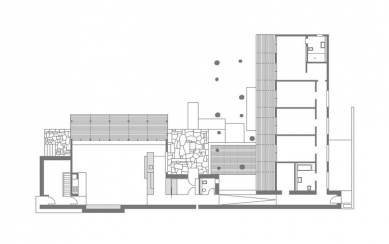