By the late 80's the entire area was occupied for the construction of the city "Strahov" transit tunnel, the construction of which was carried out by open excavation. This drastic method destroyed major parts of  the existing residential city blocks from the 19th century. Formerly  this beautiful location near the city centre situated in between  the historical Sacre Coeur park, St.Gabriel Monastery and the Kinsky Gardens, literally  became abandoned.
Our urban task was to revitalise the original appearance and  fill the U-shaped gap and close the residential block. The building's site slopes 15 m and basically sits on top of the Strahov  tunnel roof structure and an adjacent civil protection bunker. After lengthy searches and surveys, the loading capacity of the existing structure was found to limit  the building's foundation placement possibilities, this together with the alignment logic of a residential building to optimised with a number of floors on the diagonal shape of the tunnel tubes  became the main architectural challenge to be solved.
In accordance with all site restrictions and our vision of an urban apartment block ,  we designed a compact building volume  whose roof line reflects the slope of the surrounding treets and so allows for the creation of a terraced roofscape. This  simple  principle reflects the main potential of the site and offers mostly all apartments panoramic views to the city and surrounding parks.
The leading visual impact is seen from the southern crossroads junction in the form of an "inverse" building corner with a free parterre (left open). Views through this  open point allows visual contact with the green inner yard and also accomodates the  diagonal steel structure which transmits loads between the orthogonal reinforced concrete grid of the residential block and the foundation piles, respecting the diagonal body of the tunnel.
The apartments are organized around five vertical communication cores with three entrances from the street and a shared reception area connected to three floors of underground parking. The whole building contains 103 apartments from one to four bedrooms. 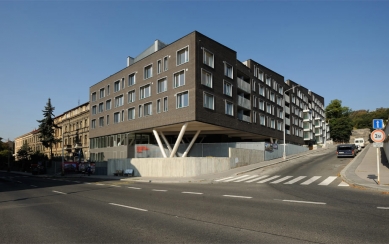 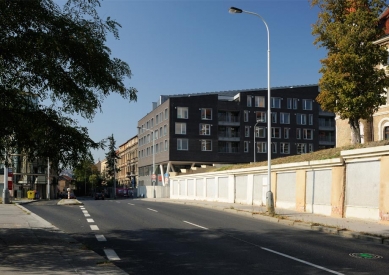 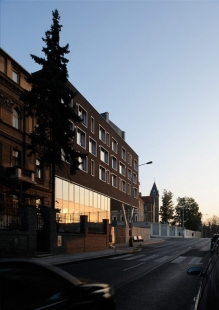 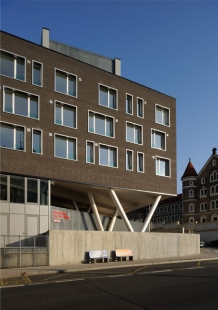 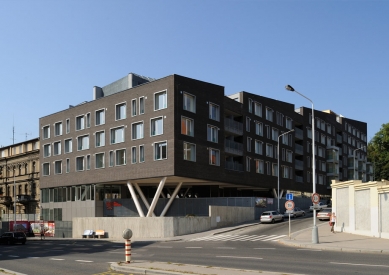 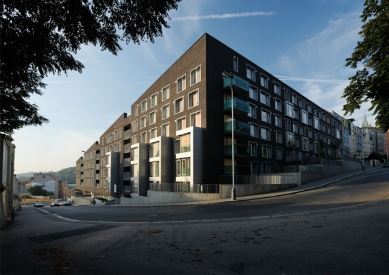 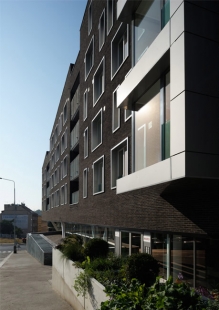 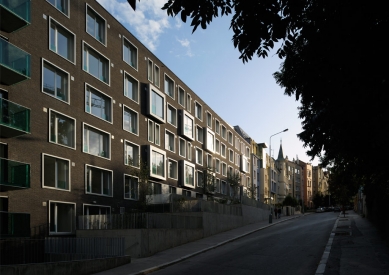 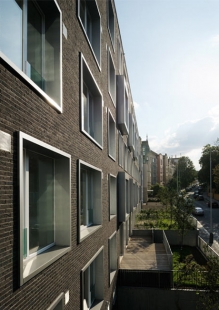 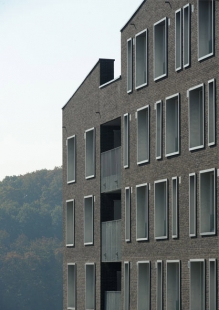 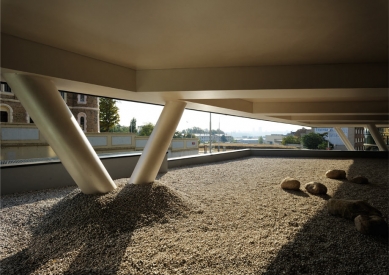 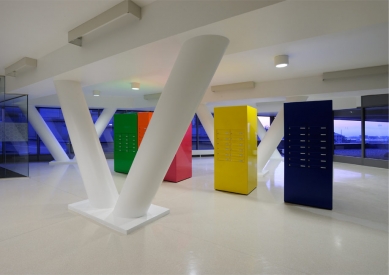 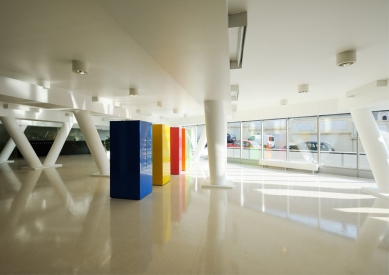 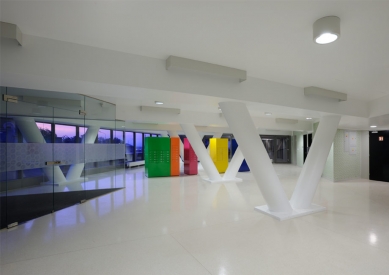 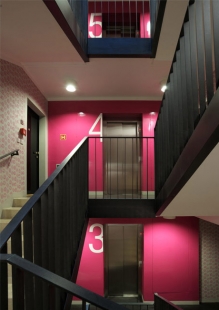 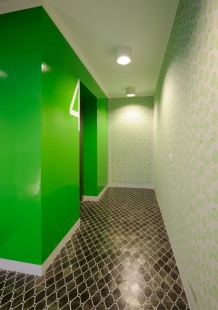 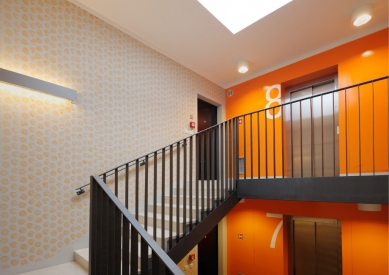 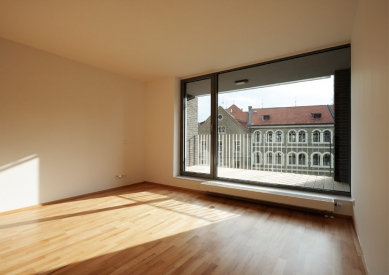 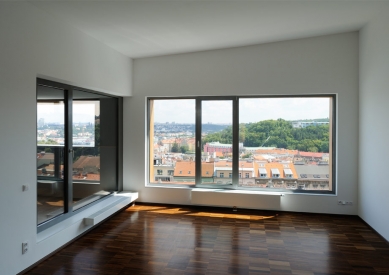 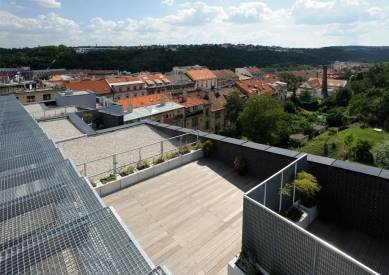 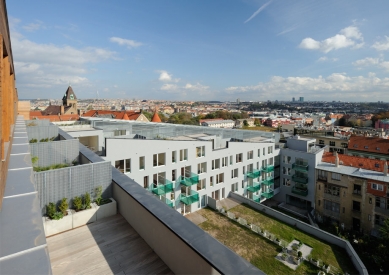 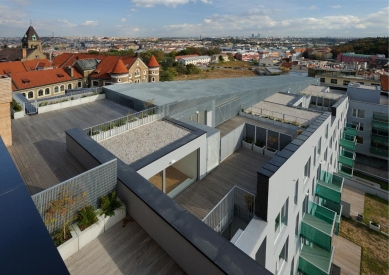 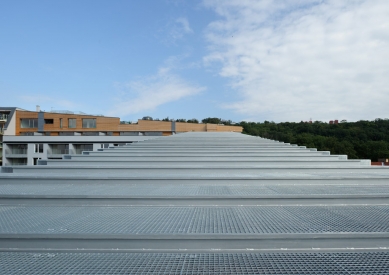 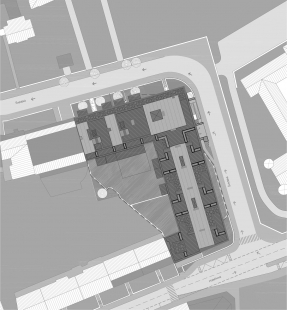 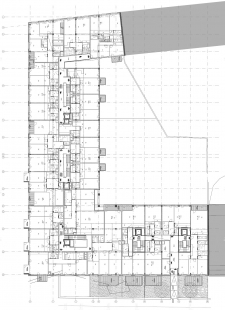 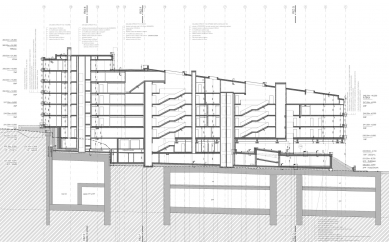 more buildings from 4A architekti