Kostnické náměstí was built at the end of the 19th century together with the construction of district Žižkov in Prague. It was designed as a park square, as an enclosed oasis in the middle of a stone town. The park space was surrounded by a serpentine of adjacent streets. This solution elegantly dealt with the significantly descending terrain. The square itself thus acquired a specific character and in its center an almost flat area was created, so valuable in the dramatic Žižkov context. The original character was disturbed in the 20th century mainly by the insensitive location of the substation for powering trams and its later expansion, which was associated with inappropriate modifications of the entire park center of the square. Many barriers and terrain breaks were created, which fragmented and reduced the free space. The authentic handicraft elements of small architecture remained in a very poor technical condition and only as a torso.
Five trees patiently watched all these changes and grew slowly into its contemporary beauty. Their crowns enriched the square with a vault and an amazing atmosphere. They have become an aesthetic and microclimatic value of the place.
The proposal for the revitalization of the square was based on respect for its original creators and existing trees. The aim was to restore its dignity and sophistication, which emanates from old photographs. At the same time, it has the space to create an ordinary, simple impression without unnecessary ostentation, which is a basic feature of the whole district Žižkov.
The aim of the revitalization was to remove all unnecessary barriers from the place, widen the free flat plot between the sloping streets and create a pleasant space - free and safe green oasis.
The preserved historic staircase, stone walls and parts of the cast iron railing have been sensitively repaired and supplemented. On the perimeter sidewalk, the Prague mosaic was restored in the original pattern according to the preserved photographs.
The new modifications were designed in a contemporary and modest concept, which supports the subtleties and decorativeness of historical arts and crafts elements of small architecture and the surrounding houses forming the space.
The designed permeable surfaces and roofs with extensive vegetation on the existing building and in the newly designed café contribute to the increased retention capacity of the area. Rainwater is accumulated and is used for flushing toilets and irrigation of greenery.
The reduction of the building to power the trams proved to be unrealistic. Therefore, the building was treated in the design as a natural part of the park, which was enlarged by landscaping and the originally unusable areas around it. Its façade was repaired and the visually exposed roof was transformed into an extensive roof garden.
A valuable center of the space is the free space under the treetops, framed by plants, thanks to which the visitor can perceive the variability of nature, color and smell of flowers.
The design also included a water element hidden in the pavement - a fogging system, contributing to a better microclimate on summer days. For greater safety of the space at night, attention was paid to the clarity of simplicity, its illumination, especially the dark parts under the stone wall.
The newly designed wooden cafe stand, including barrier-free toilets and space for storage of mobile furniture and garden games supports also cultural and social activities in this area.
The revitalized public space provides conditions for rest, work, play, meetings, refreshments, music, dancing, sharing, open-air exhibitions and many other activities of all generations of the inhabitants of this part of Žižkov, and people gradually breathe life into it.
The project was elaborated in all phases from the study to the author's supervision on the construction site, including consultation with authorities, and was based on intensive interdisciplinary cooperation. The solved area is located in the Monument Zone Vinohrady, Žižkov, Vršovice.
A part of the solved area is a substation for powering trams and a PREdi distribution transformer station. Modifications of the ramps and terrain in the vicinity of the substation required high and low voltage relocations, which was part of the documentation for the zoning decision. There is also a gas control station on site, as part of the project, the location was consulted and the column cladding was designed. 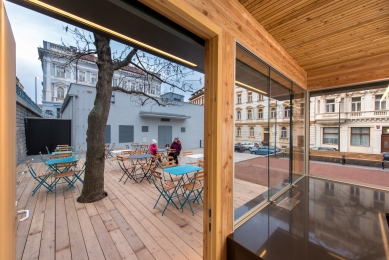 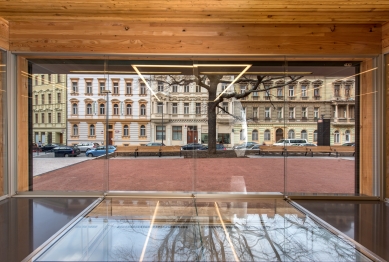 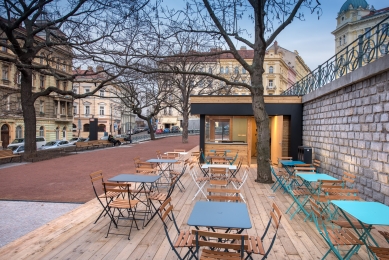 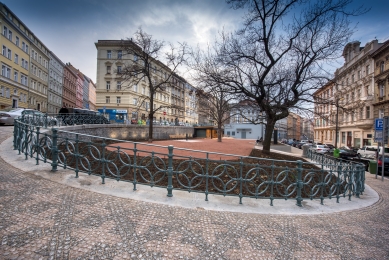 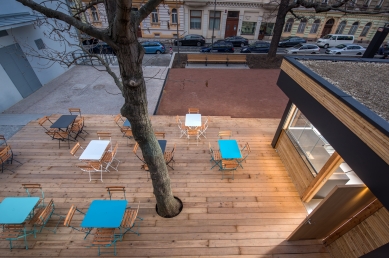 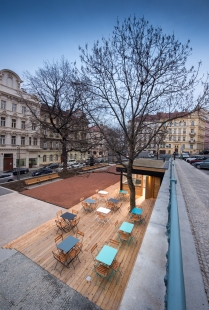 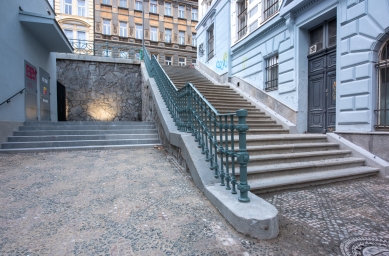 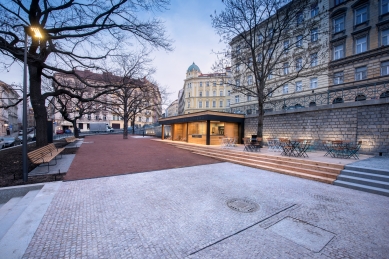 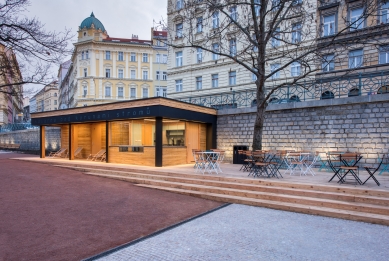 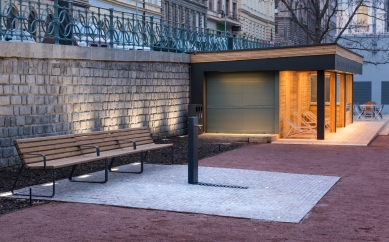 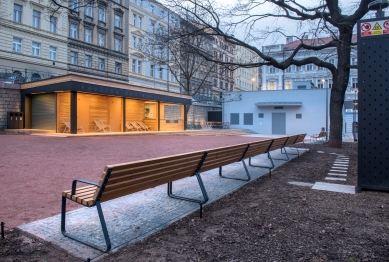 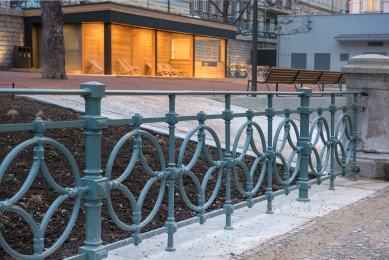 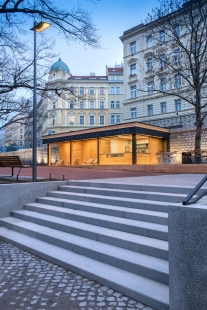 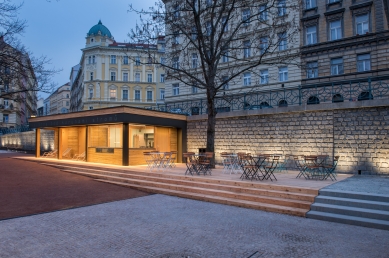 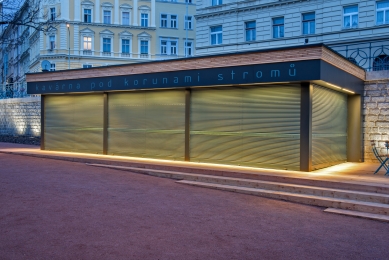 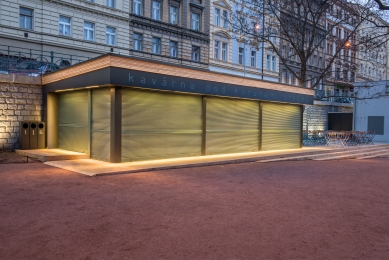 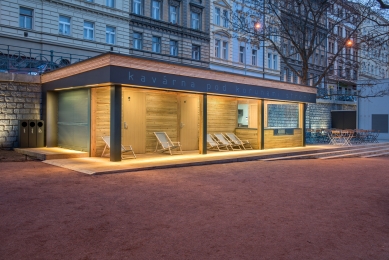 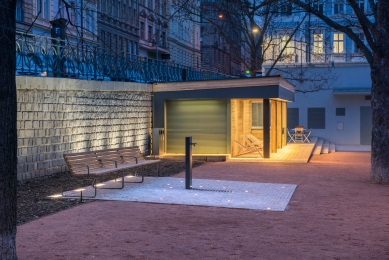 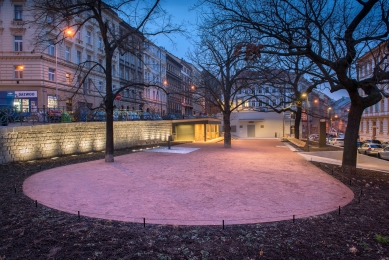 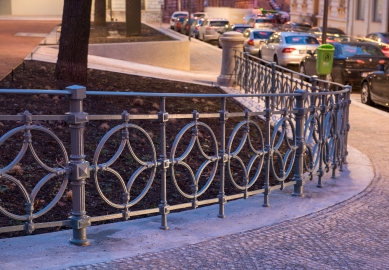 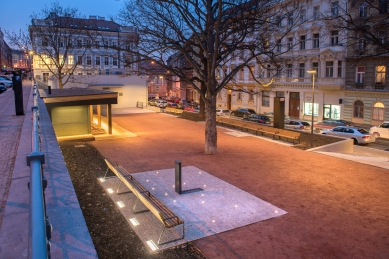 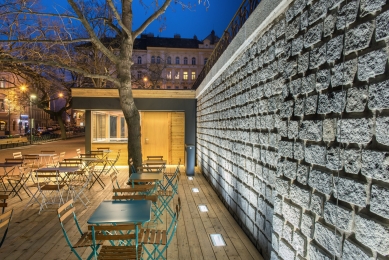 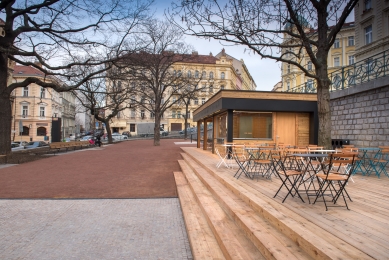 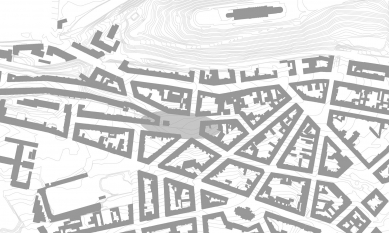 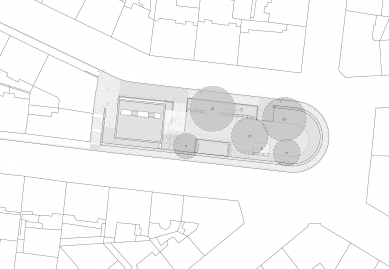 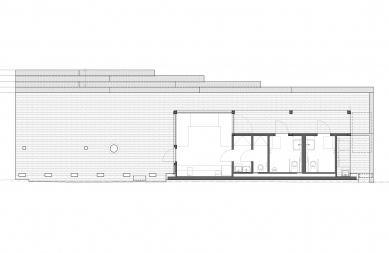 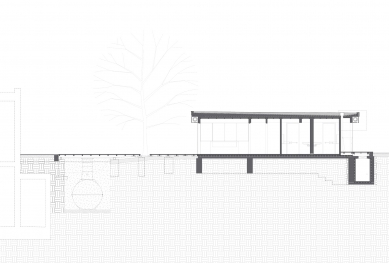 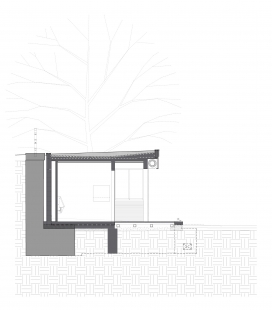 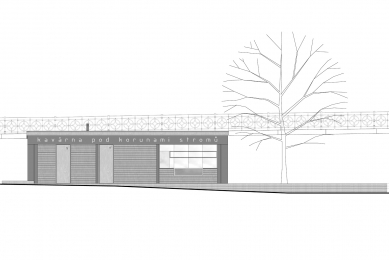 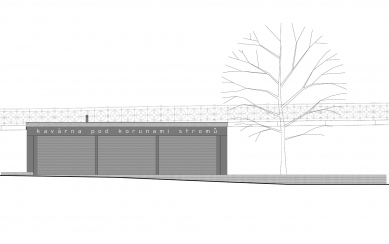