The Renault Centre has been described as the practice’s most ‘playful’ structure. However, its development owes much to earlier, perhaps more reticent schemes for clients such as Reliance Controls and Fred Olsen, which delivered inexpensive, flexible buildings to tight schedules. The Centre was commissioned as the French car manufacturer’s main UK distribution facility. In addition to warehousing, it includes a showroom, training school, workshops, offices and a staff restaurant. The notion that ‘good design pays’ has almost become a cliché, but in this case it is quantifiable: on the strength of the design, supportive local planners increased their site development limit from 50 to 67 per cent, allowing a floor area of 25,000 square metres. This is housed within a single enclosure supported by brightly coloured tubular masts and arched steel beams, forming a striking silhouette within its surrounding landscape.

The structural system that repeats itself to form this external outline is based around a 24 by 24 metre bay - a much larger than usual planning module developed so as to maximise the planning flexibility of the internal spaces. This expansive horizontal span is combined with an internal clear height of 7.5 metres, allowing the Centre to accommodate a range of uses from industrial warehouse racking to its subdivision into office floors. Enveloped by a continuous PVC membrane roof, pierced by glass panels at each mast, the building is also stepped at one end, narrowing to a single, open bay that forms a porte-cochère alongside a double-height ‘gallery’. Primarily a showroom - as signified by suspended car body shells - the gallery was used by Renault as a popular venue for arts and social events, encouraging wider community involvement in the building.

As much as its internal spaces, however, it is the building’s almost festive ‘Renault-yellow’ skeleton that gives the Centre such an identifiable character. Significantly, this created such a memorable image that the building, alone among the company’s facilities, did not need to carry the Renault logo. In fact it is so closely associated with the brand that for many years Renault used it as a backdrop in its advertising campaigns. 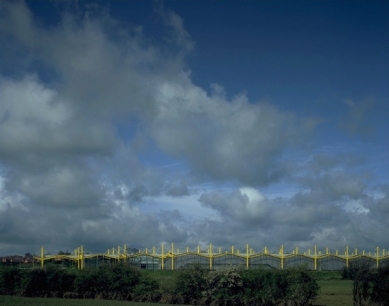 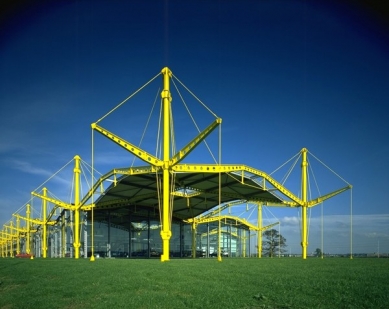 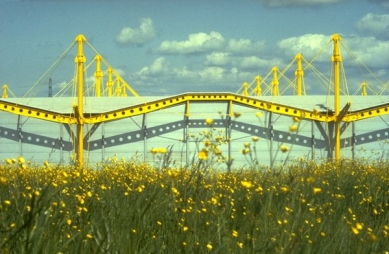 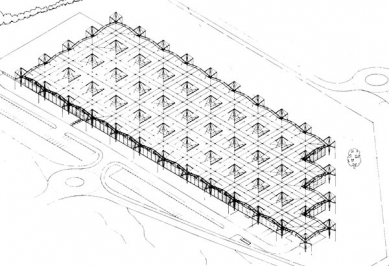 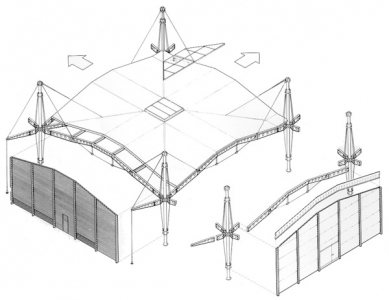 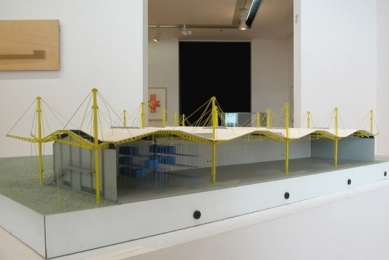 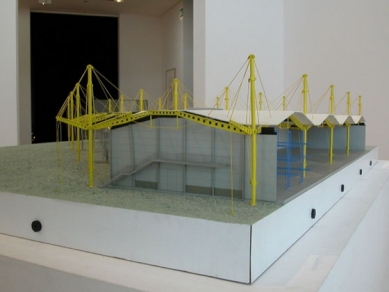 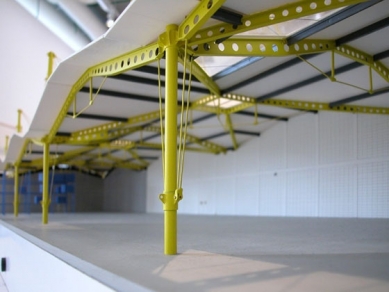