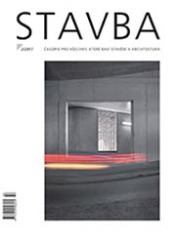 100 Kč
The Gothic-Renaissance tower was built between 1574 and 1581 in the heart of the historic centre of town, near the Cathedral of the Holy Spirit.
The basic solution concept is based on the essential repairs to the structure following inappropriate restoration work in late 80’s. In addition to the required building modifications, particularly following unsuitable work at the end of the 20th century, an effort was made to revive this cultural monument and adhere to the principle of interconnecting individual structural units over time and space. All the damaged parts were restored and new contemporary interior elements – stairs, landings, exhibition and interactive elements, with teaching and entertainment programmes – were installed in the prepared historic tower space. A unique glass model of the tower at a scale of 1:20 was installed in the tower. A new three-floor entrance annex, used as the new entrance and also as the local town info-centre, was built.

The refurbishment design of Hradec Kralove White Tower - prominent supra-regional cultural landmark –represents a unique combination of a sensitive conservation approach to the building values and benefit of active exploitation of this town dominant at present information period. 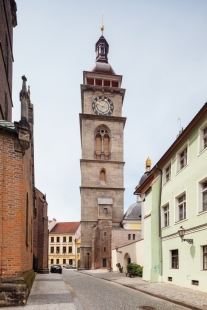 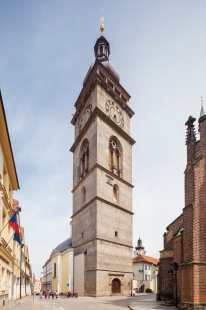 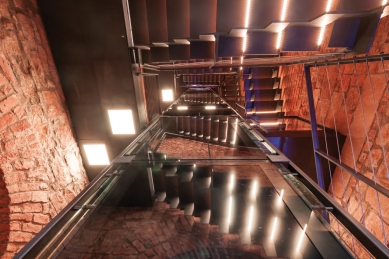 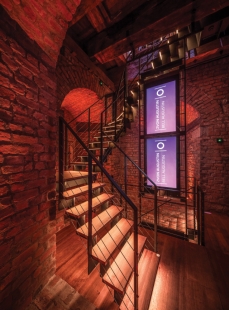 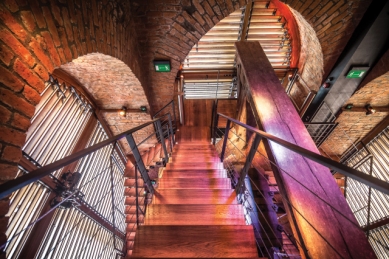 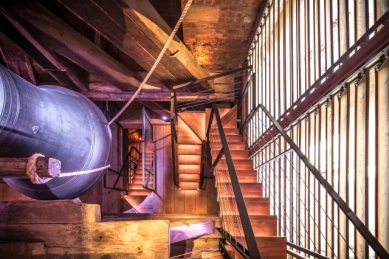 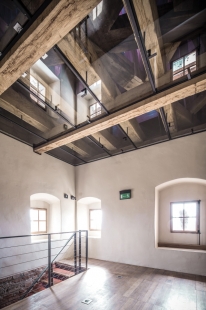