x
Project context  The small-size site is located on a slight western slope, in a suburban area of the capital city. It has a very good public transport access from the city centre.
House  Given the constraints of the lot, the house has been designed as 2-storied. The upper floor, containing the bedrooms, protrudes forward and leans on two steel pillars. The gable of the saddle roof with its archetypal shape levitates towards the road. It roofs the entrance and the parking space and, above all, naturally complements the street front. The rear part of the upper floor rests on the lower receding mass which comprises the living space and a study with a street view.
On the southern plot boundary, at the entrance to the site, the new house communicates with an old plum tree which shakes hands with it and welcomes it among the motley of longtime-resident houses. A cherry tree stands in the main view-through axis and decorates the main living space and the stairway.
Thanks to the play of daylight and artificial light, the house becomes a living organism changing its appearance during the day and during the seasons of the year.
The expression of the house is composed of details, rendered in simple materials, down to the fine bevel edges on the wooden stairs. Attention was devoted to selecting each grid, knob and handle, switch, doorbell, or mixer tap both in terms of type and a specific tint.
Apart from green rubber weaving through the house as an interlinking element, from head to toe the house wears white tones with minute accents in black and grey. That way, the scheme of the palette forms a background for life itself whose colourfulness will imprint the final appearance on the house. I am pleased with the result and I would like to thank the investors without whom the house could not have been created. 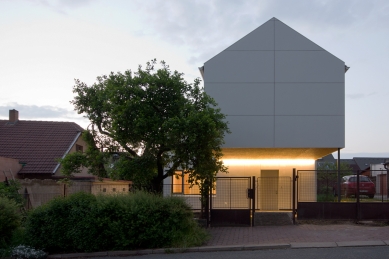 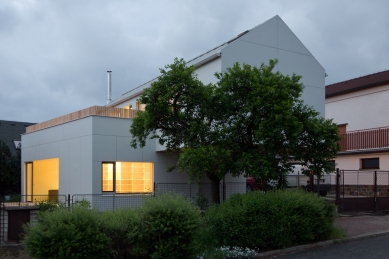 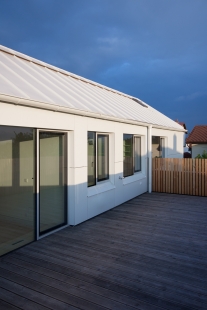 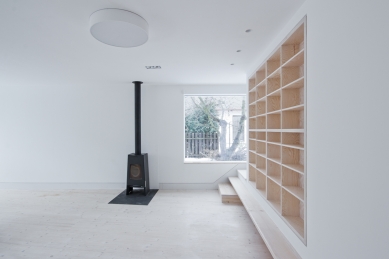 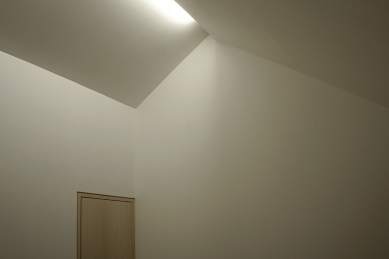 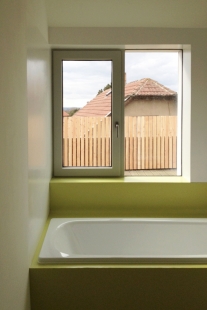 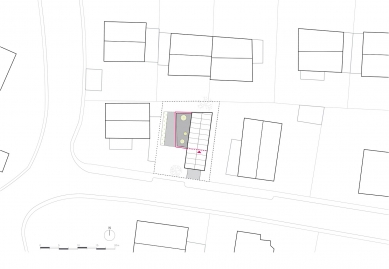 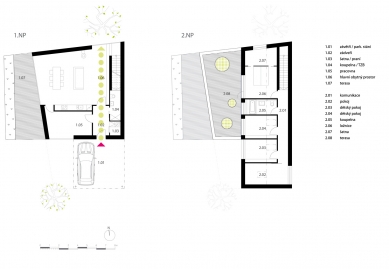 more buildings from BY architects